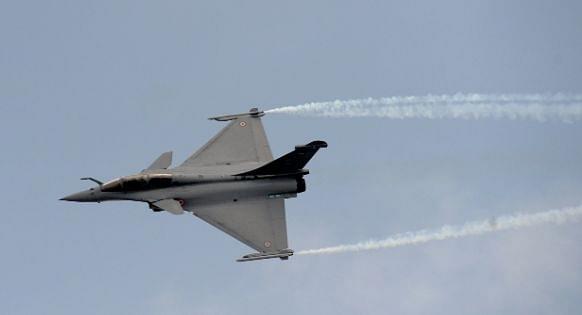 On Friday, the Indian Parliament’s Public Accounts Committee (PAC), an audit watchdog panel comprising members of Parliament, launched a sharp attack on the state-owned Hindustan Aeronautics Ltd (HAL) over the lumbering pace of its deliveries of the indigenous Light Combat Aircraft.

The PAC noted in its report, “The committee is disappointed to note that the failure of HAL/ADA (Aeronautical Development Agency (ADA) and Ministry of Defence to provide the required number of aircraft has adversely affected the combat potential of the IAF resulting in security threat to the country… The ADA/HAL have also not been able to provide IAF with even a single production standard trainer aircraft till date. Further, since HAL could not augment its capacity in line with the demand of the IAF, the IAF will have to depend on imported aircraft for a longer time, given its dwindling squadron strength.”

The ill-tempered tone of the report is actually pretty standard fare for Parliament panel reports, which frequently flay defence projects and the organisations behind them on cost and time overruns, bungled planning and any number of the other afflictions that bedevil in-country weapons development. In private, the companies or organisations pulled up by such panels accuse them of not fully understanding the nuances and complexities of indigenous weapons development, and that they paper over their lack of any real deep dive with an impatient, angry tone.

But there’s a problem that could prove a political embarrassment. The PAC is headed by Indian politician Mallikarjun Kharge, who happens to be a senior leader of the opposition Congress Party, which under the leadership of its president Rahul Gandhi, has embarked on a crusade to project Hindustan Aeronautics Ltd (HAL) as a corporation that was betrayed and abandoned for business that was rightfully its own. Over the last six months, the Congress Party has mounted a high-decibel campaign, pushing forward the suggestion that HAL was hung out to dry by the present BJP government in negotiations for Rafale aircraft, and that it has been commercially damaged as a result. In October, the Congress president held a townhall meeting with former employees of HAL and union leaders in an attempt to drum up the notion that their company had been unfairly and insidiously kicked to the kerb.

The PAC happened to submit its report only hours after India’s Supreme Court dismissed a slew of petitions challenging the Rafale deal, an unplanned irony considering HAL’s centrality to the politics surrounding the 2016 fighter aircraft deal. In a political arena where technical and procedural specifics have been trumped by sweeping generalisations and claims high on emotion, the PAC report could easily be seen as an embarrassment for the opposition Congress party, given its self-appointed status as HAL’s knight in shining armour.

Deliveries of the LCA Tejas have been a genuine concern for the Indian Air Force, so the PAC appears to be correctly reflecting what the aircraft’s customer has been saying for months. But has it, by doing so, raised questions on the opposition Congress’s unconditional — the IAF in private calls it opportunistic — embrace of HAL?

There’s more that could be tricky for the Congress’s crusade for Hindustan Aeronautics Ltd.

In March 2010, less than a year before the then Congress-led United Progressive Alliance (UPA) government shortlisted the Rafale and Eurofighter Typhoon in the M-MRCA contest for 126 fighters, the Indian MoD, helmed at the time by defence minister A K Antony declared to a Parliamentary Standing Committee on Defence that “With the current order book position, HAL does not envisage any spare capacity during the next 10 years.”

This was, in other words, an official suggestion that HAL had its hands full with current orders till at least 2020 — with no space to build anything in existing facilities. HAL’s chairman at the time was Ashok Nayak.

To be sure, the suggestion wouldn’t have impinged on HAL’s plans to manufacture the Rafale or Typhoon in India, depending on which one was selected, since the aircraft would anyway be built at a brand new facility in Bengaluru as part of added capacity. But experts believe the MoD declaration is a telling one that raises a red flag — and calls into question the current political narrative that engulfs HAL, including the specific declarations on HAL’s capabilities.

Defence journalist, author and commentator Angad Singh says, “If HAL told the MoD in 2010 that they did not envisage any spare capacity available through 2020, then why bleat about the Sukhoi line winding up now? The Hawk line in Bangalore has already been shuttered, well before 2020. Kanpur has been producing the Do-228 in fits and starts since as long as that facility was set up. The ALH is the only product line that has been running hell for leather and looks to continue for a while longer, handing over to the Light Utility Helicopter, Light Combat Helicopter, and eventually MRH in due course. As for the MMRCA, separate production infrastructure was always planned at HAL’s Bangalore facilities. So whoever decided in 2010 that HAL would be maxed out through 2020 was either delusional or dishonest.”

When the Rafale won the M-MRCA contest and was declared victor in January 2012, negotiations began between HAL and Dassault aviation on the licence production element that envisaged 108 aircraft being built in Bengaluru. These negotiations, says the current government as well as Rafale’s maker Dassault, ran into insurmountable trouble over guarantees for aircraft built by HAL, the cost of the Indian-made jets and how it would throw into disarray the costing matrix upon which Dassault had won the contest in the first place. While the opposition has suggested now that licence production with HAL was dropped with malafide intent, HAL itself has remained largely silent on the many voices now speaking either for or against it on the doomed M-MMRCA negotiations.

The fact that political noise has sought to conflate licence manufacture and offsets partnerships have only helped amplify the suggestion that HAL was insidiously denied legitimate business.

The Indian Air Force wouldn’t officially comment on HAL’s apparent 2010 declaration through the then government about having its hands full, but Livefist spoke on condition of anonymity with a serving officer with the Indian Air Force’s LCA Tejas squadron at Sulur. He said, “The suggestion that HAL had its hands full at that time was not true, and it is not true even today. The PAC report is correct about concerns of the LCA Tejas delivery. HAL has also made several claims about over the years which are not fully in keeping with the ground reality of its capacity or readiness for projects. But that is they way it works.”

The fallout of the storm over Rafale-HAL is likely to be more far-reaching and ironic. At a time when both the current and previous governments have sought, at least in public, to build aerospace capacity in the private sector and ease HAL away from a monopoly of military aircraft manufacture, the controversy will likely heighten the sense of HAL’s indispensability. It’s one of the likely reasons Boeing, in a shrewd business move earlier this year, chose to pitch for India’s next fighter contest, in a three-way partnership that includes HAL.

This article first appeared in Livefist and has been republished here with permission.