Yogi Adityanath's 'Mission Shakti' Aims For Cultural Change In Villages Using Hindutva, And This Is Exactly Where BJP Was Expected To Place Its Fight Against Gender Atrocities 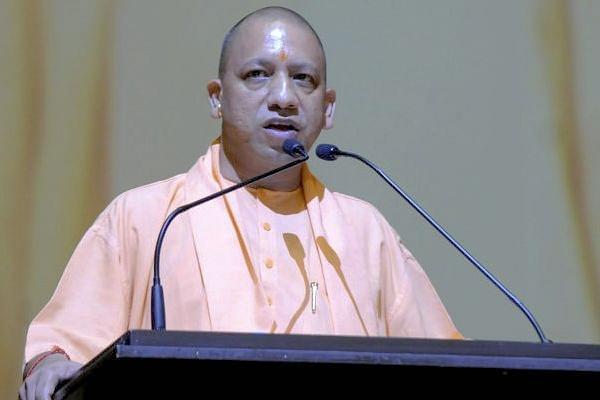 The Yogi Adityanath government in Uttar Pradesh has co-opted the Green Gang in Mission Shakti.

The Green Gang is a group of women volunteers that is known for its work with villagers in Varanasi, Sonbhadra, Mirzapur, Jaunpur, Chandauli and Ayodhya districts for de-addiction, against domestic violence and against gambling.

Reportedly, the Adityanath government will ensure that the Green Gang widens its reach and contributes to Mission Shakti in 50 more villages.

The co-opting of the Green Gang indicates that Adityanath is aiming for a serious intervention at the grassroots to counter incidents of crime and atrocities against women.

Adityanath has been facing heat on the recent incidents of rape and murder of women and girls in Uttar Pradesh.

The co-opting of the Green Gang has taken place within Mission Shakti. It's a commendable move. This author has written about the Green Gang in detail here.

It wasn't just the timing of Yogi Adityanath's move to launch Mission Shakti that reflects his resolve to ensure the safety and dignity of women in Uttar Pradesh. His launching Mission Shakti on the first Navratra has a stamp of an intervention that's not restricted to the tightening of measures and addressing loopholes in the administration, alone.

He seems aiming at bringing a societal change backed by Sanatana values. Adityanath has directed the Education Department to start a programme to link “shiksha” (education) with “sanskar” (good culture) as part of Mission Shakti.

He seems to be focussing on bringing more structural changes towards improvement in response to complaints and calls.

In doing this, he has emerged as a fighter, who is ready to use culture and women as his strengths to fight against the threats to women's dignity.

In the first phase of the Mission Shakti programme, awareness on women safety is the focus. In the second, legal action. In the third phase, action against people who are a threat to the security of women "and those who are promoting wide scale corruption in the schemes meant for the welfare of women."

Let's first look at the significance of the timing of the launch of Mission Shakti.

One aspect deserves mention. Every year, Adityanath is seen observing the rituals at the Gorakhnath Mandir and Math during the Devi pujan in Chaitra and Sharad Navrata.

On the spiritual front of his public life, his pride as the Mahant of the Gorakhnath Math and the worshipper of Shakti becomes visible when he observes the Kanya Pujan on the occasion of Navratra, each year.

In the pujan, a girl, symbolic of the Devi, becomes the centre of reverence. The washing of the kanya's feet, which Adityanath observes over smiles and cheerfulness (aspects not usually associated with his political demeanour), is a ritual practised across cultures in northern India.

Perhaps, the launch of Mission Shakti by Adityanath three Sharad Navratras back (in 2017) would have given a defining picture of women's safety and crimes against women in the state by now.

As it happens in politics, good initiatives sometimes have to wait for devilish catalysts and events.

That, precisely, is the other aspect in the timing of the launch of Mission Shakti.

The hard issues: the alleged gang rape and murder of a Dalit girl in Hathras. A tragedy. A life lost. A hurried cremation. Accusations from the family. Intense politics surrounding the event.

Adityanath has placed an ambitious programme dedicated to women's safety and security in a scenario that was throbbing with anger, discord, incompetence of the administration; the resulting commotion thickened by the media, political acerbity, and vulturous tragedy tourism from several other quarters.

Shakti is another name for the Devi. Shakti means strength.

During the launch of Mission Shakti, Adityanath pointedly mentioned and recalled the values and responsibilities that lie within the society to protect the dignity of women.

He did a virtual inauguration of women help desks at 1,535 thanas.

He specifically mentioned that the the help desks should be a separate chamber made of glass, with essentials such as drinking water, CCTV cameras, a computer to register complaints, stationery for application related work, etc.

Awasthi said that action is being taken under the anti-Romeo squad, the response to which has been encouraging and huge.

Until 25 October, the women power helpline saw action being taken in 933 calls. The calls being received are under divisions: telephone, internet, stalking, hot spot, prank calls and others.

Awasthi also mentioned witnessing noticeable awareness among women on domestic violence, harassment and that checking has been conducted on a large scale.

The checking as per the complaints has led to guardians as well.

Only when these three aspects are in place would any state expect change to show up in data.

Adityanath's statements surrounding Mission Shakti indicate that he values these aspects towards change.

His piercing focus is on "village". In October, he said that 43 per cent of village leaders in UP are women and that reflects the progressive thinking.

He has raised questions on the deteriorating social and moral values in the people's outlook towards women and girls.

He has said that this societal deterioration needs to go. This is going for the bull's eye using eyes, nose and ears.

He connected gender sensitisation to the pandals during Durga Puja, where he turns Left's culturally appropriating narrative (which implies that Hindus worship the Devi but do not respect and rape women).

Most importantly, he has said that people in villages must introspect on why atrocities upon women are being committed by the villagers themselves.

In this author's view, it's a simple but giant statement which points at Adityanath's sincerity and seriousness towards taking the problem head on.

His message is clear and piercing: villagers should be responsible for the well being and safety of the girls and women — as is their social responsibility.

"Gaon ki beti Sab Ki Beti." He is pushing for guardianship that the Left could see, willingly, happily and habitually, as patriarchy.

Adityanath is aiming for making Mission Shakti a two-fold effort to ensure women's safety. One is to build a defence system for women's safety over policing efforts, the other is for pointed endeavours through campaigns, the involvement of teachers and self help groups, and most importantly, the village chiefs, among others.

The outcomes aimed at and expected, are multipronged.

The first would be a societal change in the outlook towards women, in ensuring their dignity and safety in all spheres.

He sent out a stern warning to perpetrators of crimes against women, those who threaten the security of women, and harassers.

To deal with harassers, he had launched the anti-Romeo squads — an initiative and process that has got him appreciation from women across all walks of life in Uttar Pradesh, but made his opponents in and outside UP restive.

The step had won him praise — evident on ground during the 2019 Lok Sabha elections, the advantage of which went to be reaped by the BJP in the presence of an opponent in the Mahagathbandhan.

With incidents of rape and murder trying to throttle his good intentions, Adityanath's actions mean that he is blending warning, caution, creativity and retrospection into the commotion caused by crimes erupting from deep rooted misogyny. He could become slightly destructive to be constructive — as goes the fresh silhouette of his political temperament.

With warnings of consequences such as social boycott, public disclosure of identity of perpetrators through posters, Adityanath has declared a zero tolerance approach towards crime against women and girls.

Not taking him seriously on these warnings, for criminals, would account for poor judgement.

The cultural core of Hindutva is where the BJP was expected to and ought to have placed its interventions and work on women's security and crime against women.

His use of symbols, appeals and even warnings indicate that his fight for women's dignity has slipped, gallantly into the Hindutva expanse.

Adityanath has cited an Allahabad High Court order on religious conversion for marriage to raise the issue of "love jihad". This, in that phase of 'Mission Shakti', when he has announced that "Mission" Shakti will transform into "Operation" Shakti.

It's evident that Adityanath could be taking this fight against crime against women in the same mind and muscle as his fight against Encephalitis -- a disease. Any improvement and impact in intangibles and tangibles will make the Left in media and politics elaborately queasy with ruse.