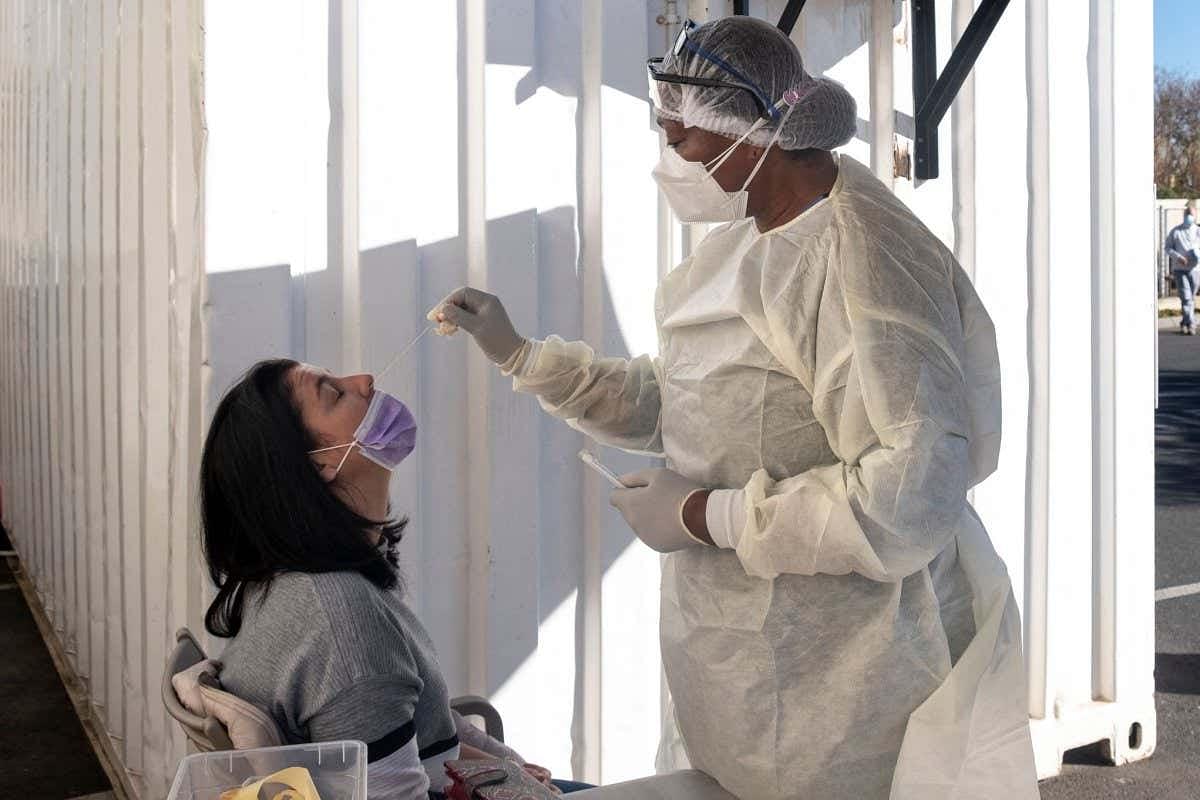 A woman being tested

London, Dec 23 (PTI) COVID-19 infections with the Omicron variant of coronavirus are less likely to result in hospitalisation compared to the Delta strain, according to early results from a study conducted in the UK.

The researchers from the Imperial College London, UK, noted that these estimated reductions in severity must be balanced against the larger risk of infection with Omicron, due to the reduction in protection provided by both vaccination and natural infection.

For example, at a population level, higher number of infections could still lead to large number of hospitalisations, they said.

'Whilst the reduced risk of hospitalisation with the Omicron variant is reassuring, the risk of infection remains extremely high.” Professor Azra Ghani, from Imperial College London.

'With the addition of the booster dose, vaccines continue to offer the best protection against infection and hospitalisation,' Ghani said.

The researchers cautioned that insufficient time has passed for enough data to have accumulated for severity to be judged for more severe outcomes such as intensive care unit admission or death.

Reinfection is associated with approximately a 50-60 per cent reduction in hospitalisation risk compared with primary infections, according to the researchers.

Moderately reduced severity is also supported by the observation that the mean lengths of hospital stay for Delta and Omicron cases in the study were 0.32 and 0.22 days, respectively, they said.

'Our analysis shows evidence of a moderate reduction in the risk of hospitalisation associated with the Omicron variant compared with the Delta variant,' Professor Neil Ferguson from Imperial College London said.

'However, this appears to be offset by the reduced efficacy of vaccines against infection with the Omicron variant,' he said.

The researchers noted that Omicron cases on average had less follow-up time in the study.

They said that as more data accumulate, with longer periods of follow-up, assessment of more severe outcomes will become feasible. The study authors said it is essential to place the severity of Omicron in the context of reinfection risk in countries, like England and South Africa, where a large proportion of the population may have already been infected.

'Given the high transmissibility of the Omicron virus, there remains the potential for health services to face increasing demand if Omicron cases continue to grow at the rate that has been seen in recent weeks,' Ferguson added.