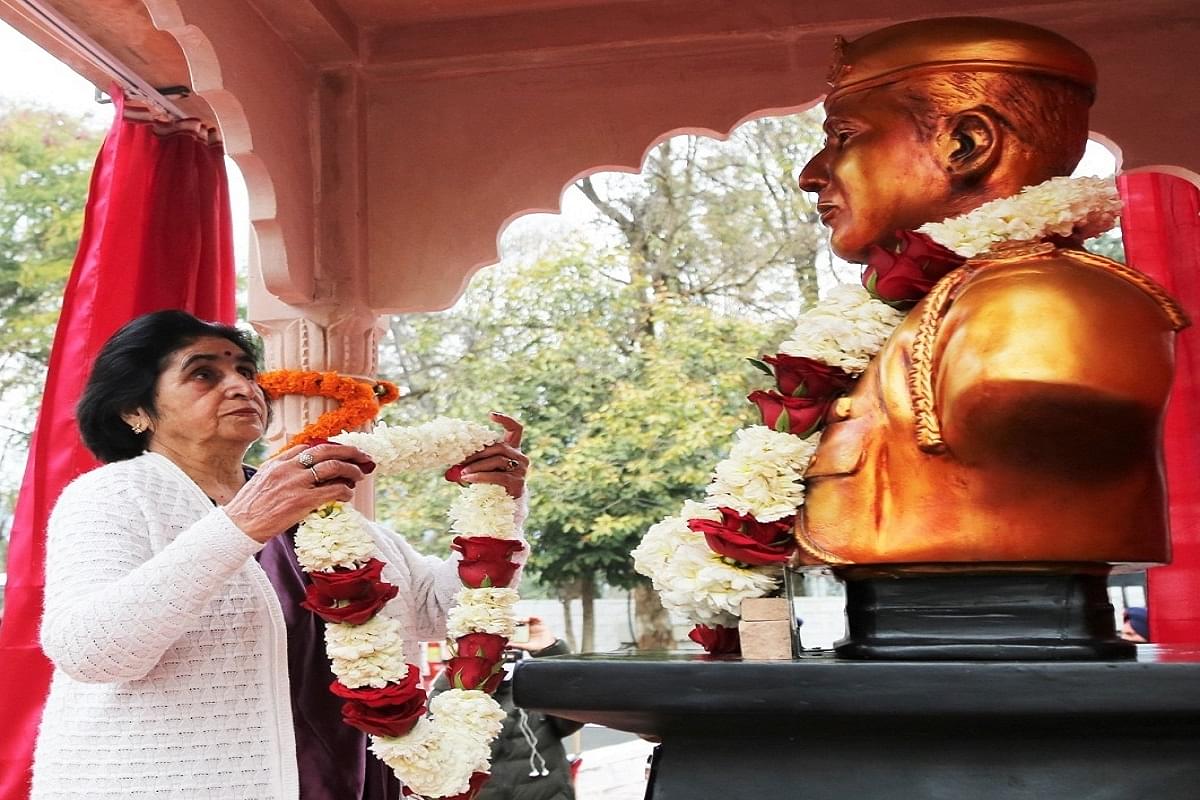 The unveiling of the bust in the soldier’s hometown will inspire generations to come, they said.

Lt Gen Joshi was the commanding officer of the 13 JAK Rifles during the Kargil war, they added.

As a token of remembrance, this placement of the bust of Capt Vikram Batra at his birthplace will also serve as a source of inspiration and motivation for generations to come, they said.

Capt Batra's bravery, camaraderie and devotion to his duty were extraordinary and will always find exalted place in the annals of our military history, the Army officials said.

On July 7, 1999, Captain Batra, a young and brave officer, who had caught the fancy of the nation and become the icon of the Indian Army officer spirit by his success signal to capture Point 5140 with victory message 'Yeh Dil Maange More' made the supreme sacrifice but not before capturing Point 4875 during the Kargil War, they said.

Point 4875 is a mountain top along the Line of Control (LoC). It is also known as the Batra Top, named after the soldier.

During the commemoration, Lt Gen Joshi recollected the undaunted courage of Capt Batra that inspired his men to fight valiantly and eventually led to the successful capture of Point 5140, which further paved the way for a string of victories at Point 5100, Point 4700, Junction Peak and Three Pimple in Drass sector in Kargil.

He also mentioned about the crucial role played by Capt Batra for the capture of Point 4875, in which he assaulted on the enemy position along a narrow ridge that led to a fierce fight and killed five enemy soldiers at point-blank range, the officials said.

With utter disregard to his personal safety, leading from the front, Capt Batra pressed on the attack to achieve a near-impossible military task in the face of heavy enemy fire, and in keeping with the highest traditions of the Indian Army, made the supreme sacrifice for which he was awarded with the highest gallantry award 'Param Vir Chakra', they said.

'The sacrifice of brave hearts will never be forgotten, who went beyond the call of duty and showed exemplary courage and unflinching determination and will always be etched in the heart and mind of all Indians,' the Army said.

It was most befitting that his gallant action was commemorated by his then commanding officer of 13 JAKRIF, it said.