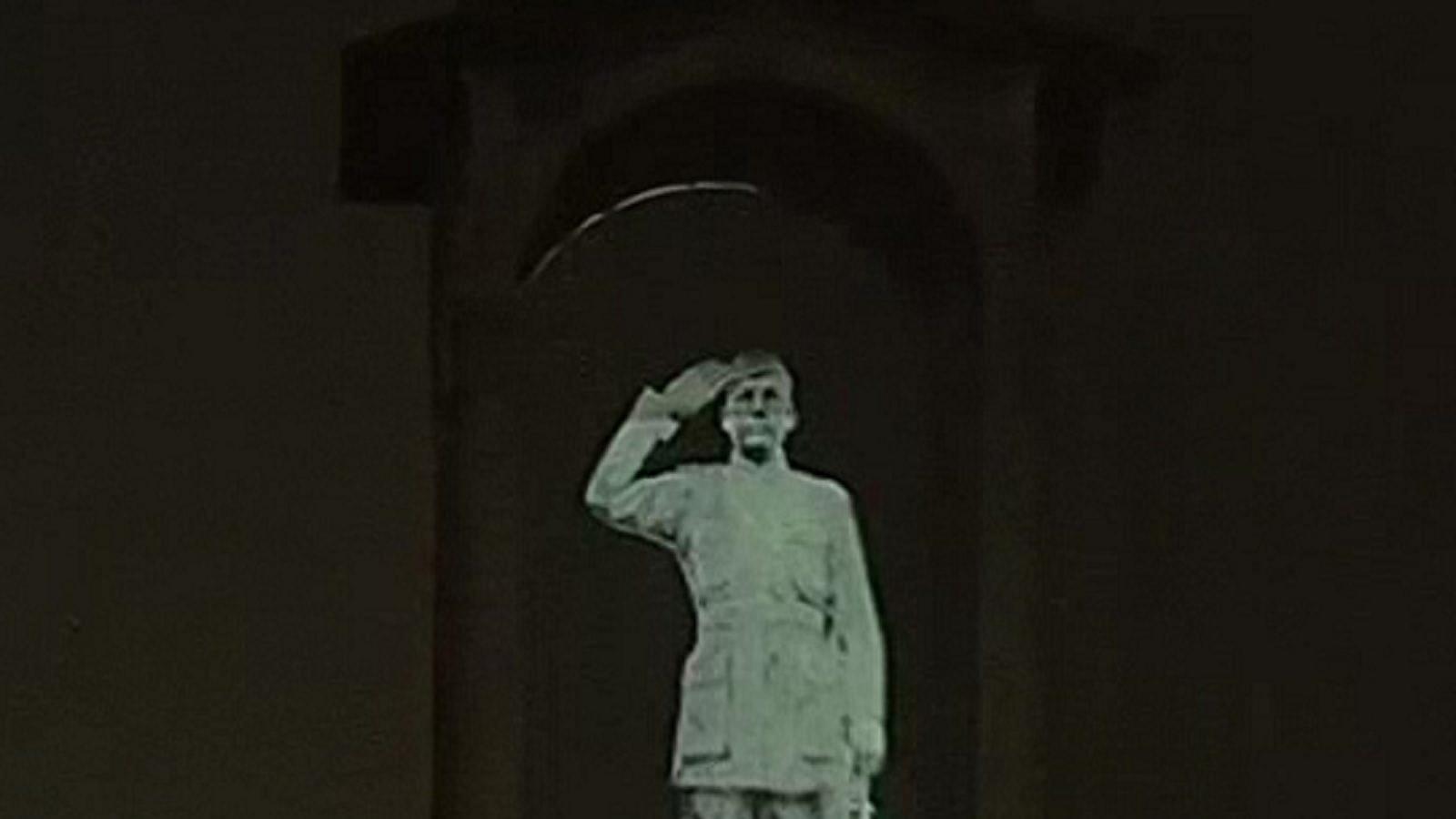 A grand statue, which will be made of granite, will replace the hologram statue once it is completed.

The prime minister also conferred the 'Subhas Chandra Bose Aapda Prabandhan Puraskar' for the years 2019, 2020, 2021 and 2022 in the investiture ceremony. A total of seven awards were presented during the ceremony.

The Union government has instituted the annual award to recognise and honour the invaluable contribution and selfless service rendered by individuals and organisations in India in the field of disaster management.

The statue, Modi had said earlier, will be a fitting tribute to Bose's immense contribution to the freedom struggle and would be a symbol of the country’s indebtedness to him.

The hologram statue will be powered by a 30,000 lumens 4K projector.

An invisible, high gain, 90 percent transparent holographic screen has been erected in such a way that it is not visible to visitors.

The 3D image of Netaji will be projected on it to create the effect of a hologram, the government has said.

The size of the hologram statue is 28 feet in height and 6 feet in width.