‘He Said He Will Go To Jannat If I Converted,’ Says Hindu Woman Who Accused One Shahbaz Of Trapping Her With False Name 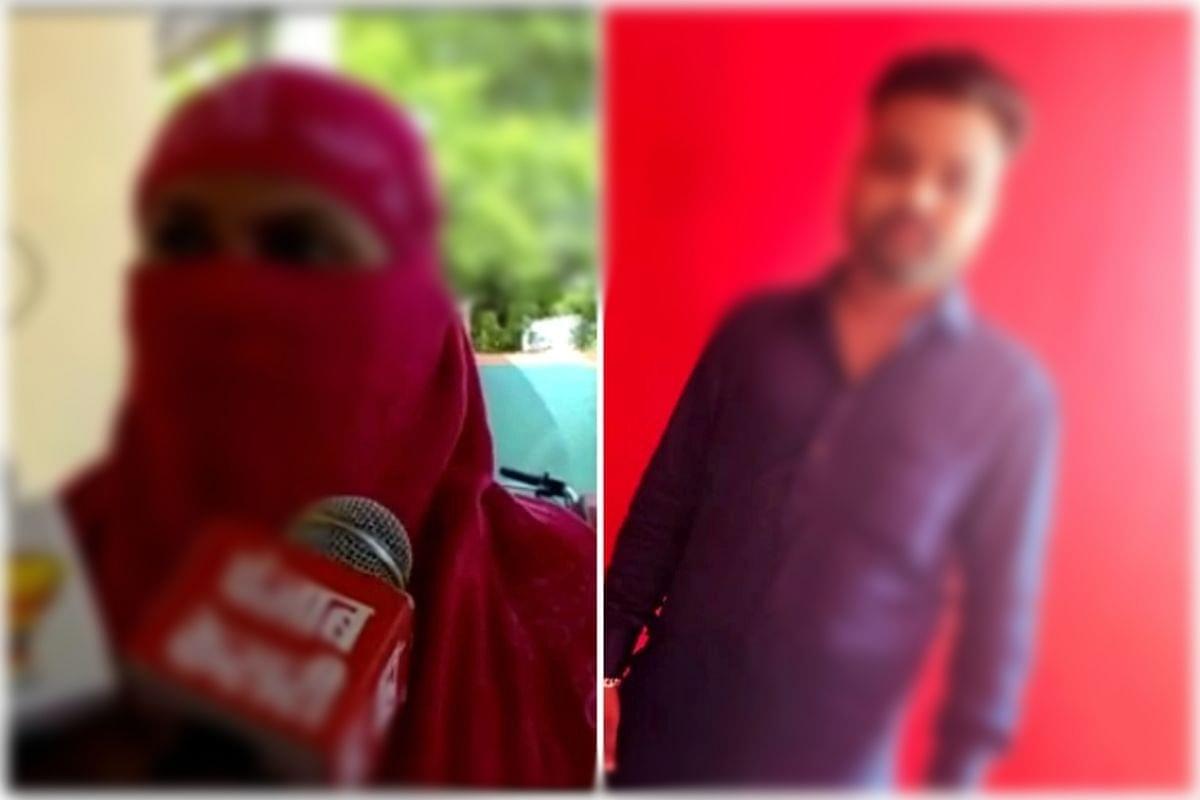 Madhya Pradesh police have arrested a Muslim man after a Hindu woman accused him of faking his religious identity to trap her in a relationship, forcing him to have physical relationship with her and coercing her to convert to Islam.

The woman, Durgesh Nandini Chauhan, told Swarajya that Shahbaz Seth, who faked his name as Rahul Gurjar to her, has rigid Islamist views. She says that he told her that invaders would capture India day soon.

Shahbaz was booked under various charges including rape and the Madhya Pradesh Freedom of Religion Act.

In the FIR, Durgesh Nandini, a resident of Vidya Vihar colony in Timarni told the police that she is 24 years old, enrolled in a Bachelor of Science course and is from a scheduled caste.

About 1.5 years ago, she met a boy at Harda Degree College who introduced himself as Rahul Gurjar. He seemed very supportive of her academic and career goals. Soon they started meeting frequently, fell in love and were sexually intimate, her complaint says.

One day, when they were at his office in a small stone mine in Sarsaud, she got suspicious about his identity. After much probing, Rahul revealed that his real name was Shahbaz. He said he had to fake his identity because he wasn’t sure if she would have agreed to a romantic relationship if she knew about his real identity.

On 14 November 2021, he took her to Kannaud, Mallharganj, under the pretext of getting her a job. Here, unbeknownst to Nandini’s family, the couple started living together.

In Kannaud, Shahbaz became more controlling. He would monitor Nandini’s phone calls to her parents and insist that she should keep the speakerphone on when talking to them.

He also had started recording their intimate moments on his phone. He would threaten to release these videos on the internet whenever she tried to avoid his sexual advances.

One day, Nandini asked Shahbaz to let her visit her parents as she had to attend a family event with them. He agreed, but on the condition that she should return within two days. If not, he would share her video clips online.

When Nandini was able to get to her house, she shared her plight with her parents and approached the police station the same day. She did not register the case at Sirali station, fearing Shahbaz.

When this correspondent called the Town Inspector at Sirali police station, Madan Lal Pawar, on 13 June, he said the police arrested the accused on 30 May from near his Kannaud office.

The officer said that the survivor recorded her statement under section 164 of the CrPC on 29 May, and her medical examination took place the same day.

The accused faces various sections of the IPC, including 376 (rape), 376(2)(n) (rigorous imprisonment to the one committing rape), 506 (criminal intimidation) and section 3(2)(va) of the Prevention of Atrocity act, 2015 with sections 3 and 5 of the Madhya Pradesh Freedom of religion Act, 2021.

What the survivor told Swarajya

This correspondent called Nandini on 12 June. She said she met the man when she went to the college for admission. He helped her through the counselling process and offered to later help her fetch a good job. She thought he was a senior at the college and exchanged mobile numbers.

Nandini had completed a diploma in nursing before pursuing B.Sc degree.

Rahul told her that he had studied engineering at IPS college, Indore, and worked at a stone mine.

Nandini’s family lived in Mahendragaon, seven kilometres from Sirali and 25 kilometres from Harda Degree College. Her mother is a government school teacher, her father is a farmer, and her younger brother is studying in Class 12.

They didn’t know about Rahul as Nandini lived alone in Sirali.

One night he insisted on meeting her outside her house. When she agreed, he came over, took her inside the house and started undressing her. Nandini said although she had feelings for Rahul, she wasn’t ready to consummate the relationship. However, she gave in to his advances that night.

In the following days, he took her to his office in a small stone mine where they had intercourse. This became routine. One day, Rahul went out to work, leaving his phone behind. When a call came, Nandini took it and spoke to a man looking for Shahbaz Seth. Nandini said that was Rahul’s phone, but the man disagreed, saying it was Shahbaz’s.

Nandini then confronted Rahul, who accepted that he was a Muslim and his real name was Shahbaz. He assured her that they would get married. He said he loved her very much, and she would have never accepted him if he had used his actual name.

Later he asked her to tell her family members that she got a job at Kannaud. Nandini did as instructed and moved to Kannaud, where she started living with Shahbaz. She said he treated her well for a while but soon showed his “true colours”.

“He controlled every inch of my life. I was not allowed to answer my parents’ calls without his permission. He would lock me up in the house, take my phone with him and never let me get out of the house,” she said.

“He said he did it out of his love for me. He said he was very possessive about me. I did not understand, but I thought maybe men are like that.”

Nandini said Shabaz’s behaviour became worse with each passing day. He began to beat her often ”as if it gave him some pleasure”.

He also used to tie her hands and make cuts at different parts of her body using sharp knife-like weapons while having sex. “He acted as if he was the master, and I must obey his every command,” she said.

Nandini says Shahbaz is rigid in his religious beliefs and believed he would go to ‘jannat’ if she converted to Islam. He told her he wanted to have two wives - one from his community and the other, Nandini. “He said it’s for my own good,” she said.

He told her, according to Nandini, that after their marriage, she would have to follow everything as per his religion, and wear ”hijab”.

Shahbaz once told her that Hindus are fools who pray to thousands of idols without reason, and they better understand that there is only one supreme power - Allah. They must come to the mosque to find the path to paradise.

He told her that more than half of the soldiers guarding India’s borders are Muslims, and should they stop doing their jobs, the invaders will capture this land.

“He gave me examples of several Bollywood actresses who married Muslim men and converted to Islam. He said it’s because they had learned that there is only one ideal religion and that is Islam,” Nandini told Swarajya.

He told her that many Hindu girls married Muslim boys in Indore, Khargone, and Burhanpur because “these men were the best”. Hindus cannot compete with them, and it is not their fault, as Allah is guiding these women to choose the right path and the right men, Shahbaz would say.

Asked what she expected in the police case now, Nandini said, “I want the strictest punishment for that man. He is the reason why I am not able to get out of my house. My parents and the whole family feel humiliated in society because of a guy who faked his love and name to trap me. I had suffered a lot because of him. He tortured me a lot, and now it’s his turn.”

She added, “I want to tell every girl that many frauds are roaming around. Be sure about someone before getting into a relationship with them. Don’t be so easily available to them. They will make your life a living hell.”

Nandini says that Shahbaz’s family is pressuring her to accept money to settle the case outside the court. She says one of the members from Shahbaz’s family threatened to abduct her brother or kill her father if she didn’t withdraw the case.

“I need justice, not anyone’s money,” she says.

Also Read: Interfaith Love: Rachna, Who Eloped With Irfan And Accused Him Of Forcible Conversion, Is Dead