‘He Was Forcing My Daughter To Convert To Islam And Marry Him’: Father Of Ankita, Who Died After Stalker Set Her On Fire 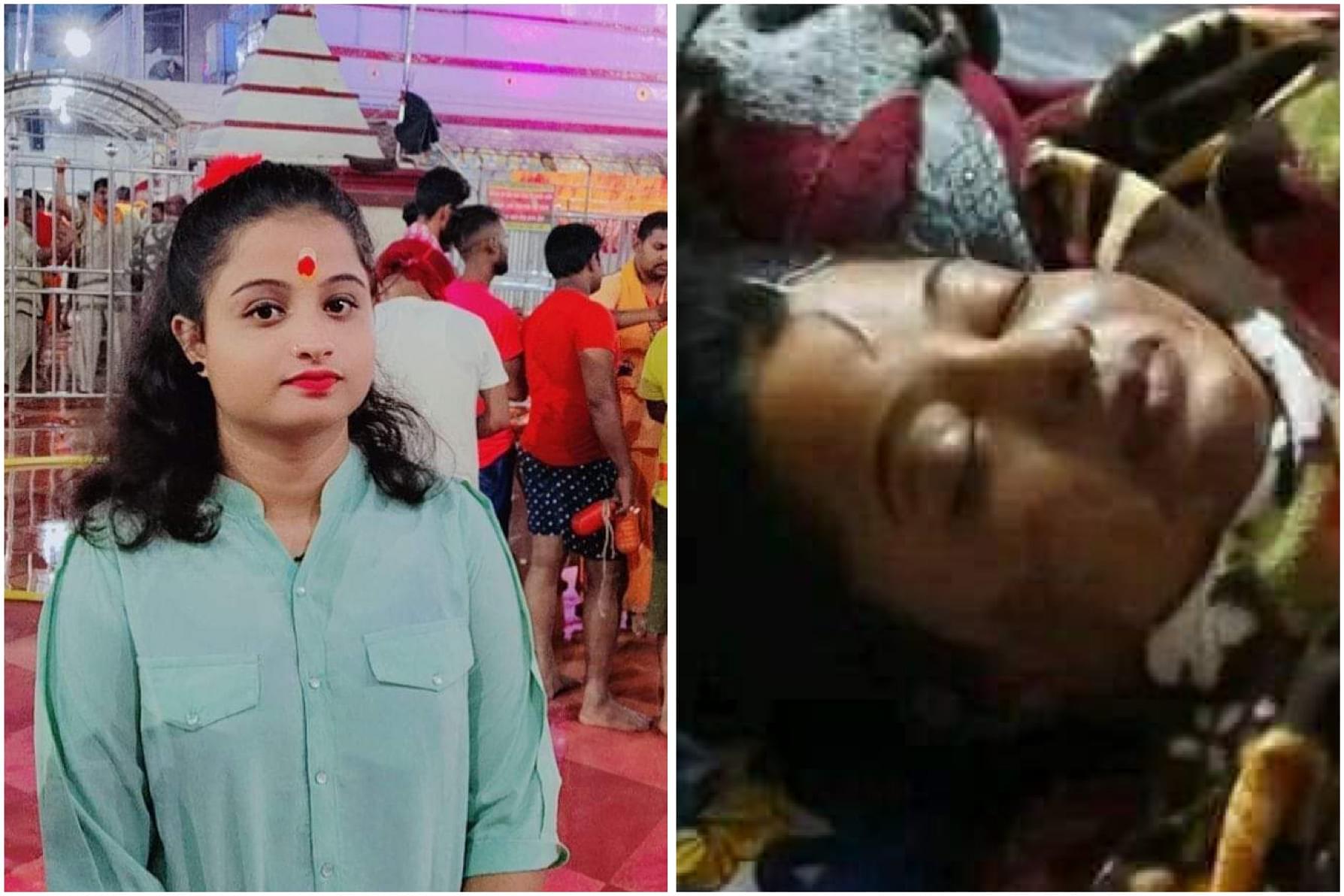 In Dumka district of Jharkhand, a young woman died yesterday after a stalker poured petrol on her and set her on fire a few days earlier. As has been the pattern in my such cases of late, the woman was a Hindu while the accused belongs to the Muslim community.

Shahrukh Hussain, who is in his twenties, is a neighbour of the victim, Ankita, her father Sanjeev Singh told Swarajya on 28 August.

Ankita died on the intervening night of 27 and 28 August.

In the wee hours of 22 August, Shahrukh came to Ankita’s house, found her sleeping on a bed near a window, and poured petrol on her, before setting off a lit matchstick.

Ankita was the second of three children of Sanjeev and his wife, who is no more. The elder child is a daughter, who is married, and the younger, a son.

While the case has triggered outrage in the area, a shocking video of Shahrukh where he is seen smiling while being in custody of the police has emerged on the social media.

A first information report (FIR) in the case was registered at Dumka police station on 23 August (number 200/2022). The statement of Ankita, who was admitted to the burn ward of the PJMDT hospital in Dumka that time, was recorded by magistrate Chandrajeet Singh.

Ankita said that she was a student of Class 12 and was aged 19. Around ten days ago, she started receiving calls and messages from a man in her locality. He had taken her contact number from one of her friends.

He had been following her for some time. Ankita revealed about the stalker to her family.

On 22 August, he called her up and told her that if she did not talk to him, he would kill her. She told her father, Sanjeev Singh, about this threat. Singh said he would talk to his parents the next morning.

However, that very night, when Ankita was sleeping near a window, Shahrukh came at 4 am and poured petrol on her. Ankita felt a burning sensation on her body and woke up. She woke up to find that Shahrukh had emptied an entire bottle on her and had a pack of matchsticks in his hand. He threw a burning match at her. He was wearing a black T-shirt and shorts.

Ankita, screaming, ran towards her father’s room. He tried to extinguish the fire. Later, she was taken to a hospital with the help of neighbours.

The police booked Shahrukh under IPC section 328 (causing hurt by means of poison etc), 307 (attempt to murder) and 506 (criminal intimidation).

After her death, the police have added murder charges in the case.

What her father told Swarajya

A distraught Sanjeev Singh told Swarajya that Shahrukh lives in their colony. He had been stalking his daughter for more than a year now, he said. Shahrukh used to follow her on her way to school, somehow arranged her contact number and started calling her.

He wanted to have a “love relationship” with Ankita, Sanjeev said. She refused him, saying she had career ambitions. Shahrukh told her he would help make her a police officer if she accepted the proposal.

“Shahrukh used to tell her - marry me, accept Islam, else I will make your life hell,” Sanjeev said.

Asked if Shahrukh used another name to introduce himself, Sanjeev said no, he introduced himself as Shahrukh Hussain right from day one. “He kept on forcing my daughter to marry and convert for months. He was a one-sided lover, a stalker.”

Tired of his stalking, Ankita would skip school often and took her father for her coaching classes. Sanjeev said Ankita was an academically good student.

He said he has been raising his children single-handedly as his wife died several years ago. He does a private job. “I look after my children in the morning and late evening hours only,” he said.

Sanjeev said Shahrukh “crossed all limits” a few months ago when he tried to barge inside the house. It was only after the children shouted that neighbours came and helped them in grabbing Shahrukh.

“They even beat him. But his behaviour did not change.”

After sharing this, Sanjeev said he was not in the condition to say more. He said he wanted justice for his daughter.