Rudra Thandavam: Mohan G Has Once Again Proved That He Is A Man With A Spine 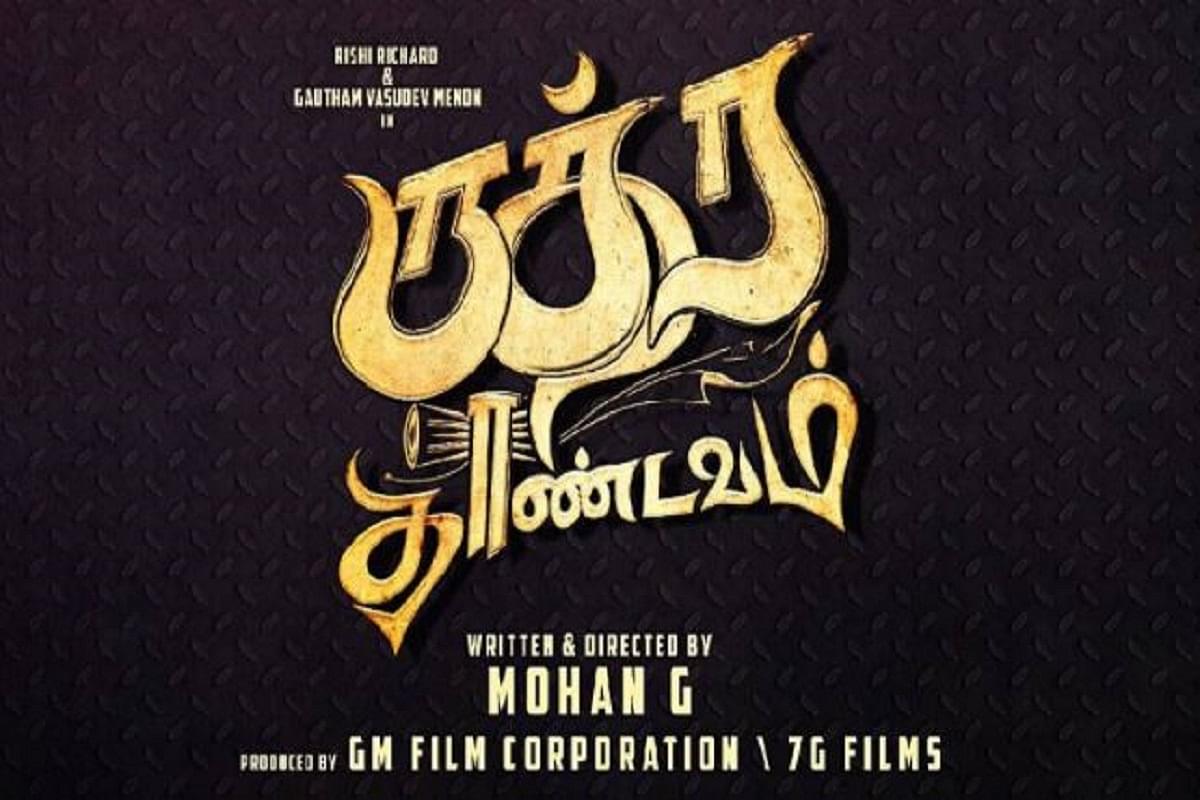 A poster of movie Rudra Thandavam.

Tamil cinema has always had a fascination for retelling ancient epics in contemporary settings. Acclaimed film director Mani Ratnam tried it two times with two different epics — Mahabharata and Ramayana. The Rajinikanth and Mammootty starrer Thalapathy (1991) was based on the Karna-Duryodhana relationship while his Raavanan (2010) was a retelling of the Ramayana from Ravana’s perspective.

While Thalapathy is celebrated as a masterpiece even today, Raavanan, which tried to portray Ravana as this great ‘noble’ tribal leader with Sita undergoing Stockholm syndrome, ended up as shabby work and bombed at the box office.

Even the ultimate superstar Rajinikanth became a victim of such distortions. The anti-Hindu vitriol, Kaala, directed by Pa Ranjith portrayed Ravana as the messiah while Rama was shown as the villain. The movie which is hailed among the usual suspects of media and intellectual circles was an utter flop and dented the image of Rajinikanth.

These two movies are classic examples of what happens when one distorts the very essence of the epic and negates popular history to peddle a narrative. No doubt, Ravana was a great king and an unparalleled devotee of Lord Shiva. But that does not wipe away the fact that he lusted and tried to force himself on another man’s wife.

Both these two epics have been explored by Tamil filmmakers. But Hinduism is a vast ocean comprising a number of puranas that remains unexplored. Director Mohan G has taken a step in that direction by at least introducing the film buffs to Agni Puranam, one of the 18 puranams of the Hindu faith.

For the uninitiated, Agni Puranam also known as Veera Vanniya Puranam is a puranic history which talks about the triumph of Veera Rudra Vanniyar over the asura Vatapi. The Vanniyar community of today trace their origins to this puranam.

This eternal template of the triumph of good over evil forms the premise of Mohan G’s Rudra Thandavam.

But he has retold it using an issue that is of relevance today, of course with his own political philosophy which he is entitled to just like anyone else.

Rudra Thandavam touches on a social issue that no one else will dare to talk about — the misuse of legal provisions meant for the protection of Scheduled Caste (SC) communities. That is because, it has been established by the gatekeepers of the intellectual and media coterie in Tamil Nadu that a ‘progressive’ film has to be one which shows images of the rabid anti-Hindu bigot E V Ramasamy Naicker and Dr Babasaheb Ambedkar together.

Mohan G serves the first blow to them by placing Subramania Bharati and Dr Ambedkar close to each other both of whom advocated social justice in the truest sense.

Rudra Thandavam makes it clear that legal provisions that exist for establishing social justice should not become instruments of injustice.

The Constitution (Scheduled Castes) Order 1950 states that any person who professes a religion different from Hinduism, Sikhism or Buddhism shall cease to be a member of the SC community.

Recently, former Union law minister Ravi Shankar Prasad in response to a question in the Rajya Sabha said that as per the Constitution of India and Indian statute, Hindu persons eligible for reservation benefits, like those belonging to SC, cannot avail the same benefits if they convert to Christianity or Islam.

While Pa Ranjith shoved his hate-filled vitriol down the throat of people, hitchhiking on the superstar himself, here is Mohan G who doesn’t peddle hate against any community and gives equal space for all to have an honest conversation.

In fact, the film has two powerful characters who are Dalits, both of whom help a Vanniyar get justice. If this isn’t social justice, what is? For a change, we have someone in the Tamil film industry who is trying to convey the message of true social justice in his movies.

What Rudra Thandavam Does?

Rudra Thandavam calls out the ugly politics done by those who exploit social fault lines through legal loopholes. Mohan G daringly tears apart the faces of those who use Dalits as pawns for their politics. The film is unapologetic and takes sly digs at the likes of Thirumurugan Gandhi to Thirumavalavan, who thrive on demeaning Hinduism and leave no stone unturned to cut off Tamil people from their age-old culture by joining hands with Christian missionary forces.

The mainstream media both in English and Tamil have already started their campaign to run down on the movie, just like they did for Draupathi which turned out to be a runaway hit despite all the negative rhetoric created around it. The extraordinary response for Rudra Thandavam shows that the content has found resonance among people.

This review was first published on the Commune, and has been republished here with permission.