A Short Introduction To Chloroquine: The Anti-Malarial Drug Being Tested As Cure For Covid-19 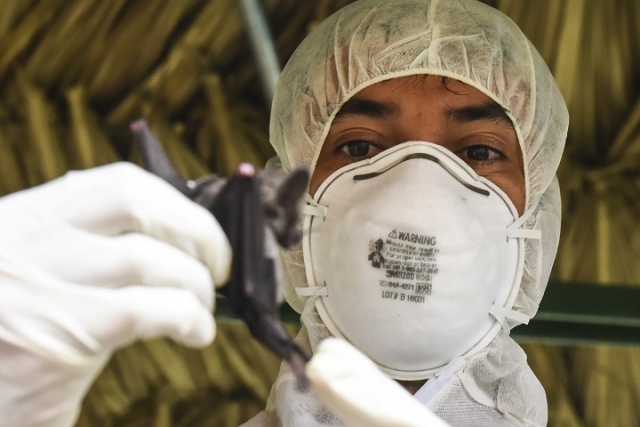 Contrary to popular perception that it was a tweet of US President Donald Trump that started the hype over chloroquine, it was SpaceX founder Elon Musk who had already tweeted three days prior to Trump that the anti-malarial drug ‘maybe worth considering’ for Covid-19’.

He was cautious but considered the use of the drug as ‘better than nothing’.

As an anti-malarial drug, chloroquine attacks a one-celled organism–the malaria causing-plasmodium. But SARS-CoV-2 is a virus, causing the disease Covid-19. So why should an antimalarial drug be used in the therapeutic attempts of a viral pandemic?

Chloroquine may work as a nanomedicine at the cellular level according to a paper published in ‘The Nature Nanotechnology’ on 23 March.

The authors of the paper, Tony Y.Hu, Matthew Frieman & Joy Wolfram study the possible processes at a nano-substance level through which chloroquine could heal.

The process involves the plasma membrane of the cell forming a kind of envelope around the particle to be taken in by the cell. The particle then buds off inside the cell to form a kind of vesicle.

This is the way a cell takes in the needed material.

Two components play an important role in this ‘intake’. One is called clathrin and the other is PICLAM.

In the case of a cell and virus, they need to come together and form a structure for the virus to enter the cell.

Chloroquine suppresses the production of PICLAM. This in turn renders clathrin unable to form the transport vesicles through which the virus can enter.

Chloroquine is thus a broad-spectrum inhibitor of nanoparticle endocytosis, point out the authors in the paper – particularly for nanoparticles of the size 14–2,600 nm and of spherical and discoidal shapes.

Along with this there is another way also through which the drug can work.

The cell organelles thus, including endoplasmic reticulum, Golgi bodies etc. could prevent themselves from becoming centres of viral activity inside the cell.

The cautious optimism over the use of the drug in therapeutic use against the virus does have a scientific basis.

Other combinations of drugs have been tried to treat Covid-19 too; as in the case of a French group study published in the International Journal of Antimicrobial Agents on 20 March this year.

The study involves the treatment of 42 patients with Covid-19, who were treated in-house. Of these, 26 were given hydroxy-chloroquine and the remaining were given the usual care.

Of the 26, six were additionally given antibiotic azithromycin.

By the end of the fifth day, all the six were cured of Covid-19.

Then, among those who took hydroxy-chloroquine alone, seven were completely cured.

In the control group for the same period, only two tested negative for the virus.

Earlier in India, doctors from the Sawai Man Singh hospital in Jaipur had reported how they had cured three patients with a cocktail of anti-viral medicines, ‘a combination of 200mg Lopinavir and 50 mg of Ritonavir twice a day besides Oseltamivir’ along with chloroquine.

Chloroquine is a synthetic drug. Its natural form is quinine, which in turn is the bark of the cinchona plant.

The indigenous shamanic medicine of Peruvians used it for a long time in curing the illness of Peruvians.

When Christendom ‘conquered’ Peru, the Jesuits learned the bark powder extraction and then took the knowledge to the West.

Later, as colonialism and Christianity spread, so did malaria to the ‘new’ lands they ‘conquered’.

When the local shamanic knowledge of Peru failed to cure malaria, the missionaries demonstrated the power of their medicine and hence the superiority of their ‘God’ through the white pills of quinine.

Ethno-botanist Mark J Plotkin has a telling scenario in his famous book The Shaman’s Apprentince .

Here is an extract from the scholastic version that explains how the missionaries used malarial pills for proselytising:

Before the missionaries arrived, the Tirios believed in gods who told them to respect the forest that sustained them. But the white people’s medicine had done what the shaman’s medicine could not. So now the Tirios believed that the missionaries’ god must be more powerful than their own gods. Kamanya watched sadly as the shaman lost his place of honour within the tribe and at the council fire. ....

Then came an ethno-botanist who wanted to study the tribes’ own medicines. And the following conversation unfolds:

The woman, Gabriela, explained that she had come to study the healing magic of the forest plants. The chief told her about the malaria and asked why she wanted to learn their medicine when hers was so much stronger. “Do you know where the treatment of Malaria come from?” Gabriela asked. She explained that missionaries had learned about quinine, the medicine in the white pills, from the forest people of Peru. “This healing medicine comes from the bark of the cinchona tree,” she said. The chief was astonished. A shamanic medicine had saved them after all.

If clinical trials prove the efficacy of chloroquine and it becomes a tool to aid humanity overcome this pandemic, then even as we thank the global science establishment, let us also thank the nameless Peruvian shamans who discovered long back the healing property of the bark of their kadamba.

Note: This is not a prescription for chloroquine. If you have symptoms of Covid-19, please contact your local health authorities.