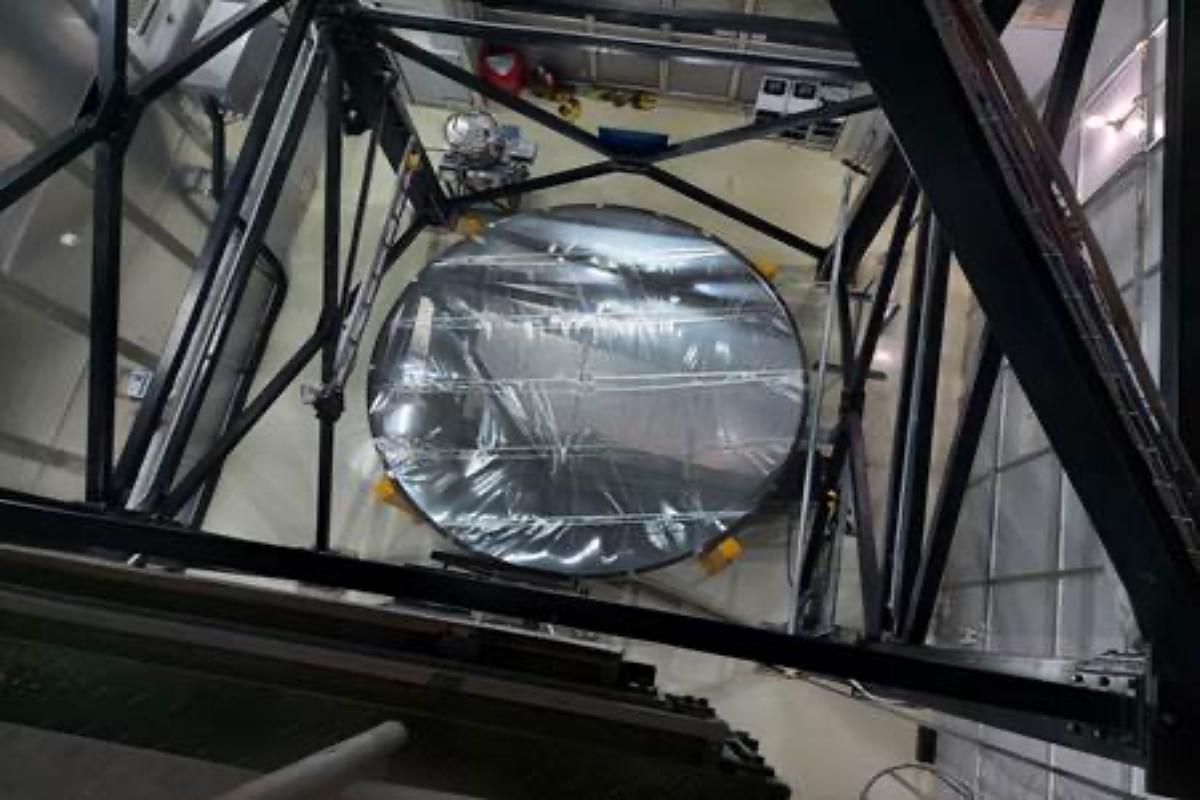 A new telescope facility atop a mountain in the Himalayan range will now keep a watch on the overhead sky to identify transient or variable objects such as supernovae, gravitational lenses, space debris, and asteroids.

The telescope, commissioned at Devasthal, a hill in Uttarakhand's Nainital district, will help in surveying the sky making it possible to observe several galaxies and other astronomical sources just by staring at the strip of sky that passes overhead.

The facility is the first liquid mirror telescope in the country and the largest in Asia, the Science and Technology Ministry said on Thursday (2 June).

Built by astronomers from India, Belgium and Canada, the novel instrument employs a 4-meter-diameter rotating mirror made up of a thin film of liquid mercury to collect and focus light. It is located at an altitude of 2,450 metres at the Devasthal Observatory campus of Aryabhatta Research Institute of Observational Sciences (ARIES), an autonomous institute under the Central government's Department of Science and Technology (DST), in Nainital district, Uttarakhand.

The scientists from the three countries spun a pool of mercury which is a reflective liquid, so that the surface curved into a parabolic shape which is ideal for focusing light. A thin transparent film of mylar protects the mercury from wind.

The reflected light passes through a sophisticated multi-lens optical corrector that produces sharp images over a wide field of view.

A large-format electronic camera located at the focus records the images.

Professor Paul Hickson (University of British Columbia, Canada), an expert on liquid mirror technology, said that the “rotation of the earth causes the images to drift across the camera, but this motion is compensated electronically by the camera. This mode of operation increases observing efficiency and makes the telescope particularly sensitive to faint and diffuse objects".

Professor Banerjee mentioned that Devasthal Observatory now hosts two four-meter class telescopes – the ILMT and the Devasthal Optical Telescope (DOT). Both are the largest aperture telescopes available in the country.

Professor Banerjee is also enthusiastic about the application of Big Data and Artificial Intelligence/Machine Learning (AI/ML) algorithms that will be implemented for classifying the objects observed with the ILMT, the ministry said.

He said, “I am hopeful that this project will attract and motivate several young minds from scientific and engineering backgrounds to take up challenging problems".

“The wealth of data generated with the ILMT survey will be exemplary. In the future, several young researchers will be working on different science programs utilising the ILMT data," said Dr Kuntal Misra, who is the Project Investigator of ILMT at ARIES.

“When regular science operations begin later this year, the ILMT will produce about 10 GB of data every night, which will be quickly analyzed to reveal variable and transient stellar sources,” said Dr Brajesh Kumar, ILMT Project Scientist at ARIES.

The 3.6 metre Devasthal Optical Telescope, with the availability of sophisticated back-end instruments, will allow rapid follow-up observations of the newly-detected transient sources with the adjacent ILMT, the ministry said.

“The data collected from ILMT will be ideally suited to perform a deep photometric and astrometric variability survey over a period of typically 5 years,” noted Project Director Professor Jean Surdej (University of Liège, Belgium and University of Poznan, Poland).

The telescope was designed and built by the Advanced Mechanical and Optical Systems (AMOS) Corporation and the Centre Spatial de Liège in Belgium.