Astrobiology: Figuring Out Life’s Origins On Earth And In Space 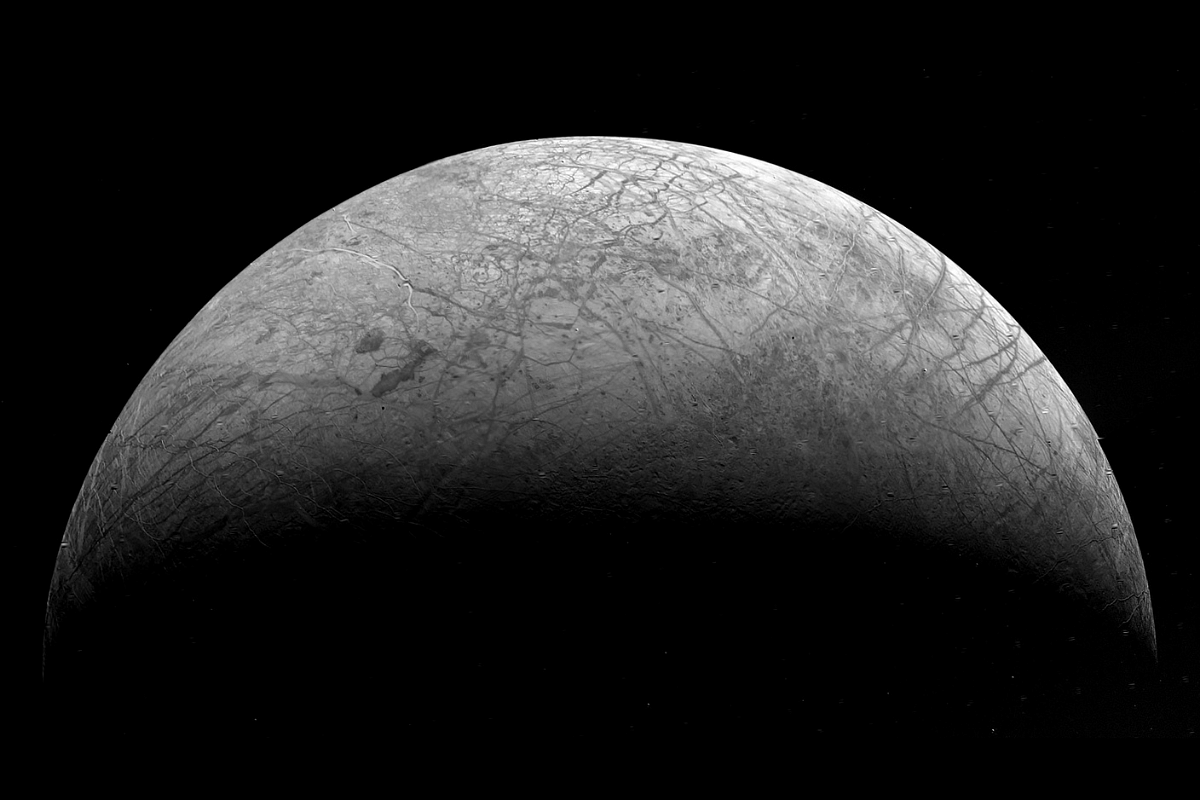 The idea of the existence of life beyond the confines of our Earth has fascinated humankind for generations. From fifth-century BCE Greek philosophy through cutting-edge twenty-first-century research, the idea of extraterrestrial life has captivated the minds of many a thinker.

Though extraterrestrial life has piqued the interest of scientists and philosophers for a long time, the emergence of “astrobiology” as a formal field of academic research can be traced back to the 1990s.

The National Aeronautical and Space Administration (NASA) defines astrobiology as the “study of the origins, evolution, and distribution of life in the universe.”

The growth of the field was catalysed by several exciting developments during the latter half of the 1990s, namely

(a) the 1996 discovery of alleged microfossils in the Martian meteorite ALH84001 (claims that have since been challenged),

(b) the discovery of extremophiles microorganisms that thrive in extremely harsh environments,

(c) the discovery of ice and water on planets and moons within our solar system, and

(d) the discovery of an increasing number of exoplanets (planets in other solar systems).

Before diving into the study of life beyond Earth (which we shall revisit in a few paragraphs), a brief review of life on Earth and its origins is in order.

These four classes of molecules are “small” molecules and of limited utility on their own. However, these small molecules can be assembled into larger molecules or “macromolecules,” which are of enormous utility to living organisms.

Simple sugars are assembled into carbohydrates, which form life’s energy source (as glycogen and starch) as well as provide structural support to cells (as cellulose). Amino acids are strung together to form proteins that mediate chemical reactions in living organisms (as enzymes) and provide structural support to living organisms (as actin, collagen, keratin, and myosin, among others).

Nucleic acids are assembled into RNA and DNA, which form the genetic “blueprint” of life and ensure the continuity of genetic material. Finally, fatty acids and glycerol are assembled into lipids, which provide a secondary source of energy as well as structural support for cells in the form of cellular membranes.

So, how did sugars, amino acids, nucleic acids, and fatty acids first arise on Earth?

“But if (and oh what a big if) we could conceive in some warm little pond with all sorts of ammonia and phosphoric salts, light, heat, electricity etcetera present, that a protein compound was chemically found, ready to undergo still more complex changes…”

Though speculative, Darwin’s insight had identified that the origin of life required a specific set of chemical conditions and an energy source to facilitate the synthesis of life’s building blocks (sugars, amino acids, fatty acids, nucleic acids).

In 1953, Stanley Miller and Harold Urey took the first experimental steps towards validating Darwin’s “warm little pond” or “primordial soup” theory. Miller heated water (simulating Earth’s early oceans) in an atmosphere of methane, ammonia, and hydrogen (simulating Earth’s early atmosphere), and subjected it to an electrical discharge (simulating lightning). The resulting mixture was cooled, collected, and analysed, revealing the formation of many organic molecules, including a wide variety of amino acids, most of which are crucial for life.

As our knowledge of prebiotic Earth has grown, similar experiments have been conducted with conditions that more accurately represent that of early Earth, all of which still result in the formation of most of the amino acids required for life. The prebiotic origins of sugars, nucleic acids, and fatty acids are more complex and are still being investigated by many research groups around the world, with each experiment leading us closer to a complete picture of the origin of life.

Until just a few decades ago, it was believed that life existed within a narrow range of conditions, beyond which molecules key to the existence of life couldn’t function. During the 1960s, life wasn’t thought to exist beyond 73 degrees Celsius until Thomas D Brock discovered a strain of pink, filamentous bacteria growing within the boiling hot springs of Yellowstone National Park at close to 90 degrees Celsius! Since then, several microorganisms (now classified as “thermophiles”) have been discovered in hot springs and hydrothermal vents that thrive at extremely hot temperatures with the most resilient of them (Methanopyrus kandleri) surviving at 122 degrees Celsius.

In all such environments, biochemical adaptations have allowed organisms to not just survive but thrive. Studying the limits of life on Earth helps astrobiologists understand how different chemistries of life evolve under different planetary conditions, creating a framework within which to assess the habitability of extraterrestrial environments.

What do we mean by “habitability”? A habitable environment (or habitable planet) is one that meets the basic conditions necessary to support life. These conditions include liquid water, essential elements (carbon, hydrogen, nitrogen, oxygen, phosphorus, and sulphur), an energy supply, and appropriate physical and chemical conditions.

The planets Mercury and Venus are generally recognised as too hot to be habitable. However, the idea of Mars as an abode of extraterrestrial life has existed for decades, with the first scientific investigations of the Martian surface being the Mariner flyby missions in the 1960s-70s. Mariner 9 (1971-72) captured evidence of complex geological features, which could be indicative of water bodies from long ago in the planet’s past.

Hydrated minerals (such as carbonates and phyllosilicates) have been detected on the Martian surface and, potentially, support the presence of liquid water on ancient Mars. Research and discussions about the temperature and wetness of the ancient Martian surface are still ongoing.

Though liquid water on the Martian surface doesn’t exist today, not all hope is lost. The Phoenix Lander in 2008 confirmed the existence of water on Mars in the form of frozen soil in the Martian arctic. Since 2018, the MARSIS (Mars Advanced Radar for Subsurface and Ionosphere Sounding) aboard the European Space Agency’s Mars Express mission has uncovered an increasing number of subsurface lakes near the planet’s south pole.

For these reasons, Mars remains an area of active astrobiological research with several rovers and orbiters (such as India’s Mangalyaan and the United Arab Emirates’ Hope orbiters) transmitting data back even today.

Mars is not the only candidate for life within our solar system, with the moons of Jupiter having emerged as a focal point for astrobiology in recent years. Europa is the fourth largest moon of Jupiter and the most noteworthy of Jupiter’s moons from an astrobiological perspective.

Observations from the Galileo spacecraft and the Hubble space telescope suggest that Europa’s surface consists of a thin layer of ice with a thin atmosphere of oxygen and water vapour. Gravity and magnetic measurements of Europa suggest the presence of a salty ocean between the thin layer of ice on Europa’s surface and the moon’s rocky interior. This ocean remains liquid and dynamic due to the enormous tidal forces generated by Jupiter’s gravitational field.

Two more of Jupiter’s moons — Ganymede and Callisto — are also believed to host subsurface oceans, but these oceans are likely much deeper and potentially sandwiched between layers of ice (unlike that of Europa), making the moons of Ganymede and Callisto less exciting astrobiological prospects than Europa.

Enceladus is a tiny moon of Saturn that, like Europa, hides a saltwater ocean under an icy surface. Suspected hydrothermal activity within Enceladus ejects plumes of icy water particles and gas from this subsurface ocean into space, the composition of which was studied by the Cassini spacecraft. These plumes include gases such as methane, carbon dioxide, and ammonia, salts, and silicates, along with large fragments of organic molecules dubbed HMOCs (high-mass organic cations). All of this has made Enceladus one of the most exciting areas of astrobiological investigation within our solar system.

Another one of Saturn’s moons — Titan — is also of astrobiological relevance. Titan is the only moon in the solar system with a dense atmosphere and is the only world (besides Earth) that possesses rivers, lakes, and seas on its surface (albeit of liquid methane and ethane instead of water).

Titan also possesses a cycle of evaporation, condensation, and precipitation (of methane), making it an extremely dynamic and earthlike surface. Data from the Cassini spacecraft also suggest the existence of a subsurface ocean on Titan, like that of Europa and Enceladus. The potential existence of both organic oceans on the surface and oceans of water below the surface places Titan at the forefront of astrobiological inquiry.

Lastly, Ceres (a dwarf planet within the asteroid belt between Mars and Jupiter), Triton (Neptune’s largest moon), and Pluto are exciting, albeit understudied worlds, that could have subsurface oceans.

Our discussion so far has been limited to worlds within our solar system. In October 1995, Michel Mayor and Didier Queloz discovered the first exoplanet (planet outside our solar system) orbiting a sun-like star, ushering an entire age of exoplanet discovery and winning them a share of the 2019 Nobel Prize in Physics. Since their discovery of 51 Pegasi b, over 5,000 more exoplanets have been discovered, spanning over 3,500 different solar systems.

Exoplanets can be quite unlike the worlds we are familiar with within our own solar system and can be classified into four major categories: gas giants, Neptune-like planets, Super-Earths, and terrestrial planets.

Gas giants are planets like Jupiter and Saturn, composed of large swirling gas clouds of hydrogen and helium. A subset of gas giants (dubbed “Hot Jupiters”) orbit much closer to their stars than Jupiter does to our sun and, consequently, have temperatures of several thousands of degrees.

Super-Earths are potentially rocky worlds, larger than Earth but smaller than Neptune. Terrestrial planets are rocky planets between half and twice the size of Earth.

Once an exoplanet is discovered through one of the previously discussed methods, astronomers use the technique of spectroscopy (among others) to analyse potential “biosignatures” from the detected exoplanet.

Finally, temporal biosignatures are time-dependent modulations that indicate the possibility of life on a planet such as oscillations in gas concentrations or oscillations in surface albedos (the fraction of light reflected by a planetary surface). By searching for exoplanets and subsequently analysing potential biosignatures from newly discovered exoplanets, astronomers hope to pick up clues about the possibility of life beyond our solar system.

Over the last two decades, astrobiology has grown from what some considered science fiction to a field at the forefront of interdisciplinary, scientific research. With combined advancement in astronomy, space exploration, chemical detection techniques, and our understanding of the origin of life, the search for extraterrestrial life — whether it be on Mars, Europa, Enceladus, Titan, or any one of the 5,000 exoplanets discovered till date — has never been more exciting!

Roshan Bhaskar has a Bachelors in Biochemistry from Columbia University and a Masters in Chemistry from Stanford University. Roshan's current scientific interests include research in chemistry education, pedagogy, curriculum development, and science communication.
Get Swarajya in your inbox everyday. Subscribe here.
Tags: