Complex Systems: What Makes Them Intractable 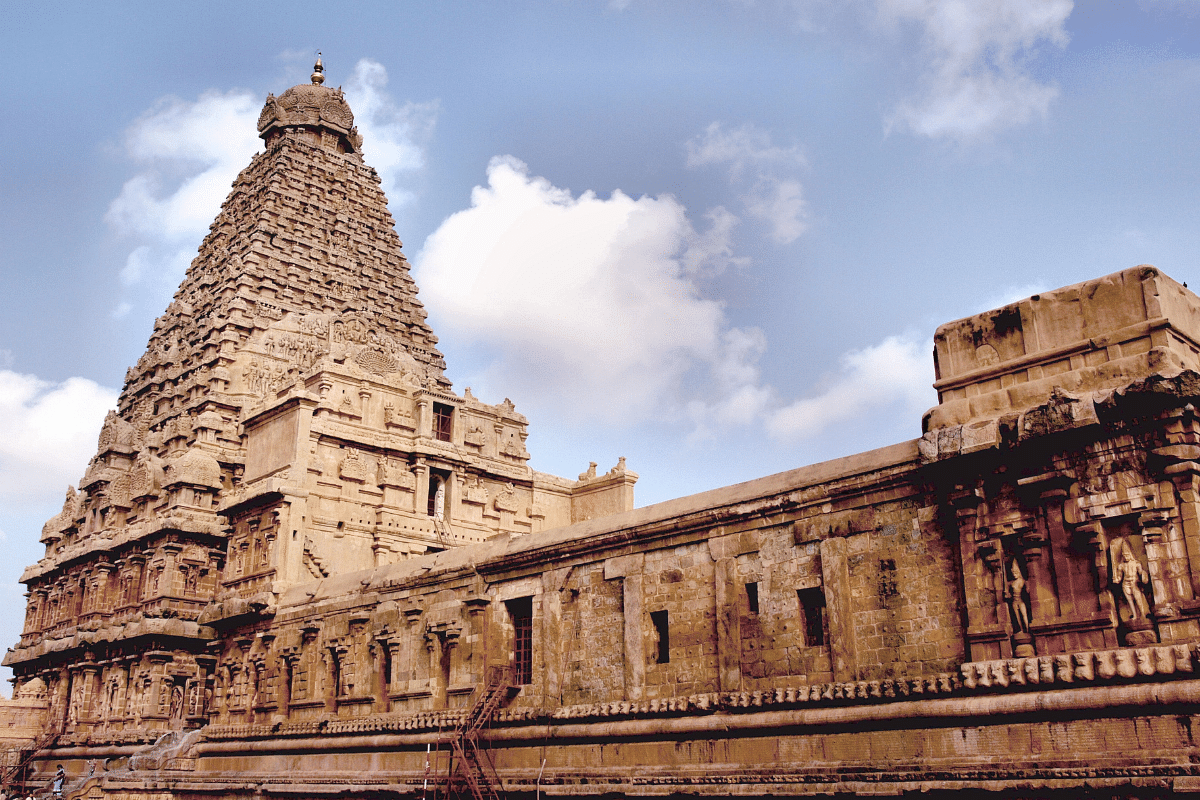 Pictured: The Peruvudaiyar Kovil or Brihadeeswarar Temple Circa 1000 CE at Thanjavur, Tamil Nadu. Temples, such as this one, have multiscale structures. (Photo: Narasimman Jayaraman/Wikimedia Commons)

“It is clear to all that the animal organism is a highly complex system consisting of an almost infinite series of parts connected both with one another and, as a total complex, with the surrounding world, with which it is in a state of equilibrium.” — Ivan Pavlov, 1904 Nobel laureate in medicine

Science has made major strides. We have modelled phenomena ranging from subatomic particles to astrophysical objects such as stars and galaxies.

We can do such things as predict the motion of planets, asteroids, and rockets accurately, design complex machines like aeroplanes, and make complex drugs.

However, we also encounter intractable systems. For example, with our present knowledge of science, we are unable to predict weather beyond a week, and climate over a century. Similarly, modelling the evolution of the Covid-19 pandemic remains a challenge.

Similar insurmountable problems exist in biology, the human body, society, and the financial markets. We classify these intractable systems as complex systems.

A natural question is, why are some systems tractable while some others not?

There is no unique answer to this question. It is generally observed that the intractability of scientific problems is related to strong nonlinearity, multiscale nature, and strong coupling between the constituents of a system.

According to Ohm’s law, the voltage difference across a resistor is proportional to the current passing through it. The linear relationship between the voltage and the current makes the resistor a linear circuit.

Consequently, circuits consisting only of linear resistors can be easily solved; that is, we can predict the voltage and current quite accurately as a function of time.

However, many electrical components, such as diodes and transistors, are not linear. Voltage difference across such components is a more complex function of the current passing through it. As a result, the solution of circuits with such devices is difficult to compute.

Note, however, that engineers have devised practical ways to solve such circuits; for example, the behaviour of a computer processor containing billions of transistors is well understood.

Similarly, weather and climate systems are nonlinear. For example, the average temperature of the Earth is not proportional to the energy incident from the Sun. Consequently, 22 December is not the coldest day of the year.

Another interesting nonlinear effect is how a small change in the Earth’s orbit around the Sun causes ice ages, a phenomenon first discovered by Milankovitch. The Earth’s temperature is a complex function of solar radiation, greenhouse gases, ocean’s properties, and so on. Weather and climate prediction remain uncertain because we do not understand these relationships well.

Note that many systems have certain large-scale properties that are predictable. For example, in spite of strong nonlinearity in the Earth’s climate system, the seasons repeat every year with similar temperatures, albeit a slight mean increase due to global warming. In 2021, Manabe and Hasselmann won the Nobel prize in physics for studying these behaviours in the Earth’s climate system.

Complex systems contain a large number of multiscale components. For example, the human body has cells, arteries, and veins, and interconnected organs such as lungs and hearts. These components interact with each other in a complex way.

The cell size is micrometres, the size of arteries varies from 0.1 to 10 millimetres, and organ size varies from centimetre to tens of centimetres. The varying size of body components makes the human body multiscale.

Other examples of multiscale systems are ecology, human society, the financial system (with individuals, banks, companies, and the state), stars, and galaxies.

How To Solve Complex Systems?

Note that several complex physical systems have been solved analytically (with certain approximations). For example, the physics of phase transition (for example, phase change from water to vapour) is well understood.

We have a good understanding of superconductivity, superfluidity, semiconductors, lasers, etc, but there are a large number of physics problems that remain unsolved. Some of these are turbulence, high-temperature superconductivity, quantum computers, nuclei, and atoms with large atomic numbers. These unsolved problems are somehow related to the strong nonlinear interactions within them. We do not have good mathematical tools to address these issues.

I illustrate the typical tools employed for the analysis of complex systems. For the design of an aeroplane, engineers use a combination of models, computer simulations, and experiments. The modular approach is also used. For example, the aerodynamics of the body, engines, and control systems are worked out and then the pieces are put together and tested thoroughly.

Device engineers employ a similar approach to design computer processors. The arithmetic and logical units, registers, and interfaces are improvised using new technologies. The experience gained during past designs is handy in such projects.

Weather and climate studies employ similar tools, but we do not have as much success here yet as in aeroplane and processor designs. We expect climate models to improve significantly over time.

I conclude this article with a short discussion on whether a reductionist approach can help solve complex systems.

In modern science, a dominant paradigm is that a system can be understood by breaking it into its parts. This approach, called reductionism, has had its successes. Many properties of material objects have been derived by analysing their constituents. Reductionism is useful for analysing complex systems as well. But deeper explorations of complex phenomena also inform us of the limitations of reductionism.

For instance, music cannot be understood or enjoyed by focussing on sound waves. The beauty of a building is not derivable from brick and mortar. An article, such as this one, is not a mere combination of characters. Here, ideas are advanced paragraph by paragraph.

For weather and climate forecasts, we need to focus on macroscopic objects such as the atmosphere, oceans, glaciers, and incident solar energy rather than basic constituents like electrons, protons, and photons.

Anderson (Science, 1972), Laughlin and Pines (PNAS, 2000), and I (Trans INAE, 2020) have given more examples from condensed matter physics and hydrodynamics that are essentially macroscopic laws. A reductionist approach has the danger of losing the sight of the forest for the trees.

We can go a step further and get into social science, psychology, economics, and art. A society is more than a combination of individuals. For example, an individual may behave very differently in a mob. Market is a multiscale complex phenomena. Similarly, it is not apparent whether psychological behaviour has a microscopic origin (for example, genetic imprint); the social environment has a deep impact on individual behaviour. In art, paintings and famous buildings (especially temples) have multiscale structures.

In summary, the present tools of science are insufficient to model complex systems. Further studies on such systems are expected to shed deeper insights into the workings of nature.

This article has been published as part of Swasti 22, the Swarajya Science and Technology Initiative 2022. We are inviting submissions towards the initiative until the end of March.

The Curious Question Of Evolution And Entropy

Mahendra Verma is a professor at the Department of Physics, IIT Kanpur. He is a Fellow of the Indian National Science Academy (INSA) and the Indian Academy of Sciences.
Get Swarajya in your inbox everyday. Subscribe here.
Tags: