Covid-19 Antivirals: Looking For A Signal Amidst The Noise 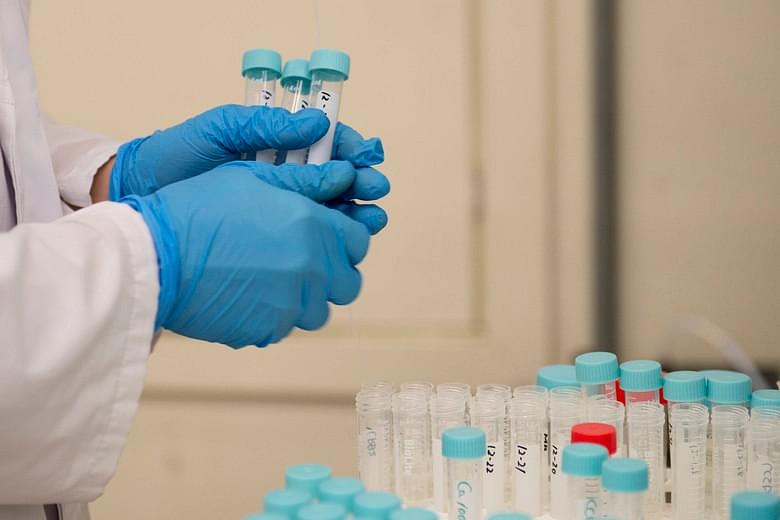 The COVID 19 pandemic (caused by the SARS-CoV-2 virus) has spawned a lot of well-meaning research on antivirals. The resultant findings are published following peer review and, sometimes, conditionally published prior to peer reviews (as a preprint).

This surfeit of publications is further confounded by spurious research appearing both as peer reviewed and preprint articles.

To sift through all these publications on antivirals and find signals can be daunting, without some background.

The journey from health to disease is depicted in the figure below, and in the subsequent text.

Following exposure to a patient with a confirmed SARS-CoV-2 infection (‘index’ case), a non-infected person (the ‘contact’) may get infected.

Preventing infection in this scenario is referred to as post exposure prophylaxis (PEP).

Preventing SARS-CoV-2 infection in a contact, prior to any exposure to an index case, is referred to as pre-exposure prophylaxis (PrEP).

There are many ways to test for the SARS-CoV-2 virus, the current standard being RT-PCR.

If a person tests positive, he is referred to as having SARS-CoV-2 infection. If, after being infected, the patient develops symptoms (usually similar to flu), he is said to have the Covid-19 disease.

Viral load relates to the amount of virus in the patient.

CRS relates to an extraordinary surge in the response of the body to the virus mediated by proteins called cytokines.

While, generally, mild symptoms may be suggestive of early disease (viral load), and severe symptoms, of late disease (CRS), this may not always be the case.

The intensity of symptoms is not a good surrogate for either viral load or extent of CRS.

From the above figure, it is readily apparent that while immunomodulators (drugs that target CRS) may be effective late in the course of illness, antivirals are more likely to be effective early.

The antiviral property of a drug may be postulated based on:

-in vitro (test the drug’s ability to prevent the virus from replicating in experimental cells),

-pre-clinical trials (in animals – no time for this during a pandemic),

-or clinical trials (in humans).

At a minimum, the antiviral must prove itself in in vitro and in clinical trials.

In vitro testing may be done in any of several cell types – the commonest cell types being Vero and Caco-2 – the former from the monkey kidney and the latter from human cancer cells.

Most drugs being evaluated for Covid-19 today were not specifically developed for SARS-CoV-2 infection or COVID 19 disease. They are drugs being repurposed as antivirals.

So what follows is a look at how three ‘antivirals’ stack up.

Based on the figure, an antiviral is best evaluated for PEP, PrEP and early illness, but definitely not late in the disease.

Hydroxychloroquine (HCQ), a drug approved for malaria, rheumatoid arthritis and systemic lupus erythematosus has been, until lately, the front runner.

The signal was the in vitro evidence for efficacy of HCQ at low concentrations of the drug in Vero cells. The initial signals were soon followed by noise when researchers tried to evaluate HCQ for the treatment of Covid-19 in hospitalised patients.

These studies evaluating HCQ in hospitalised patients can, potentially, be dismissed as noise unless the likely contribution from CRS to the disease can be eliminated.

Recall that an anti-viral will not be effective for CRS-mediated Covid-19.

In the midst of all this noise, there are some negative signals emerging.

In a recent preprint, HCQ has been shown to NOT work in vitro in another cell line – Caco-2 cells.

Recently, HCQ has also NOT been shown to work in the PEP setting (the Minneapolis study).

But the study did not attempt to determine how many participants were deemed positive by RT-PCR. It relied instead on clinical diagnosis for Covid-19, which is not the most reliable when flu may also be prevalent.

The most robust study evaluating both early treatment and PEP is what is referred to as the Barcelona study, similar in design to an earlier study for an established antiviral in influenza.

The index case here is treated with HCQ and all the contacts of a given index case get either HCQ or placebo. Importantly, there is more aggressive laboratory testing (RT-PCR etc.) in the Barcelona study. The results are imminent.

It is still covered by patent protection. It showed in vitro efficacy in both Vero and Caco-2 cell lines.

Being an intravenous drug, its use is therefore limited to hospitalised patients in whom CRS cannot be ruled out.

Furthermore, being a drug with limited evidence for safety (it is yet to be commercialised), it was introduced in a graded manner. An initial compassionate use study in extremely sick patients showed some evidence for efficacy.

A subsequent well-controlled study in hospitalised patients showed that patients on remdesivir recovered faster but that it didn’t impact overall mortality (potentially due to CRS and not the viral load).

There is now talk about using remdesivir for early treatment where it might likely show most efficacy. However, being an intravenous drug precludes its use in the setting of PrEP and PEP.

Meanwhile, the WHO has authored a very practical study protocol – the SOLIDARITY trial evaluating, among other drugs, remdesivir and HCQ.

However, this being another study in hospitalised subjects (with likely CRS), it poses a high hurdle for antivirals, most of which will likely fail to show efficacy unless the time from onset of infection is taken into consideration.

A better study might have been along the lines of the TOGETHER study evaluating antivirals in early illness in Brazil, South Africa and USA.

Ivermectin is another drug gaining traction. It is a prescription drug used to treat parasitic infections in humans.

Its innovators shared the Nobel Prize in 2015.

Other researchers, more recently, demonstrated the in vitro efficacy for ivermectin and touted its benefits, despite the effective concentrations required in vitro being several-fold higher than the approved therapeutic doses in humans.

Overnight, the sales of the veterinary product skyrocketed on Ebay. The US FDA issued an advisory against the use of the drug. Sage counsel failed, as the runaway success for ivermectin is related to another unfolding story.

The first publication (preprint) demonstrated several weeks ago, the ‘efficacy’ of ivermectin for treating Covid-19. The maximum concentrations with the dose evaluated in this study were severalfold lower than those established for efficacy in vitro.

A second publication evaluated 8,910 patients from 169 hospitals, in three continents. There were no earth-shattering results from this publication that was printed in the prestigious New England Journal of Medicine (NEJM).

The third publication, now evaluating data from 96,032 patients from 671 hospitals in six continents, showed not only that HCQ did not work but also that it was associated with increased fatality. This was published in no less a journal than The Lancet.

Worldwide, several hundred clinical trials evaluating HCQ, including the WHO SOLIDARITY trial and the UK RECOVERY trial were put on hold.

The third publication made no sense. It was riddled with easily verifiable mistruths.

Within hours of its publication, there was a hue and cry. The Lancet article was retracted in days. The data could not be verified.

On realisation that the Lancet article, potentially fraudulent, was written by the same three authors who wrote the NEJM article, the latter too was retracted.

The first publication touting ivermectin (never peer reviewed but authored by the same three discredited doctors) quietly disappeared from the preprint server with no reasons ascribed.

Nevertheless, there was a significant fallout from this potentially fraudulent preprint.

The Government of Peru issued an advisory advocating the drug as first line for prophylaxis. Bolivia followed suit, citing the Peruvian experience. Paraguay had to place restrictions on the sale of ivermectin in order to manage the high demand.

It is critical to separate signal from noise. Based on current information, for HCQ, critical evidence might emerge over the next few weeks; remdesivir appears to be effective in a difficult-to-treat hospitalised population but its intravenous route will preclude its use in prophylaxis or early Covid-19.

As of now, for ivermectin, the less said the better.

After a successful career as a physician in India, Australia and the United States, Dr. V. Niranjan now runs RxMD, a Chennai-based Drug Development Consulting company.