Darwin Day Special: How Poetry And Science Are Two Sides Of The Same Coin 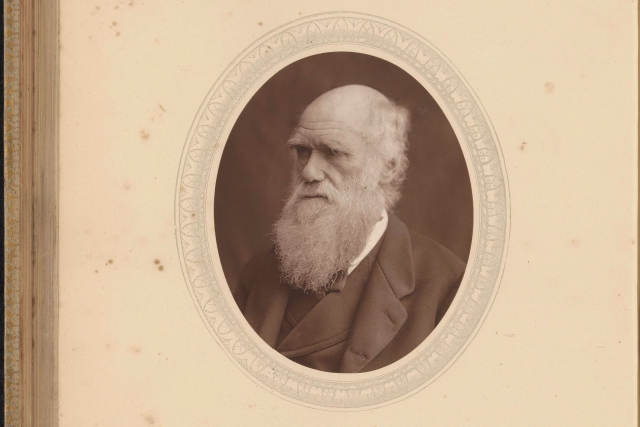 In certain circles there is a kind of cultural snobbery, arising out of a conviction that the empire of imagination is more real and lasting than the empire of reason. (It is generally believed that poetry, music and art belong to the former category, whereas science and mathematics belong to the latter).

There seems to be an implied hint in the above theory that artistic pursuits which derive their inspiration from human imagination elevate man to a higher aesthetic plane than intellectual exercises that have their basis in rational thought.

The ascendancy of Newtonian worldview seemed to have unnerved quite a few romanticists of the previous centuries. If William Blake wrote ‘May God us keep /From single vision and Newton’s sleep’, Keats had lamented in the early 19th century that Newtonian science set out to ‘Conquer all mysteries by rule and line…’ and ultimately would ‘unweave the rainbow.’

Then in 1998, evolutionary biologist and author Richard Dawkins would demonstrate with his own characteristic literary skills, in a book titled Unweaving the Rainbow, that even reductionist science not only does not take away the beauty and mystery of the physical world and its phenomena but actually deepens it.

According to the brilliant science writer K.C. Cole, such an attitude has come under increasing attack from some scientists who are inclined to scorn the suggestion that scientists have no aesthetic sense and that science strips nature of her beauty.

Physicists like Nobel Laureate Feynman do not agree with the conventional view point that science reduces nature to a mere set of equations. On the contrary, a scientific study of nature serves only to enhance our appreciation.

The poet and scientist feel alike the same joy when they contemplate the phenomena of nature. (Each appreciates nature’s beauty in his own way, though from different angles). Feynman holds the view that if a poet can speak of Jupiter as a man, there is nothing unaesthetic about a poet imagining Jupiter as an immense spinning sphere made of hydrogen , helium, methane and ammonia.

The question arises as to what kinship exists between science and poetry, as some people are attracted to both, and very often the scientist and the poet both seem to have a genuine respect for each other’s faculties.

Einstein, the greatest physicist of the previous century, had been obsessively fond of classical music.

In 1955, journalist Jerome Weidman shared his experience of the night he first met Einstein.

An observant Einstein remarked that the young journalist and himself were 'engaged in the greatest activity of which man is capable' and explained to the puzzled host, 'Opening up yet another fragment of the frontier of beauty.'

Similarly, the image of Leonardo Da Vinci, the great Italian painter, trying out various scientific experiments is quite familiar to students of the history of science. Poets, scientists and artists are preoccupied with the same themes.

The sky attracts the attention of both the poet and the astronomer. The relationship between parents and children, the passion that stirs lovers’ hearts, the beauty of natural phenomena and the symmetry of the human form will continue to fascinate poets, and scientists.

So also, the origin of the universe and the meaning of life and death are the subjects of interest to poets as well as scientists. But it is the approach that marks the distinction between the scientist and the poet.

Poets and artists approach nature with emotion whereas scientists in their study of nature rely on rational thought.

But it would be erroneous to come to a conclusion that scientists depend only on rational analysis, whereas poets are motivated only by emotion. The history of science is full of examples of great scientists being emotionally and even passionately involved with their work.

Similarly, some of Shakespeare’s great passages are charged with not only emotion but also logical thought of the highest kind. He was uttering a scientific truth when he made Julius Caesar say

"Of all the wonders that I have heard

It seems to me most strange that men should fear;

Will come when it will come"

Modern science tells that death is inevitable, and necessary for the perpetuation and constant renewal of the species.

So also, when he made Brutus tell Portia,

"You are my true and honourable wife.

As dear to me as are the ruddy drops

That visit my sad heart"

he was referring to the circulation of blood.

Now Julius Caesar was written in 1599, whereas Harvey is credited with the discovery of the circulation of blood in 1625. Is this not truly remarkable?

There are many more such examples that reveal Shakespeare's scientific temper.

Darwin went about making observations in the Galapagos Islands with a passionate zeal that would have been the envy of any poet. He confessed that he was being guided by a sort of instinct in performing his task, and observed that there was a certain unpredictability about nature’s ways which was beyond human comprehension.

People do not readily accept the idea that scientists can be “passionate” about their work just as they are unwilling to accept that poets can be “calculating”; it would appear that a poet who is not subjected to “creative control” would not be able to achieve perfection just as a scientist who sticks exclusively to conventional scientific methods cannot achieve spectacular results.

Therefore, in Cole’s view, the conventional step by step deduction permits you to go only to the next stage in a straight line of thought.

According to Feynman, scientists who use the same methods they had employed before find themselves getting stuck in a rut. On the other hand a scientist with a fantastic imagination is able to branch away from a mere conventional approach and come out with a great idea because he is motivated by some vision of beauty.

Einstein’s highest tribute for a theory was not that it was good but that it was “beautiful”; while condemning a theory he would describe it as “ugly”.

The French physicist Poincare held the view that pure logic could never create anything new and realised the importance of aesthetics in science.

He refused to regard science as a mere collection of facts; on the other hand facts would have to be delicately woven into theories like tapestries out of tenuous threads. Cole feels that sometimes the most useful lead in a discovery is aesthetic in nature.

Nobel Laureate Schrodinger had resisted the temptation to publish the first version of his wave equation because the findings did not fit the then known facts. Commenting on this the great English Physicist Paul Dirac said "it is more important to have beauty in one's equations than to have them fit experiment."

In his view, If one was working from the point of view of getting beauty in one's equations, and if one really had sound insight, one was on the right track of making progress

Thus, what Dirac meant was that, had Schrodinger thought about his wave equation in terms of beauty, rather than only facts, he would not only have published his wave equation much earlier but also achieved more spectacular results.

If there is no complete agreement between the results of one's work and experiment, one should not allow oneself to be too discouraged, because the discrepancy may well be due to minor factors, that are not properly taken into account and that will get cleared up with further development of the theory.

There are of course some differences between poetry and science.

Some branches of the latter are written in the universal language of mathematics. Its results can be tested anywhere by different observers by the good old scientific method.

Scientists have to be objective about their work; they must not influence their ideas or the outcome of their experiments which have to be performed in a dispassionate manner. Sometimes even great scientists have tried to fit the laws of the world into the framework of their own ideas but since even great minds are capable of making errors, such cases should be regarded as exceptions.

John Keats regarded beauty and truth as one and the same. Addressing the Grecian urn he says

When old age shall this generation waste

Thou shalt remain in midst of other woe

Than ours, a friend to a man, to whom thou say'st

' Beauty is truth, truth beauty—that is all

Ye know on earth, and all ye need to know"

Science and poetry (or art) are both engaged only in the pursuit of truth, and seek the same aesthetic goals. The moon with its timeless beauty will continue to be a source of fascination for lovers and poets, even though man has landed on the moon.

No one can deny that a similar thrill had been experienced by Galileo when he had looked at the moon’s landscape with a telescope, and by the astronauts when they had actually walked on the surface of the moon.The moonshots as well as Galileo’s telescopic explorations were sentimental journeys which also contributed to an appreciation of the moon’s natural beauty.

A botanist who studies the petals of a flower minutely is actually studying its beauty, just as Wordsworth experienced great joy, on seeing the daffodils.

The botanist Barbara McKlintock did extensive research, with passionate zeal, on maize for about a decade and produced the first genetic map of maize.

In recognition of her studies, she was awarded the Nobel Prize.

Similarly Andrew Marvell went into ecstasy looking at the trees, plants and flowers in a garden and wrote his beautiful poem Thoughts in a garden.

An ornithologist would find a study of birds stimulating and would be thrilled when he suddenly sees a new type of bird. Similarly, Shelley had been thrilled to see the flight of a skylark, which soared towards the sky.

Keats went into raptures when he saw the nightingale and wrote the greatest ode in English literature.

According to Nobel Laureate Steven Weinberg, “The effort to understand the universe is one of the very few things that lifts human life a little above the level of farce”.

The scientist and the poet are both participants in such an idealistic enterprise and are, therefore, equally competent to experience the joy of truth or beauty. Such people after all determine the level of culture of a civilisation. We would have to conclude that as great as the achievements of science are, Shakespeare, Homer, Kalidasa and Dante will never lose their perennial hold on man.

V.S.Ravi is a distinguished and highly decorated IPS officer having served both the Government of AP and the Government of India, for 35 years. He retired in 1998. He is a scion of the Alladi family, being a grandson of the Late Sir Alladi Krishnaswamy Iyer, one of the Chief architects of the Constitution . Sri Ravi is one of the foremost authorities on Shakespeare in the country. He has contributed articles on Shakespeare to the Hindu and News Time Now. He passed Physics (Hons.) with distinction and he has kept himself in touch with the latest developments in science and technology.