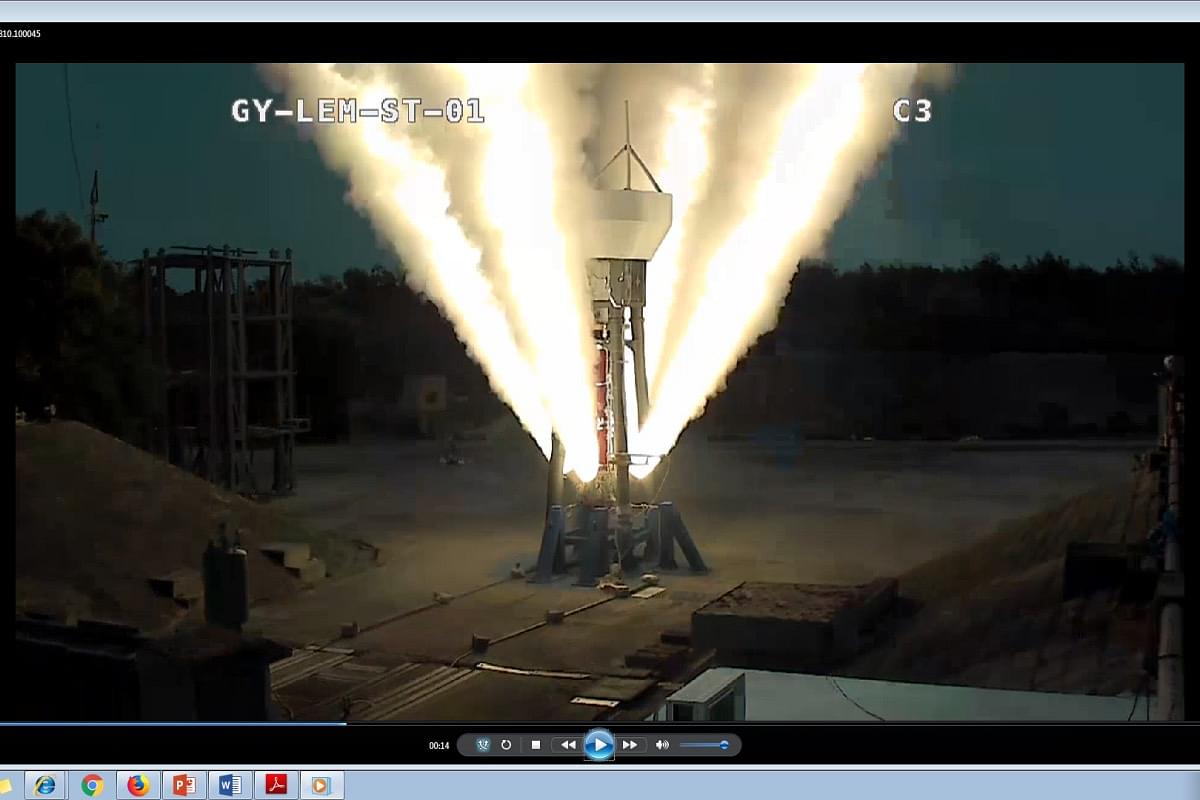 "The Crew Escape System (CES) takes away the Crew module of Gaganyaan mission in case of any eventuality and rescues the astronauts," ISRO said in a statement.

In case of mission-abort during the initial phase of flight, LEM provides required thrust to CES, to take away crew module from the launch vehicle.

The nozzle end of LEM is mounted at the fore end of the launch vehicle unlike at aft end in conventional rocket motors to avoid exhaust plume impingement on crew module. This necessitates the use of a reverse flow multiple nozzle in this solid rocket motor. The reverse flow nozzle implies the reversal of the exhaust gas flow direction in the nozzle region, ISRO said.

Further, the test also evaluated side thrust due to misalignment and variation in flow and other functional parameters including flow reversal.