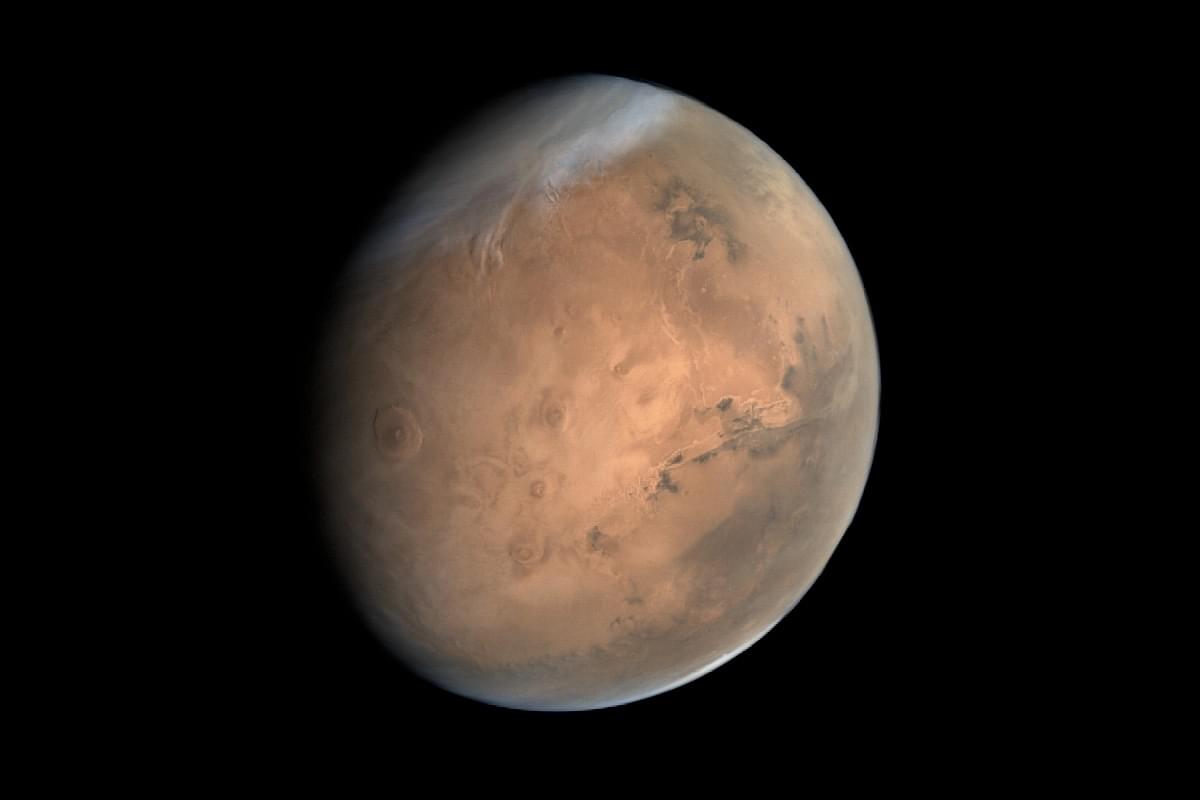 Indian Scientists have reported the first evidence of the presence of solitary waves or distinct electric field fluctuations in the Martian magnetosphere.

The study of these waves is crucial as they directly control various processes such as particle energisation, plasma loss, and transport etc., ., through wave-particle interactions.

Unlike Earth, which has a strong magnetic field that protects it from high-speed charged particles emitted from the sun, Mars does not have an intrinsic magnetic field. This allows the solar wind to interact directly with the Martian atmosphere.

While it has been suggested that even in a weak and thin magnetosphere like that of Mars, one could observe frequent occurrences of solitary waves, this is the first time such waves have been reported in the Martian magnetosphere.

The research team from the Indian Institute of Geomagnetism (IIG), an autonomous institute of the Central government's Department of Science and Technology (DST), used high-resolution electric field data recorded by the Langmuir Probe and Waves instrument on NASA's MAVEN spacecraft to identify and report the presence of these waves.

The magnetosphere of Mars is weak but highly dynamic, and it is formed due to the direct interaction of solar winds with the Martian atmosphere.

Solitary waves are distinct electric field fluctuations that follow constant amplitude-phase relations, the Ministry of Science and Technology said in a release on Monday (16 January).

The magnitude and duration of these pulses are found to be 1-25 milivolt/metre and 0.2–1.7 milliseconds, respectively.

These pulses are dominantly seen in the dawn and afternoon-dusk sectors at an altitude of 1000–3500 km around Mars.

The dominant occurrence of solitary waves in the dawn and dusk sector is still a mystery and needs further investigation, the ministry said.

Through simulations, it is found that the spatial extent of these structures is very small (30-330 metre), it added.

As these waves are known to be responsible for the plasma energization and its transport in Earth’s magnetosphere, the research team is further exploring their role in the particle dynamics in the Martian magnetosphere and whether such waves play any role in the loss of atmospheric ions on the Mars, the ministry said.