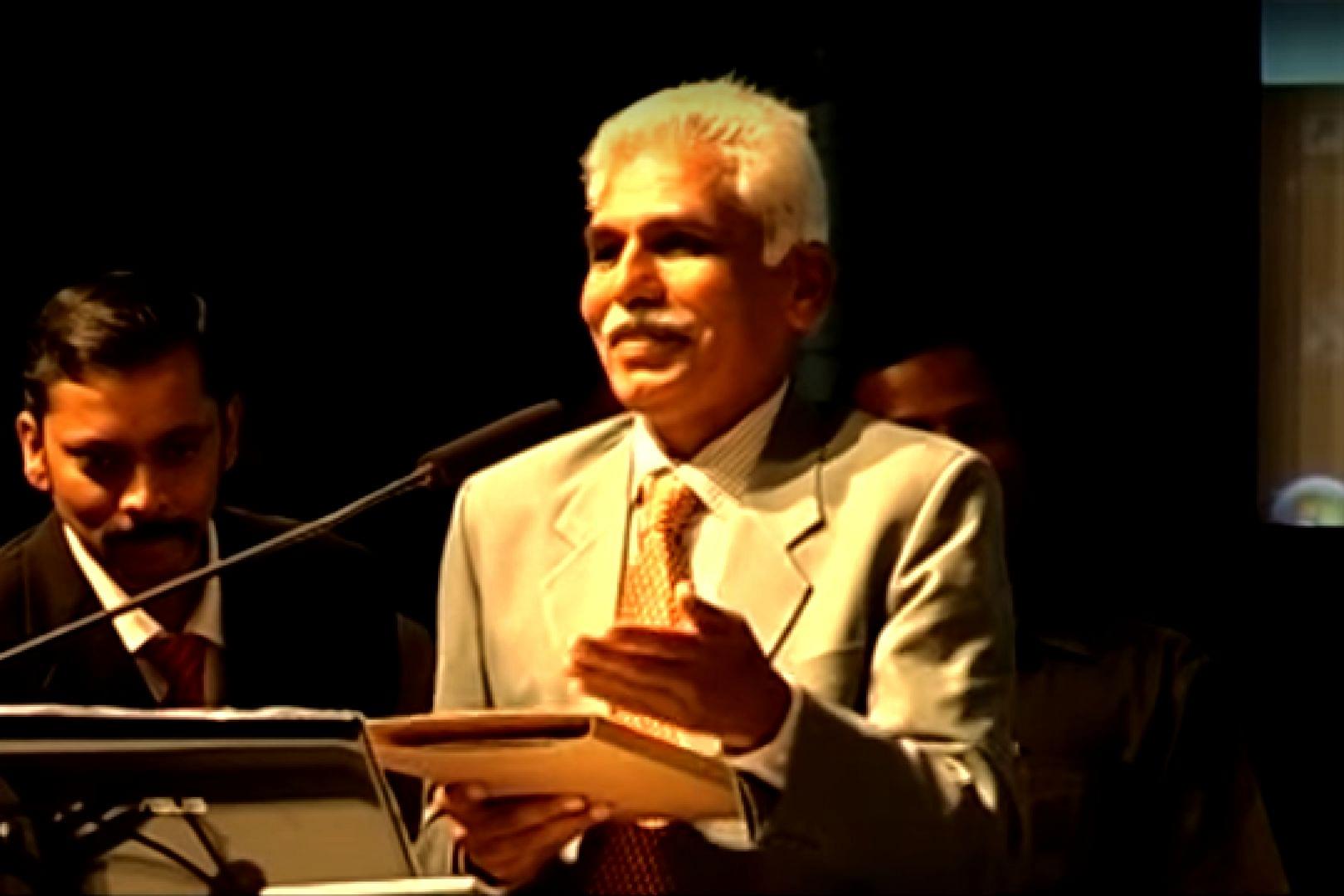 Padma Shri awardee Prof R M Vasagam, who is a veteran space scientist, said during the 40 years celebration event of the Ariane Passenger Payload Experiment (APPLE) satellite in space that Indian's space programme is much more advanced than the Chinese. During the event, which was organised by Chandigarh University to celebrate the success of India's first experimental communication satellite, Prof Vasagam received the Lifetime Achievement Award for his contribution to the Indian space programme.

On June 19, 1981, the APPLE satellite was launched into GTO (Geosynchronous Transfer Orbit) by the third development flight of European Space Agency's (ESA) Ariane vehicle from Kourou. It was propelled into Geosynchronous Orbit (GEO) by the Indian Space Research Organization's (ISRO) apogee motor derived from the fourth stage motor of the SLV-3. Designed and built in just two years with limited infrastructure in industrial sheds, APPLE provided ISRO with valuable hands-on experience in designing and developing three-axis stabilised geostationary communication satellites, as well as in-orbit raising manoeuvres, appendage deployment in orbit, station keeping and so on.

The event, which was conducted virtually, was attended by Prof Mylswamy Annadurai, a space scientist who is known as Moon Man of India, Dr Manpreet Singh Manna, who is the Chairman IEEE Photonics Society and Dr L V Muralikrishna Reddy, the President BRICS FEO, as well as Prof Vasagam, who was the project director of APPLE. The virtual celebration also allowed many students of the university to take part.

However, while speaking at the event, Prof Vasagam said: "The Indian space programme and the research conducted by ISRO is much more advanced than the Chinese space agencies as we have indigenously developed the technology and have not been dependent on other countries." In response to a question about China's competition in the field of space technology, Prof Vasagam stated that Chinese youth are spearheading space missions such as Mars Rover, as well as Moon Mission, and if India wants to counter China's competition, its youth must come forward and choose Aerospace Engineering as a career.

He also stated that "Robotics is playing an important role in space technology and in future, the field of robotics would be contributing bigtime in the futuristic space exploration missions so pursuing a career in the emerging fields of Artificial Intelligence, Machine Learning and Mechatronics will open multiple avenues for Indian Youth".

Additionally, Prof Vasagam said that to remain competitive in the space technology market, India must offer cost-effective solutions to countries that may have the capacity to run a space programme but need more resources to fulfil future requirements. While talking about the APPLE project, he said that it opened a door of opportunity for India because it was crucial for the country's telecommunication network to be established, and it also played a role in the development of futuristic communication satellites such as INSAT, which placed India among a select group of countries with its own constellation of communication satellites.

Not only Prof Vasagam but also Dr Annadurai pointed out the possibilities of India's space missions. He stated that country's space programme is progressing well, adding that India is outperforming China in areas such as remote sensing and space exploration. Additionally, Dr Singh said: "The launch of APPLE satellite was just the beginning of the success of Indian space programme and if we look today India has successfully launched more than 300 satellites".

Chandigarh University, which organised the event, is the first university in North India to offer a course in Satellite System Design and Building. Prof Vasegam praised the university's efforts in the field of science and technology, particularly in the aerospace engineering sector, since the university is now working on the building of a Student Communication Satellite that would be put into orbit by 2022.