Just A Few Months Of Vaping May Put Healthy People On Brink Of Oral Disease: Study 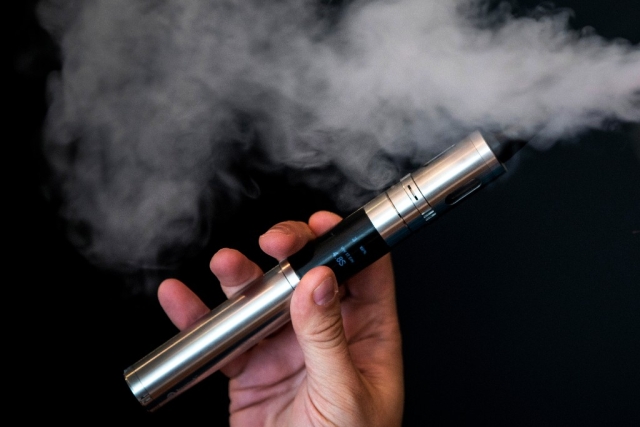 A team of US researchers led by an Indian-origin scientist revealed that just a few months of vaping may put healthy people on the brink of oral disease.

The study, published in the journal Science Advances, found that the collection of oral bacteria in daily e-cigarette users' mouths is teeming with potent infection-causing organisms that put vapers at substantial risk for ailments ranging from gum disease to cancer.

In some cases, though the study participants didn't have an active disease, their bacterial composition resembled that of people with periodontitis, a gum infection that can lead to tooth loss and even be a risk factor for heart and lung disease. The damaging effects were seen with or without nicotine, leading the researchers to suggest that the heated and pressurised liquids in e-cigarette cartridges create the right environment for a dangerous combination of microbes.

"Vaping is such a big assault on the oral environment, and the change happens dramatically and over a short period of time," said study senior author Purnima Kumar from the Ohio State University.

"Knowing the vaping profile is pathogen-rich, you're not doing yourself any favours by using vaping to quit smoking," she added.

For the findings, the research team collected plaque samples from under the gums of 123 people who showed no current signs of oral disease: 25 smokers, 25 nonsmokers, 20 e-cigarette users, 25 former smokers using e-cigarettes and 28 people maintaining both cigarette smoking and vaping habits at the same time.

The bacteria below the gums are the last line of defence against disease because they are the least likely to be disrupted by environmental changes in the mouth, such as food, toothpaste and tobacco.

The research team conducted DNA deep sequencing of the bacteria genomes to identify not just the types of microbes living in those mouths, but also what their functions were.The profile of the oral microbiome in the vapers who had never smoked, who were young (age 21-35) and healthy and had used e-cigarettes for four to 12 months, was startling to the researchers.

Particularly concerning were the levels of stress in the microbial community, which were detected by the activation of genes that contribute to the creation of a mucus-like slime layer surrounding bacterial communities.The immune system is used to seeing assembled bacteria look like clearly defined communities, but Kumar said that in e-cigarette users, these communities cloaked in slime look like foreign invaders and trigger a destructive inflammatory response. This change in the microbial landscape, accompanied by higher levels of proteins in vapers' mouths, signalled that the immune system was on standby to activate and produce inflammation a" exponentially increasing the likelihood for the disease, the study noted.