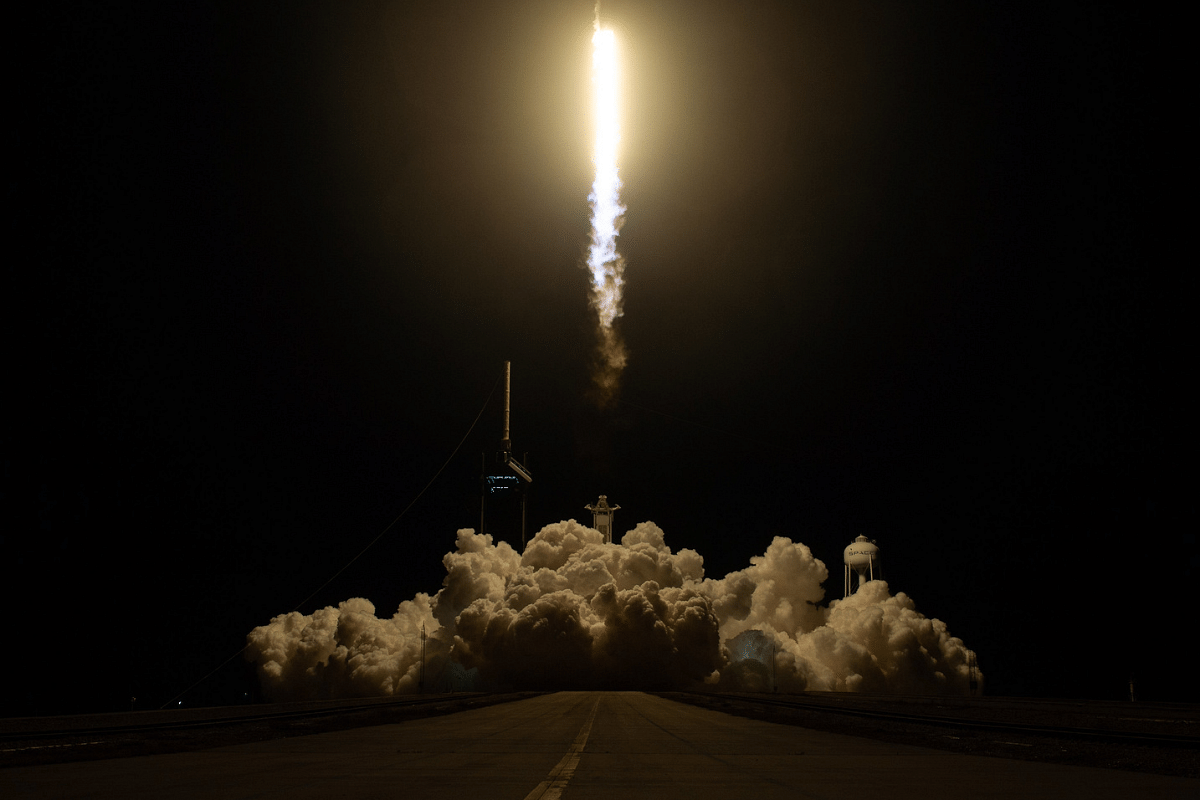 American and Japanese astronauts have set sail towards the International Space Station (ISS) in a historic mission that promises to make human spaceflight a routine affair.

The four individuals are riding on board the SpaceX Crew Dragon spacecraft propelled by a Falcon 9 rocket. Hopkins is commanding the ship, Glover is piloting it, and Walker and Noguchi are the mission specialists.

The mission crew has set forth with the aim of getting to the ISS safely and then conducting science experiments there for six months – it would be the longest human space mission launched from the United States (US).

Just less than six months ago, NASA had sent two astronauts to the ISS in a mission that set the stage for the Crew-1 to rise.

The SpaceX Demo-2 mission was a test flight that sought to show the ability of the private company SpaceX’s crew transportation system to get the job done. It was also the first NASA launch of humans to space as part of the space agency’s commercial crew programme, after the earlier Space Shuttle Programme had concluded in 2011.

The mission proved a success as the launch was executed on 30 May and, two months later on 2 August, Bob Behnken and Doug Hurley were brought back safely after they splashed down in the Gulf of Mexico near Pensacola, Florida, and were taken ashore by a SpaceX vessel.

The Demo-2 marked the return of local capabilities for the US to ferry astronauts to space and back and, in the process, SpaceX became the first private company to execute human spaceflight. The mission was worthy of a place in the history books by itself.

But the Crew-1 mission is different in that it is not a demonstration flight. Instead, it is the official first flight – of three scheduled over the course of this year and next – with an eye on regularised future travel involving human beings to the ISS and most likely beyond.

It is also a full-house this time around in the Crew Dragon capsule as the number of astronauts making the journey – four – will be twice as much as on Demo-2. If all goes well through the entire course of the mission, it will mean that the US will not have to rely on the services of the Russian Roscosmos State Corporation for Space Activities for its space voyages.

It was only less than a week ago, on 11 November, that NASA officially certified SpaceX’s crew transportation system. “This certification milestone is an incredible achievement,” NASA administrator Jim Bridenstine had said as the Crew Dragon, including the Falcon 9 rocket and associated ground systems, received clearance for regular flights.

The lift-off then was scheduled for 7.49 pm eastern standard time (EST) on 14 November (6.19 am Indian standard time [IST] on 15 November) from Launch Complex 39A at NASA’s Kennedy Space Center in Florida. But unfavourable weather conditions led to the postponement of the launch date and time to 7.27 pm EST on 15 November (5.57 am IST on 16 November).

In the hours leading up to lift-off, the weather remained 50 per cent favourable for launch, although the soft signal was “go”. “The primary weather concerns for launch”, according to a NASA update, were “cumulus clouds and associated precipitation, along with electric fields from any more robust showers.”

Further delay on account of weather or other factors would have pushed the launch to 18 November. However, that was not to be and the launch proceeded as expected on 15 November (EST).

After lift-off, a series of manoeuvres were to occur en route to the Space Station, as detailed by SpaceX. These were accomplished successfully.

First was the separation of stages one and two. While the second stage accelerated Dragon to orbital velocity, the first stage returned to Earth to land on a SpaceX drone ship called “Just Read The Instructions” stationed in the Atlantic Ocean.

This journey from launch to drone ship took a little over nine minutes. The plan is to reuse this recovered capsule in the Crew-2 mission scheduled for next year.

The Dragon then separated from the second stage over 12 minutes into flight. About a half-hour later, the Crew Dragon 'Resilience' spacecraft, the name given by the crew, was declared safe in orbit.

A series of burns will subsequently follow to get the spacecraft progressively closer to the Space Station over the course of the day until it lines up correctly as it makes its final approach to dock autonomously to the forward port of the station's Harmony module.

After docking, pressurisation, the opening of the hatch, and astronaut entry into the station will be the sequence of steps.

The docking is expected to happen at 11 pm EST on 16 November (9.30 am IST on 17 November). Once they are in, the Crew-1 astronauts will join the Expedition 64 crew of Commander Sergey Ryzhikov, flight engineer Sergey Kud-Sverchkov, and NASA astronaut Kate Rubins. That will increase the crew size to seven.

Of the four astronauts who are flying to the ISS, three are veterans and one, the pilot Glover, is headed to space for the first time. Glover will also be the first African-American astronaut to undertake a long-duration mission on the station.

After the crew size on the station swells to seven – a range of one to four members more than the usual, the focus of the scientific work will shift to microgravity science. The crew is also carrying new science equipment and experiments with them to the ISS.

Among the experiments expected to be conducted are testing dietary changes against crew health, investigating the effects of spaceflight on brain function, growing radishes and monitoring the plant growth process, and studying heart function in a microgravity environment.

The mission is expected to conclude in the spring of 2021. The astronauts will get back into the Crew Dragon spacecraft, which will undock autonomously from the orbital outpost and head down to Earth. After re-entry, it will culminate in a planned splashdown for the safe recovery of astronauts.