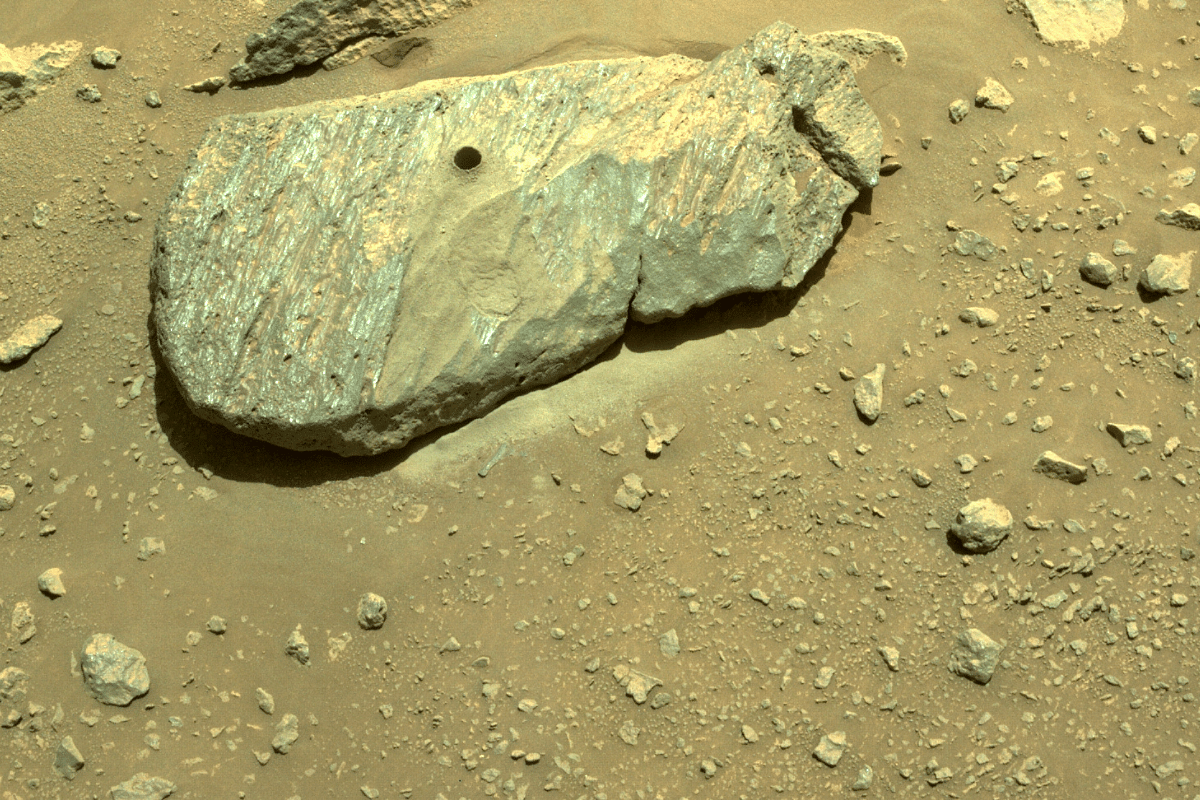 The National Aeronautics and Space Administration (NASA) has achieved a major milestone in its mission to bring back Martian rock to Earth.

The American space agency announced on 7 September that its Perseverance rover had completed the collection of the first sample of Martian rock.

Data beamed back to NASA’s Jet Propulsion Laboratory confirmed the collection of the rock sample, which is said to be “a core from Jezero Crater slightly thicker than a pencil”.

The core, contained in an airtight titanium sample tube, will be picked up along with other samples that get collected during this mission by future NASA-European Space Agency (ESA) missions to Mars.

Once returned to Earth, the samples will be examined closely by scientists in search of new discoveries, especially concerning life on Mars.

“When we get these samples back on Earth, they are going to tell us a great deal about some of the earliest chapters in the evolution of Mars,” Perseverance Project Scientist Ken Farley of the California Institute of Technology has said, as per a NASA news release.

Thomas Zurbuchen, associate administrator for science at NASA Headquarters in Washington, has called the sample collection a “historic moment”.

The sample collection process began a week ago, on 1 September, when a tool on the Perseverance rover’s 2-metre-long robotic arm drilled into a rock nicknamed “Rochette” for collection in a sample tube.

The rover’s Mastcam-Z camera instrument (“Z” for zoom) photographed the cored rock’s presence in the tube. This photographic confirmation received by mission controllers was important because no rock was found to be collected in a picture during the previous sample collection attempt.

In this second attempt, the sample tube serial number 266 was found to contain a rock core. A go-ahead then led to the transport of the tube into the rover’s interior for sealing and storage while it once again got photographed in the process.

Since 1 June, the rover has been exploring a 4-square-kilometre part of the Jezero crater that is believed to contain some of the oldest and deepest layers of exposed bedrock. It is set to move eventually to the crater’s delta region, believed to be rich in clay minerals where signs of ancient microscopic life may have been preserved.

The Perseverance is carrying as many as 43 sample tubes for Martian rock collection. These tubes will be filled up with Martian material that can be returned to Earth for investigation.

NASA successfully landed its fifth rover on Mars, accompanied by the Ingenuity Mars Helicopter, in Jezero Crater at 2.25 am, Indian Standard Time, on 19 February 2021.

The 45-km-wide Jezero Crater, named after the small Balkan town of Jezero in Bosnia and Herzegovina, was chosen for its special significance as a possible home of ancient Martian life.

It is believed that a river once flowed into a lake here and deposited sediments forming a delta. Though the water may be long gone, hidden in here could be preserved organic molecules and other potential signs of microbial life.

By getting a close look at the area, NASA’s most ambitious Mars rover mission yet will explore the question of whether the Red Planet was ever home to life in the 4.6 billion (~460 crore) years of its existence.

Besides searching for life and picking up rock and regolith (broken rock and dust), the Perseverance mission will aim to characterise the planet’s geology and past climate, as well as pave the way for human exploration of Mars in the future.