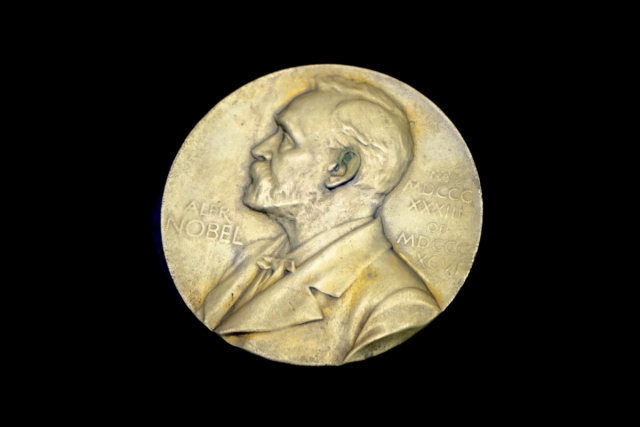 The Nobel prize in chemistry 2020 has been awarded to Emmanuelle Charpentier and Jennifer A Doudna for developing the CRISPR/Cas9 method of genome editing. The tool allows researchers to precisely alter the DNA of plants, animals, and microbes. With the right changes, the hope is that someday individuals can be cured of inherited diseases.

For many years, Charpentier was investigating pathogenic bacteria and in particular the Streptococcus pyogenes. The bacteria was known to infect tens of lakhs of people every year. She started to look at how its genes were regulated.

In the process, she discovered a previously unknown molecule called tracrRNA, short for “trans-activating crispr RNA”. She found that it was part of bacteria’s ancient immune system, CRISPR/Cas, which disarms viruses by cleaving their DNA.

CRISPR is short for “clustered regularly interspaced short palindromic repeats”. These are repetitive DNA sequences in bacteria that are slotted in between unique sequences. Think of different sentences where some words repeat while others change.

What’s special about the unique sequences in bacteria is that they match with the genetic codes of various viruses. This gave rise to the understanding that bacteria after battling a virus infection would add the genetic code of the virus in their genome so that they can be protected from it in the future.

Charpentier collaborated with Doudna, who had accumulated two decades of expertise working with RNA, to recreate the bacteria’s genetic scissors in a test tube and to try and simplify the molecular components of the scissors so they were easier to use.

The two researchers essentially programmed what was a natural process. They showed that the scissors could cut any DNA molecule at a predetermined site. The code of life could be rewritten where the DNA was snipped, opening up a world of possibilities.

The discovery was made in 2012. In eight years, it has received recognition from the Royal Swedish Academy of Sciences. Over its short life span, the tool has already been used for such applications as developing crops that can withstand mould, pests, and drought and for creating new cancer therapies. This may only be the beginning in terms of what’s possible with the CRISPR/Cas9 gene editing technology.

Charpentier is from Juvisy-sur-Orge, France. She got her PhD from Institut Pasteur and is director of the Max Planck Unit for the Science of Pathogens in Berlin, Germany.

Doudna is from Washington DC, United States of America. She completed her doctoral studies at Harvard Medical School in 1989. She is now a professor at the University of California, Berkeley, and Investigator, Howard Hughes Medical Institute.

Charpentier and Doudna will share equally the Nobel prize money of 10 million Swedish kronor (Rs 8.1 crore). They are now among the seven women Chemistry Nobel laureates in history. A total of 112 Nobel prizes in chemistry have been awarded between 1901 and 2019.

Prior to the chemistry Nobel announcement, the Nobel prize winners in physiology or medicine and physics were made known on 5 October and 6 October respectively.

The Nobel prize in physiology or medicine went to scientists Harvey J Alter, Michael Houghton, and Charles M Rice for the discovery of Hepatitis C virus.

The recipients of the physics Nobel were Roger Penrose (half of the prize), Reinhard Genzel, and Andrea Ghez. They won for their contribution to black hole physics.

For the third time in the last four years, the Nobel prize in physics was snagged by research in astronomy and astrophysics.