Russia’s Sputnik V COVID-19 Vaccine: How They Did It 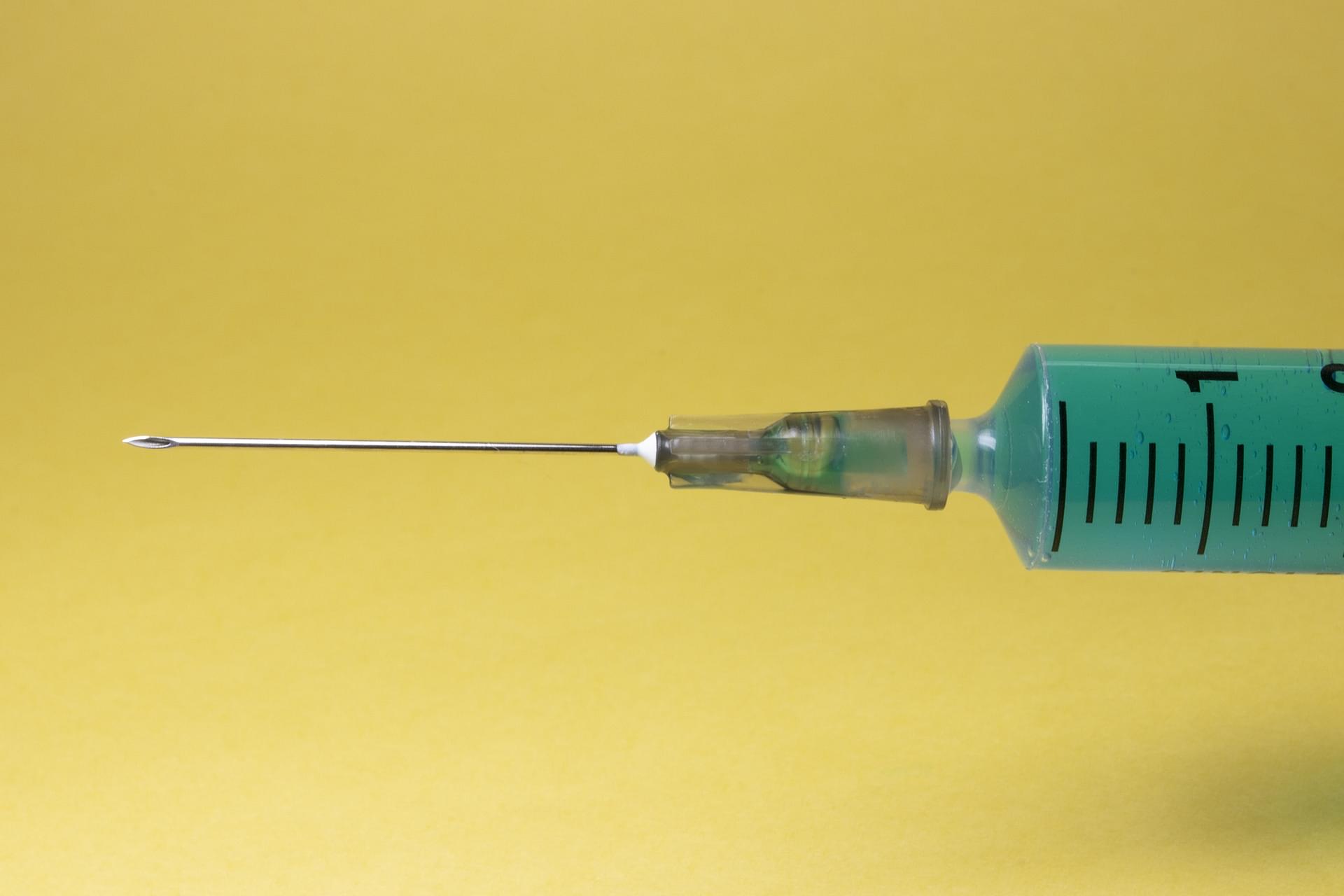 A vaccine that’s been tested in fewer than 100 people received the Russian Ministry of Health’s green light to become the world’s first approved COVID-19 vaccine.

Russia is gambling by combining conventional phase III trials with approved voluntary inoculation of a section of its population, mostly medical staff and the elderly.

In the ordinary scenario, the phase III trial would involve testing the vaccine in tens of thousands of people – the way it’s happening now in the cases of Moderna/National Institutes of Health and Oxford University/AstraZeneca – before it’s approved for circulation in the population.

The Russians are confident of their vaccine’s effectiveness because of prior research, development, and testing work carried out on adenoviral-based vector technology – the base for its coronavirus “Sputnik V” vaccine.

Developed by the Institute of Epidemiology and Microbiology named after N F Gamaleya, the vaccine is built on this platform that has earlier yielded three vaccines against the Ebola virus and, more recently, the Middle East Respiratory Syndrome coronavirus.

The vaccine for Ebola has been tested in more than 5,000 people. Russians are hoping for some of that experience and good showing in the Ebola experiment to pay off in their COVID-19 vaccine, which is based on the same platform.

In an interview with Russia 1 TV channel in May, Gamaleya centre director Alexander Gintsburg explained: “The dried vaccine is easier to transport because the liquid vaccine must be transported through the cold chain. The cold chain is only in the refrigerator at minus 16 degrees. Which is possible, but requires additional costs. Therefore, it was decided to do it in two forms.”

In the preclinical stage, the vaccine was tested on Syrian hamsters, which are extremely vulnerable to COVID-19, and demonstrated safety and protection.

The test at the military hospital was conducted by a Gamaleya centre vaccine collaborator, the 48th Central Research Institute of the Ministry of Defence.

Thirty-eight volunteers, men and women in the age group of 18-60 years, were tested at each centre. They were medically examined in the run-up, which included confirming the absence of antibodies to coronavirus in the body. They were then put through two weeks of isolation to prevent infection.

Prior to vaccination, the participants were split into two groups. The first group received one dose of the vaccine, and the second, two. The second group received their shots on day zero and day 21.

The plan with the double shot is to inject two different types of adenovirus vectors, rAd26 and rAd5, in order to promote lasting immunity.

The trials kicked off on 18 June. After they had taken the vaccine shot, the volunteers reported feeling normal. None of them indicated any adverse reaction.

The volunteers remained isolated in a hospital for 28 days under medical observation after vaccination. The 38-strong group tested at Sechenov University were discharged in batches on 15 July and 20 July, but monitoring of their health would continue for six months.

On 12 July, it was revealed that the vaccine was safe – it did not create an adverse reaction in the body. An increase in body temperature was reported in the first couple of days after vaccination but the temperature returned to normal soon after.

This brief temperature rise and fall was observed in the case of Vladimir Putin’s daughter as well, after inoculation, as the Russian President revealed himself.

With two-stage vaccination through intramuscular administration, the researchers believe that the vaccine accords protection for at least two years. This is again coming from Russia’s experience with its Ebola vaccine. A more accurate picture of the protection time frame will emerge with testing over the next 5-6 months.

Curiously, this stage, although officially phase I, wasn’t the first stage of testing.

Earlier in May, the Gamaleya centre’s employees had already injected themselves with the vaccine to test for safety and immunogenicity.

Gamaleya centre director Alexander Gintsburg had said at the time: "This is not a test. This is self-defense so that we can continue this work. The loss of any employee will lead to a delay in this work. Knowing that they (employees) are developing, they completely consciously took this step. And I myself too (vaccinated).”

Gintsburg had revealed days after this unofficial trial that all volunteer employees were feeling normal and the presence of protective antibodies (neutralising viruses) was detected.

The data that emerged from the official phase I trials confirmed this prior unofficial observation. All volunteers had registered immunity to the infection.

The second phase of clinical trials began in July but the date is unclear. It’s only known that the trials concluded on 1 August, by which time preparation was underway to submit necessary documentation and follow protocols for registration of the vaccine.

This may seem premature – after all, the phase II trials hadn’t even ended – but the August estimate for registration of the vaccine was made as early as mid-May.

Even before that, in April, the regulatory framework was tweaked on Putin’s orders to facilitate speedy registration of the vaccine.

Over time, Russia began to feel confident that not one but two vaccines would get registered in August – one developed by the Gamaleya centre (on schedule) and the other by the Novosibirsk-based state research centre “Vector”.

Some sceptics of the Gam-Covid-Vac may find the vaccine candidate developed by the State Research Centre for Virology and Biotechnology, or “Vector” centre, more reassuring. Going by its trajectory, it seems to be progressing by the book and more in line with international norms.

The Vector centre was, in fact, the first to get off the blocks in January after the genetic sequence of the novel coronavirus was made public. It had developed five vaccine prototypes by the end of February and more than 20 vaccine variants were soon put to test in preclinical trials on mice, ferrets, rabbits, and primates.

Soon, a call for human volunteers went out and a group of about 60 was assembled for testing in the first stage. Most of the participants were employees of the Vector centre, true to the Russian style of “do it yourself”.

The preclinical stage concluded on 10 July and clinical trials kicked off a couple of weeks later on 27 July.

Fourteen volunteers have been inoculated as on 12 August and reported to be doing fine.

The Vector centre’s vaccination is set up to be administered twice, 21 days apart.

By 17-18 August, more will be known about the safety profile of the EpiVacCorona vaccine and a decision will be taken on phase II trials thereafter.

86 volunteers are set to participate in that stage, 43 of whom will receive placebo.

Besides the vaccines developed by the Gamaleya and Vector research centres, the most promising Russian vaccine candidates appear to be those developed by the St Petersburg Research Institute of Vaccines and Serums of the FMBA of Russia, biotechnology company Biocad, and the Federal Scientific Center for Research and Development of Immunobiological Preparations M P Chumakova.

The FMBA vaccine is said to have been based on recombinant protein and nanoparticles. Clinical trials for this vaccine are set to begin in September.

Biocad has developed three vaccines with three different collaborators, each based on a different but well-known platforms.

The Chumakova centre has tested out its vaccine in small rodents and primates and it has reportedly proven to be safe and effective. A test comprising 100 volunteers is scheduled for the end of August.

By the year end, Russia is poised to have a potpourri of coronavirus vaccines built on various scientific technologies. The hope is that at least one or more of these will protect people against SARS-CoV-2.

As for the world’s first COVID-19 vaccine, the Sputnik V is set for a quick roll-out. It is being produced in two places – at the Gamaleya centre and the pharmaceutical plant of the company Binnopharm.

The Binnopharm plant in Zelenograd currently has the capacity to produce 1.5 million doses of the vaccine per year, but it is likely to receive upgrades in order to scale up production.

The third phase of the Sputnik V trials is expected to happen not just in Russia but beyond its shores in some countries of the Middle East, South America, and Asia. It’s unclear at the moment if Europe and North America will come forward to purchase this vaccine.

The first batches of the Sputnik V are set for release in about two weeks’ time. Russia has claimed that India is among the countries that have expressed interest in obtaining the vaccine.

Russia hopes that the vaccine will go into general circulation by January 2021.