Spotlight On Indian Institute Of Astrophysics In Film By Vigyan Prasar To Mark 50 Years Of DST, IIA 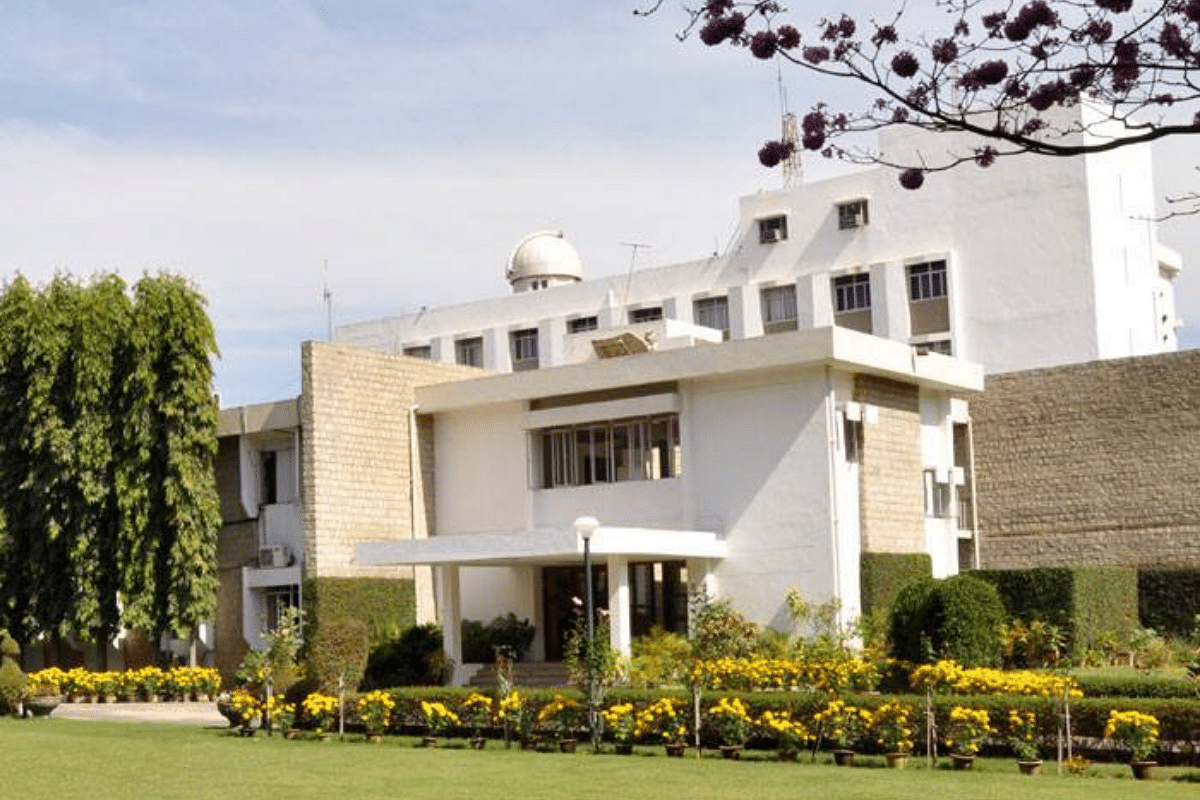 Main campus of the Indian Institute of Astrophysics, Bengaluru

The Indian Institute of Astrophysics (IIA), which turned 50 years old this year, is the subject of a film made by Vigyan Prasar — an autonomous body under the Department of Science and Technology (DST) engaged in popularising Indian science since 1989.

Like IIA, the DST too had been celebrating its golden jubilee year, until May 2021. The new film, released on 24 June, is an expression, among several this past year, marking a milestone for Indian science — and in particular for DST and IIA.

The film explains the motivations behind astronomy and astrophysics research and why the field is important for humanity while also being relevant in our day-to-day life.

It provides a good overview of the past, present, and future of the Bengaluru-based institute, for which it takes the help of some of the senior scientists of the institute.

Some others in the faculty, along with research students and staff, add to the insights about the work and culture of the institute in the film.

“The Institute as it stands now, as the Indian Institute of Astrophysics, is 50 years old, and we are embarking on the next half century of development and research,” IIA director, Prof Subramaniam says in the film.

IIA is a premier institute dedicated to research in astronomy, astrophysics, and related sciences, and has a rich history of science and technology dating back to the late 1700s in its earlier form as the Madras Observatory.

It had a change of home — as well as name — as it became the Kodaikanal Observatory in 1899 before changing form once again more recently, in 1971, to become the Indian Institute of Astrophysics that we know today.

Even in its modern avatar, the institute has changed and adapted over the years to build and strengthen its capabilities. For instance, It went from having just the Vainu Bappu Observatory at Kavalur in Tamil Nadu, which helps to make optical observations of celestial objects, to building the Indian Astronomical Observatory in the Himalayan region of Hanle, Ladakh, in 2001, as well as setting up additional facilities like the Centre for Research and Education in Science and Technology (CREST) near Hosakote.

The Hanle telescope, operated from the CREST campus, is used to observe a wide range of objects, from nearby mates within the solar system to far-away, mysterious objects like quasars and active galactic nuclei.

The Himalayan Chandra telescope at the Hanle facility, which also studies transient phenomena like supernovae, quietly marked its own personal milestone recently as it completed 20 years since the first light in September last year.

More recently, IIA has been involved in an international project to build the world’s most advanced ground-based optical, near-infrared, and mid-infrared ‘eyes’ in the form of the Thirty Metre Telescope (TMT).

Towards this end, as part of the India-TMT collaboration, it is working alongside the Aryabhatta Research Institute for Observational Sciences (ARIES), Nainital, and the Inter-University Center for Astronomy and Astrophysics (IUCAA), Pune.

IIA scientists touch upon this and other exciting developments in the film.

Interestingly, the music used in the film, “A Thousand Years” by Miami-based film/television composer and producer David A Molina, sounds similar to the Hans Zimmer score in Interstellar. It helps add to the atmosphere of this humble film.