Takeaways From Chandrayaan-2: Because There Can’t Be A Better Time To Make A Few Observations About Indian Science 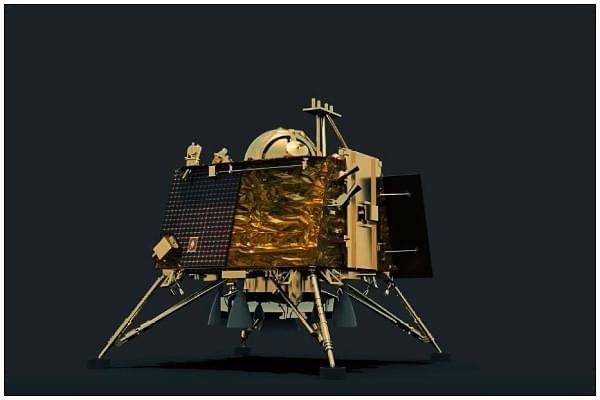 Even as we seek an understanding as to how and why communications between Vikram and the ISRO were broken at a height of 2.1 km from the lunar surface, even with a slight yet waning possibility that Vikram is still intact with only its communications to Earth cut, and even in the sure knowledge that the Orbiter is securely in lunar orbit and will continue to send reliable data for a whole year, the collective experiences and agonies that we have all shared last night should prompt us to think about more general issues concerning science in India.

About its execution and dissemination, and the responsibilities that the various sections of our people, be they scientists, politicians, science bureaucrats or lay persons, have towards science itself.

At the outset, it is important to note that there are various types of science. There is science as an academic activity, industry-oriented science, science for societal well-being, science for the student, and science for strategic purposes like Chandrayaan.

The aims and goals of these varied kinds of science are quite distinct, as is their nature. The methods employed to achieve success in any of them use varying proportions of teaching, technology and R&D.

Launching a moon rocket is not the same as publishing a high impact scientific paper that is recognised worldwide, and this in turn is different from discovering a new drug or solving the drinking water problem or the sewage and garbage disposal problem in our towns and cities.

However, there is a unifying theme that links all these activities, and that is the importance of having a critically large and competent scientific workforce. In turn, this means that one needs to impart a modern and sensible science education across a wide cross-section of youth so that they might reasonably develop themselves as scientists or scientifically inclined people of the next generation.

With absolutely no prejudice or misgivings about the competence, courage and confidence of team ISRO, one is also entitled to ask whether under any conceivable set of conditions, last night’s exercise might have ended as an unqualified success.

Would more money have made the difference?

Would more manpower have made the difference?

Would a higher quality manpower have made the difference?

Was it just plain bad luck?

Have we not been in the serious scientific enterprise long enough? Is there anything lacking in our general science culture, which if present might have made the difference? Other questions also come to mind and I think responsible scientists should ponder about these more general aspects of the matter.

In this regard, there is a great confusion in the minds of scientists, educationists, politicians and administrators about policy and planning of our overall scientific endeavours.

There is no doubt that a good educational programme is a must and it is here that we are found wanting. There are too many variables, too many special interests, too many divergences and too many contradictory motivations that have more or less brought any kind of high level rigorous science education enterprise to a grinding halt.

Making a young student cram material in order to pass a qualifying examination to enter the IIT and to then to make him or her cram again to get into the IIM so that he or she might analyse spread sheets for a detergent company is not my idea of a science education.

Starting an IISER without worrying about the quality of the +2 syllabus is like looking at the icing on the cake instead of looking at the cake itself. The space programmes of the USA and Russia (formerly USSR) followed a half century of highly focused, extremely rigorous and in depth educational effort in those countries. Each of these superpowers also developed a huge industrial infrastructure. Their economies developed because of their industrial base, not because of software, Y2K tomfoolery, outsourcing from the advanced nations, or the service industry.

Their educational programmes were universal in their goals but nationalistic in their operation in the sense of using peculiar advantages that they alone possessed. We are still to work out a format for science education that leverages India’s advantages. At present, all that our education programmes do is to highlight our liabilities, whether they are caste reservations, economic inequalities, linguistic chauvinism, regionalism or corruption.

One cannot be all things to all people at all times. This is scientifically impossible and our politicians need to know this. We have recently seen a new draft National Education Program.

This is full of idealistic pronouncements but it is not substantially different from earlier avatars of the same starting with the report of the Radhakrishnan Committee of 1948.

What do any or all these reports tell us in terms of how to achieve the laudable goals that they all set out so nobly?

Will successive governments try and explain to us why they followed so few of the wonderful recommendations that are found in these reports?

I think that we the people of India deserve answers to these questions, simply because education is such a vital sector the lack of proper progress in which will render progress in all other sectors valueless.

I come now to the question of money. It has been said by Indians and foreigners that it is a great accomplishment that Chandrayaan-2 went as far as it did with an investment of just Rs. 978 crore. This is undeniable and attests to the idea that we as a race are extremely adept at making the rupee stretch.

The unkind may call this jugaad and the kinder ones may call this optimisation of technology costing but in the end I will merely say that any situation in science where the thinking process is influenced and affected by monetary considerations is an enclosing situation which might prevent free rein to the scientific imagination.

It is recognised that up to a point a small shortage of funds actually stimulates the thought process but beyond this stage, poverty is no longer a virtue.

I am careful to maintain that ISRO in this particular instance might not have been fund starved, but it is very difficult to prove or disprove whether certain things might have been done, which were not done at present, if the Chandrayaan budget had been 2000 crore rather than 1000 crore. These things might have been largely implicit in nature, say back-up arrangements, greater insurance against mishaps, the ability to hire more people or whatever.

Leaving ISRO aside momentarily, it is widely recognised and acknowledged by scientists and educationists that our overall outlay in the science sectors is abysmally low. Science and Technology gets just 0.85 per cent or so of GDP PPP and it is universally acknowledges that unless one touches 2 per cent of GDP PPP for science, no real progress is possible.

In some countries like the USA, Japan and South Korea, the outlays are even higher.

Each science department on average receives only around Rs. 5000 crore per year and the total commitment to science in the Government sector is just a measly Rs. 30,000 crore or so, with the three major science departments, DST, DBT and CSIR, getting just around Rs 13,000 crore taken together.

The entire education budget (primary and higher) across the length and breadth of this vast country is just Rs 95,000 crore. These amounts are all laughably small. If Chandrayaan teaches us any lessons, the first one should be that we should stop taking undue pride in the fact that we did what we did with a budget as small as this. It is a bit like saying that someone got an Olympics gold medal in track-and-field or swimming on a diet of 2000 kcal/day.

In the end the only thing that matters is getting the medal: what is certain is that someone who is on a diet of 5000 kcal/day has a much better chance, statistically speaking, of winning the medal than a person on a 2000 kcal/day diet. It is the same in higher level science.

We have all been fed the story of C. V. Raman spending just Rs 200 to do his Nobel Prize winning research in 1928. These stories do incalculable damage within the minds of young students and we should desist from popularising them.

I finally take up the matter of improving our science ecosystem. Any extensive enterprise that has gone on for several years builds up an ecosystem. India has had the misfortune of labouring with a scarcity economy for many decades.

The ecosystems that developed in this country are therefore those that highlight privilege, corruption and mediocrity. Loyalty is preferred to merit, conformity is favoured, quality is feared and the system is self-replicating gradually edging out all external elements.

We are all familiar with the Lutyens ecosystem in our national political scenario. Is it too much for the reader to appreciate that we have a similar ecosystem in science? Given the reality of this pernicious science ecosystem that we now have, no amount of wise policy formulation or substantive financial infusion will cause beneficial change.

The present government has already built up a good track record in clearing the debris of our erstwhile political and financial ecosystems. They seem to be well aware of the debilitating effects of these ancient regimes. I am sure therefore that it will be just a matter of time before various anomalies and irregularities in the conduct and practice of science in higher education and R&D sectors are eliminated.

A country that is aspiring to greatness is not unduly perturbed by a single incident, misadventure or mishap but rather draws lessons and attempts to understand the deeper causes and currents that underlie these events.

I have tried to use our experiences with Chandrayaan-2 to highlight what I believe to be major problems in our science research and education activities.

I conclude in the sure knowledge that Chandrayaan-3 will achieve all its desired results as we move to a more progressive and advanced situation.