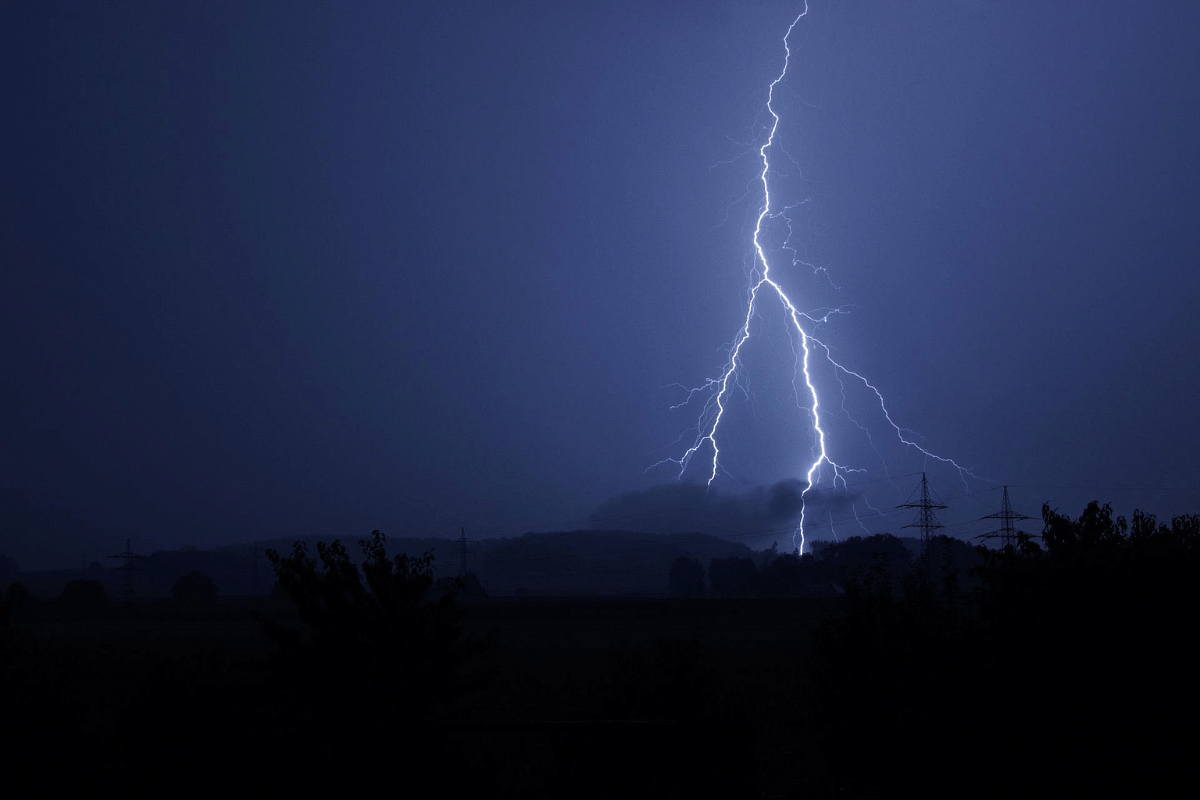 “Every year about 3,000 people die because of lightning," IMD's Dr Mrutyunjay Mohapatra said.

The Director General (DG) of Meteorology at the India Meteorological Department (IMD), Dr Mrutyunjay Mohapatra, shared this on the occasion of World Environment Day (WED) at the Council of Scientific and Industrial Research-National Institute of Science Communication and Policy Research (CSIR-NIScPR).

As for India’s early warning system in general, “India is second to none,” the IMD DG stated.

Dr Mohapatra is affectionately known as the “cyclone man of India” for his cyclone forecasting and early warning prowess, which is said to have helped minimise loss of life during many a cyclone. He leads the cyclone warning division of the IMD.

He explained that while comfort has increased on an individual level over the decades, the environment has degraded. “The comfort is not sustainable. It is becoming threatened by the changes in environment,” he said.

The average global temperature on Earth has increased by over 1.1 degrees Celsius since the late 1800s, with the majority of the warming occurring over the last four to five decades. Though there are natural factors influencing this change, it is recognised that human activities have been largely responsible.

Hence, there is the addition of the “anthrosphere,” which is associated with human activity modifying the environment, over and above the four major spheres of the natural environment — lithosphere, atmosphere, hydrosphere and biosphere.

In case of temperature rise, there are three implications, explained Dr Mohapatra — a shift in mean temperature, which in turn leads to lesser cold wave conditions, and a rise in heat wave conditions. But it’s not that simple; even variability of weather increases.

The year 2022 continued the trend and reflected the implications pointed out by Dr Mohapatra. Temperatures in India during the month of March were the highest of any March since record-keeping began over 120 years ago (1901-2022). Meanwhile, April of 2022 was the third-hottest April during this period.

On 5 May, Prime Minister Narendra Modi chaired a meeting to review heat wave management and monsoon preparedness in the country. States and Union territories were advised to prepare heat action plans and flood preparedness plans in response.

To strengthen efforts against climate change, Modi launched a global initiative called “Lifestyle for the Environment — LiFE Movement” on 5 June.

The LiFE movement’s goal is to drive collective action through climate-friendly actions taken by individuals around the world. It will hopefully lead to a wide ecosystem of people that promotes and enables environmentally friendly lifestyles.