Prafulla Chandra Ray: The Acharya Who Revealed History Of Hindu Chemistry To World 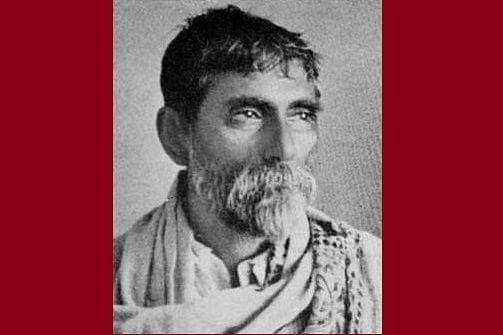 Today (Friday, 2 August) happens to be the 158th birth anniversary of Acharya Prafulla Chandra Ray, a brilliant scientist, educationist, historian, entrepreneur and philanthropist, who is considered to be the father of chemical science in India.

Acknowledged to be the first entrepreneur in India’s pharmaceutical and chemical sector, Ray was also a fierce nationalist who stirred his students at Calcutta’s Presidency College with “science can wait, swaraj cannot” call.

But what students of chemistry in India have not been told about this forgotten Acharya, whose birth anniversary went largely unnoticed, was that he wrote a two-volume masterpiece on ancient Hindu chemistry. Ray’s seminal work — A History Of Hindu Chemistry From The Earliest Times To The Middle Of The Sixteenth Century A.D — won him plaudits and revealed to the world the path-breaking advances made by ancient Indian scientists.

Ray (1861-1944), who founded Bengal Chemicals & Pharmaceuticals, India’s first pharma company, in 1901, pored through voluminous ancient texts like the Upanishads, Vedas, the Arthashastra and other ancient texts with the help of renowned Sanskrit scholars. He is credited with getting international recognition for not only ancient Indian chemistry, but also ayurveda.

His book reveals that in the eighth century CE, the caliphs of Baghdad ordered extensive translation of ayurvedic texts into Arabic and Persian and sent many of their renowned scholars to India to study ayurveda.

Ray conclusively proved that the Greeks, too, derived their knowledge of the sciences from the ancient Hindus. For instance, the ancient Hindus had solved the forty-seventh proposition of the first book of Euclid 200 years before the Pythogoras.

Ray’s book highlights the surgical and medical treatises of Susruta and Charaka in the pre-Buddhist era. Ray discovered, and wrote about, a highly interesting gathering of medical experts and alchemists from other ancient civilisations “somewhere in the Himalayas” around 1000 BCE!

Gold was considered the elixir of life and lead the dispeller of sorcery. Thus, concludes Ray, Atharvaveda was at least a thousand years older than Charaka’s treatise, which means that the fourth Veda would date back to around 1500 BCE since Charaka lived in the third century BCE. Ray’s book contains supporting Sanskrit texts, variants and illustrations derived from ancient Hindu texts, and translations.

The book (in two volumes) is an invaluable treasure trove of information on the alchemical ideas in the Vedas, the advances made in chemical and pharmaceutical sciences during the ancient times in India, what the Arabs learnt from the ancient Hindus and a lot more.

The book conclusively proves that ancient Hindus made huge advances in alchemy and medical sciences as well as surgery, and the rest of the world imbibed knowledge of the sciences from them.

The book also has very interesting formulas on the Hindu method of preparing calomel (a purgative), how caustic alkali used to be prepared in the ancient times, the preparation of makardhwaja (an ancient aphrodisiac and medicine used to treat sexual deficiencies) and many more such gems.

In the preface to the second volume, Ray very authoritatively states: “ancient Hindu astronomy and mathematics were not less advanced than those of Tycho Brahe, Cardan and Fermat; the anatomy was equal to that of Vesalius, the Hindu logic and methodology more advanced than that of Ramus, and equal on the whole to Bacon's; the physico-chemical theories as to combustion, heat, chemical affinity, clearer, more rational, and more original than those of Van Helmont or Stahl; and the Grammar, whether of Sanskrit or Prākrit, the most scientific and comprehensive in the world before Bopp, Rask and Grimm”.

And he conclusively proves all that in his book.

Ray graduated from the University of Edinburgh before completing his doctoral studies and returning to India in August 1888. The next year, he started teaching chemistry at Presidency College. His research in nitrites is considered seminal.

A prolific scientist, he wrote 107 papers in all branches of chemistry by 1920. He was knighted in 1919, and founded the Indian School of Chemistry (the first chemical research institute in the country) in 1924.

Ray was an ardent nationalist from a young age and as a student in the United Kingdom, he wrote an essay ‘India before and after the Mutiny’ which, though critical of British raj and containing dire warnings to the British about their misrule over India, won many plaudits.

Sadly, not only has this doyen’s birth anniversary gone uncelebrated, few know of his book that revealed to the world the rich body of knowledge in various sciences possessed by the ancient Hindus.

Read the illuminating masterpiece here and here. The book can also be purchased online.