The Momentous Gene: How The Post-Genomic World Can Possibly ‘Design’ Humans 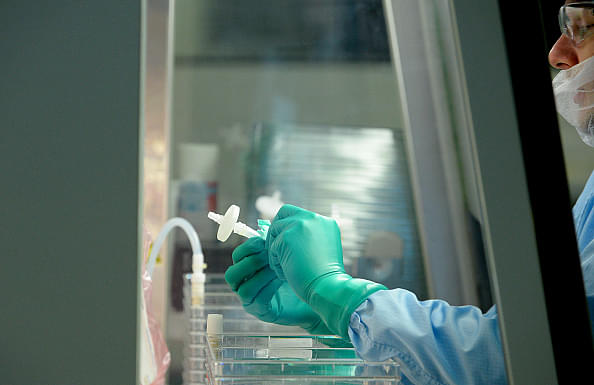 Siddhartha Mukherjee, the author of the Pulitzer-Prize winning The Emperor of All Maladies (2011) is back with his latest book The Gene: An Intimate History (2016). Indian-born Mukherjee graduated from Ivy League institutions in the US and the UK and is now assistant professor of medicine at Columbia University.

As Mukherjee writes in the prologue:

"This book is the story of the birth, growth, and future of one of the most powerful and dangerous ideas in the history of science: the "gene", the fundamental unit of heredity, and the basic unit of all biological information.

"I use that last adjective - dangerous - with full cognizance. Three profoundly destabilising scientific ideas ricochet through the twentieth century, trisecting it into three unequal parts: the atom, the byte and the gene. Each is foreshadowed by an earlier century, but dazzles into full prominence in the twentieth. Each begins its life as a rather abstract scientific concept, but grows to invade multiple human discourses.... But the most crucial parallel between the three ideas, by far, is conceptual: each represents the irreducible unit - the building block, the basic organizational unit - of a larger whole: the atom, of matter; the byte...of digitized information; the gene, of heredity and biological information."

Mukherjee begins his story, as he should, with the friar Gregor Johann Mendel's work in his monastery, where he studied pea hybrids. Mendel published his work in 1865 in an obscure journal where it lay hidden until rediscovered in 1900 by Hugo de Vries. This was the year that biology was revolutionised (You must note that 1900 was the year that physics was also revolutionised - by the publication of Max Planck's paper on energy as quanta).

Mendel discovered that characteristics are transferred from one generation to the next in a neat statistical manner. He explained that this happened by the "passage of discrete pieces of information from parent to offspring". But where did the information (the elusive "gene") reside?

In the 1890s, Theodor Boveri identified the chromosome as the physical residence for genes and scientists like Thomas Hunt Morgan built upon his work by carrying out chromosomal mapping. Hermann Muller discovered that X-rays cause mutations in genes. But it was mistakenly thought for 40 years that the gene resided in the proteins (histones) in the chromosome rather than in the DNA which was coiled with them. Only in 1944 was there positive confirmation from Oswald Avery, Colin MacLeod and Maclyn McCarthy that the DNA was the carrier of genetic information. And, as is known to every schoolboy now, in 1953 James Watson and Francis Crick showed the structure of the DNA to be a double helix.

Till the gene was discovered, biologists were more or less involved in what Ernest Rutherford contemptuously called "stamp collecting": the classification of flora and fauna based on anatomy and morphology. After the structure of DNA was unravelled, biology turned into a molecular and informational science where the arrangement of bases on the DNA led to the synthesis of enzymes.

In the 1960s and 1970s, Paul Berg, Herb Boyer and Stanley Cohen among others discovered ways of manipulating the gene and commanding it to produce chemicals of one's desire - this brought about the fields of genetic engineering and biotechnology. In the 1980s, biotech companies were all the rage as they aspired to produce chemicals such as insulin by engineering bacterial and mammalian cells.

Mukherjee writes with a verve and grace that is very much sought after in science writing. His style loosely reminded me of another book I had read long ago during my PhD days: Graeme K Hunter's Vital Forces: The Discovery of the Molecular Basis of Life (2000). While Hunter stops about 1970, Mukherjee goes further to cover subjects like gene cloning and the Human Genome Project.

The Human Genome Project which was completed in June 2000 has laid bare the "Book of Man" (to use Mukherjee's words) to be mined for the next generation of advances such as treatment of cancer and mental illnesses such as schizophrenia, bipolar disease and autism.

Mukherjee ends with the period 2010-2015 in which new methods to "edit" and change human genomes have been invented. In 2015, scientists invented CRISPR/ Cas9-based genomic engineering which "allows us to add information to the genome". This gives us the potential to improve ourselves rather than to just correct defects!

How will this post-genomic world look? As Mukherjee puts it with restraint, that belongs to another generation of researchers.