UAE Sends Hope Probe To Mars; Nearly A Century Later, It Hopes To Send Humans There 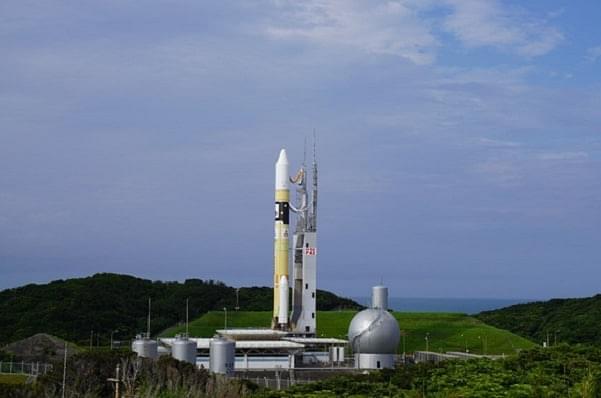 Preparations on for Hope launch.

The United Arab Emirates’ mission to Mars has kicked off. With help from the Japanese, the UAE spacecraft has begun its seven-month journey to the red planet.

The country aims to study the Martian atmosphere with its orbiter, Amal – meaning “hope” in English, and provide a “complete picture” of atmospheric activity.

The orbiter will go around Mars for a year, though one Martian year for us Earthlings counts as two.

Once the Hope probe gets there, it will transmit measurements from the upper, middle, and lower levels of the Martian atmosphere, hopefully giving us a better understanding of the weather system on the planet as well as how matter and energy circulate across the different layers.

The distribution of hydrogen and oxygen in the upper layer of the atmosphere will also be gauged and how its loss relates to changes in weather.

At least a part of the rationale for undertaking such a mission is to know how Mars transitioned from being a wet and warm planet once upon a time to the cold and dry one it is now.

Clearly, this mission is a significant step for the Emirates.

The country’s space programme is in its early days – prior to this launch, they had placed three earth observation satellites in orbit, with help from South Korea and Japan.

Compare this to the likes of India, who have had two Chandrayaan Moon missions, one Mangalyaan Mars mission, and a host of other impressive space launches, like sending 104 satellites up in orbit in a single flight, and one can tell the difference.

The United States, Russia, China, and the European Union are further down the line, almost hard to see from where Emirates currently stands.

Yet, this is significant and will hopefully pave the way for greater and grander things to come.

Because, this is but the first step towards the UAE’s wildly ambitious though entirely plausible plan to put a human colony on Mars.

Just one thing – we’ll have to wait another 97 years for it.

UAE And The Mars 2117 Programme

The Emirates made the Mars 2117 announcement during the World Government Summit 2017, setting a century-long timeline.

His Highness Sheikh Mohammed bin Rashid had tweeted with enthusiasm about the project and directed the country’s Mohammad Bin Rashid Space Centre to prepare a 100-year plan for its implementation.

The plan was to “focus on preparing specialised national cadres and developing their capabilities in the fields of space science, research, artificial intelligence, robotics and advanced space technologies.”

We aspire in the coming century to develop science, technology and our youth's passion for knowledge. This project is driven by that vision. pic.twitter.com/4QibJjtiM2

We have lift-off. H2A, the rocket carrying the Hope Probe to space, has launched from the Tanegashima Space Centre in Japan.#HopeMarsMission pic.twitter.com/pRKZLOL7NT

It’s quite a seed to sow for the UAE, isn’t it?

But it’s probably because the country realises that space will be a dominant force this century, and if any country has to stand up and be counted, it will need to show a CV carrying at least a few halfway decent space achievements.

If the twentieth century brought about the prized accomplishment of landing on the Moon, the twenty-first will see preparations for, if not the achievement of, big space objectives like setting up a city on Mars with people in it.

How Does One Go About Such A Monumental Task?

The UAE will have to develop expertise, perhaps, from scratch if not near it, for a planetary settlement here on Earth.

Matt Damon’s character in The Martian didn’t have a choice, but the Emiratis, much like other space programmes independently working towards a similar endeavour, do.

Part of the Emirates’ plan, therefore, is the Mars Science City.

It will essentially be made up of laboratories which will try to simulate as closely as possible the conditions that one would encounter on Mars.

Mars is no joke. The Red Planet is rough. The average temperature there is about minus 60 degrees Celsius and the atmosphere is a hundred times thinner than Earth’s, robbing the planet of the thermal blanket that keeps Earth safe.

In the UAE’s domestic version of Mars, a team of scientists and astronauts will live in such a hostile environment for one year in preparation.

Study and testing over a long period of time – and there’s a lot of time – in such an apparently inhospitable area would help research teams develop the necessary technology for an inhabitable settlement on Mars.

What’s great is that this won’t help with the Red Planet alone.

It often goes unnoticed how much of the work that goes into space exploration ends up being useful here on Earth. (GPS, anyone?) And it’s not like Earth is a uniformly convivial place in all directions.

Some of the drier parts of the Atacama desert in Chile or interior Antarctica are testament to how Earth can be sometimes.

Besides running simulations down here to prepare for Mars, the Emiratis would also require people who could be shipped to the Red Planet, naturally.

To that end, the UAE initiated their astronaut programme in April 2017. The plan is to build an “Emirati astronaut corps for scientific space exploration missions”.

They received more than 4,000 applications after the programme was announced, and two bright candidates were picked from the pool the next year – Hazzaa Al Mansoori and Sultan Al Neyadi.

The year after, 2019, was historic for the Emiratis as one of the chosen astronauts, Al Mansoori, became the first in the country to be deployed on a space mission to the International Space Station.

He spent over a week there. Prior to the astronaut gig, Al Mansoori was a military pilot – in fact, the youngest F-16 pilot ever for UAE.

The other chosen astronaut, Al Neyadi, was previously a network security engineer with the UAE military.

The UAE astronaut team will surely balloon over the years. It will be they, along with scientists and researchers from various areas, who will be looking to lead the Arab world, which was once a prominent centre of science and mathematics, into space.

Already, there are Arab contenders, if not competitors, for space exploration in the region.

Cases in point are Bahrain’s National Space Science Agency, established in 2014, and the Saudi Space Agency, in 2018.

The Saudi Space Commission has already tied up with several regional partners for various missions.

Remember, also, that the UAE is no stranger to building glittering cities with prized monuments.

How interesting it would be to have that sense of grandeur injected into its goal of building a habitable city on Mars.

Not sure how much utility it would have for the actual science of things, but it may make interplanetary missions a tad bit more interesting, if that’s even possible.

But if the UAE does have grandeur on its mind, none of it is showing through in its communication.

The Emiratis have been keeping things low key, placing the emphasis more on international cooperation and scientific collaboration.

There is little to no talk of world-beating or being the quickest or fastest, at least not yet.

That’s an indication that the Emirati leaders are seeing much more to its space programme than just launches and probes.

At the outset, the outlining of such jaw-dropping goals appears to set the stage for spurring scientific curiosity and building a culture of science and technology on a nationwide scale.

This sentiment, perhaps, reflects in a statement made by the Crown Prince of Abu Dhabi, Sheikh Mohamed bin Zayed, when he said in 2017: "The Mars 2117 Project is a long term project, where our first objective is to develop our educational system so our sons will be able to lead scientific research across the various sectors.”

For now, the uncrewed Mars mission is underway. Assuming things go to plan, the Emirati space centre won’t have to wait long before the Hope probe gets there – February 2021 – and before data begins trickling in – September 2021.

And this will happen in a year that will mark 50 years since the birth of the Arab country, making it all the more special.

I was reading about the response of the people behind the mission.

“At the space center in Dubai, people watching were transfixed by the liftoff, then cheered and clapped,” reported the AP, “with one woman offering a celebratory cry common for weddings.”

Looks like this celebratory cry will be a long-term affair for the Emiratis.

I surely hope so.