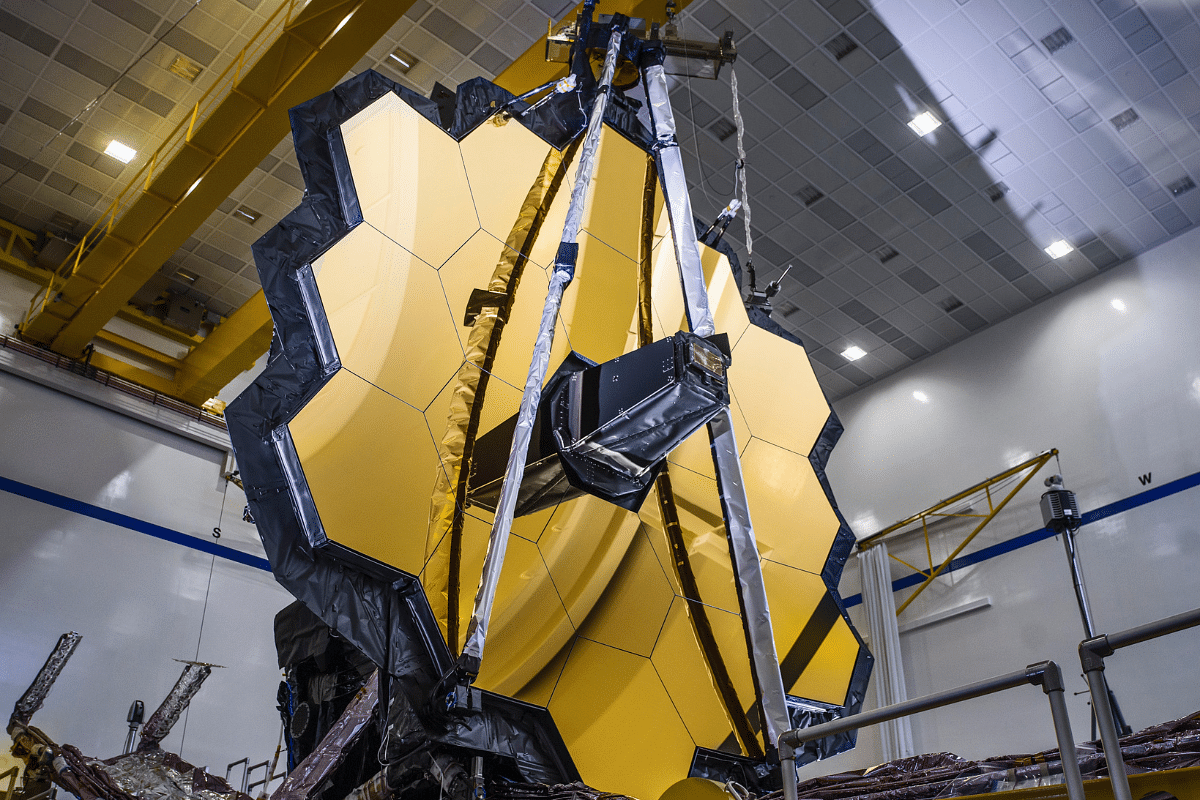 The engineering marvel that is the James Webb Space Telescope lapped up a major milestone over the weekend.

On 8 January 2022, the American space agency National Aeronautics and Space Administration announced that all the major deployments on the landmark Hubble telescope successor had been completed.

The unfolding of the Webb’s two primary mirror wings — to complete the mirror's golden honeycomb-like structure — marked the end of a two-week tense telescope deployment process.

“There are 50 major deployments that transform Webb from its stowed, launch configuration into an operational observatory,” Michael McElwain, Webb observatory project scientist, NASA’s Goddard Space Flight Center, had said in a blog.

Now, the telescope is unfurled in its entirety and is headed, as planned, to occupy its designated real estate in space, called the Lagrange Point 2.

The James Webb Space Telescope took off on Christmas, 25 December 2021, at 7:20 am Eastern Standard Time (EST) from Europe’s Spaceport in French Guiana. Soon after launch, it had critical things to do — which included deployments that would slowly get the telescope ready for science operations at a later date.

It began with the unfolding of the solar array automatically (without commands) just about 30 minutes into launch. The solar panel started powering the telescope. After planned course correction burns, among other steps, the structures that held the Webb’s sunshield together were deployed (by human commands, the norm henceforth) three days later, on 28 December.

The unfurling of the 70-foot sunshield — about the size of a tennis court at full size — was a key milestone in taking the telescope towards science operations. The sunshield’s job is to protect the telescope from the light and heat of the Sun, Earth, and Moon.

“The success of its most challenging deployment – the sunshield – is an incredible testament to the human ingenuity and engineering skill that will enable Webb to accomplish its science goals,” Thomas Zurbuchen, associate administrator for NASA’s Science Mission Directorate, said in a NASA statement.

Then came the mirror deployment. On 5 January, the deployment of the second mirror was confirmed by NASA. Lee Feinberg, optical telescope element manager for Webb at Goddard, described it as the deployment of “the world’s most sophisticated tripod”.

On 8 January, the primary mirror was confirmed deployed, marking the completion of all major deployments and setting the stage for “the remaining five and a half months of commissioning, which,” according to NASA, “consist of settling into stable operating temperature, aligning the mirrors, and calibrating the science instruments”.

“On behalf of ESA, I want to sincerely congratulate our colleagues at NASA for this achievement,” said Josef Aschbacher, the Director General of the European Space Agency (ESA), which is a partner alongside NASA and the Canadian Space Agency in the Webb telescope project.

Webb is on its way to L2, situated 15 lakh kilometres from Earth.

According to ESA, Webb will allow scientists to directly observe the first stars and galaxies forming in the early universe from more than 13.5 billion years ago. This is a time not long after the Big Bang.

It was also announced recently that the telescope would be able to do science in space for longer than its planned 10-year lifetime. It was thanks to the “precise launch” of the spacecraft on board the French Arianespace Ariane 5 rocket.

Also Read: How Hubble Successor James Webb Telescope Can Greatly Expand Our Understanding Of The Universe