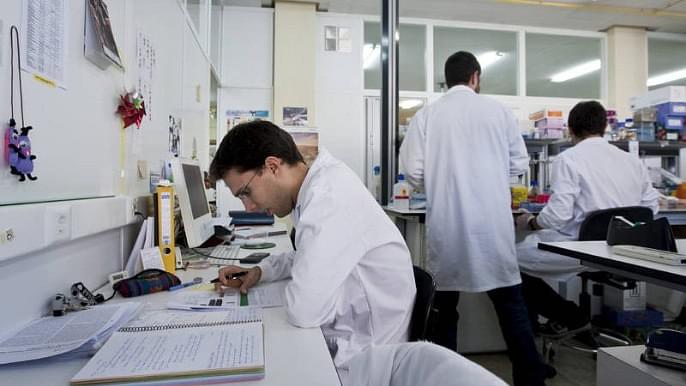 The recently released Economic Survey has a chapter on “Transforming Science and Technology in India”. It makes for dismal reading especially for a country that aspires to be a serious global superpower or at least be taken seriously as a claimant.

In the knowledge economy of the twenty-first century, it is science and technology that will enable a country to leapfrog others and transform by solving problems in water, waste, energy, defence, space, agriculture, financial services, health, education and many more areas. And investments in research and development (R&D) lie at the heart of this matter. Our investments in R&D, captured in the table below from the Economic Survey, tell their own story.

India spends just 0.8 per cent of gross domestic product (GDP) on R&D with private business spending just $17 billion (private-public partnership), representing about 35 per cent of the total spend of $48.1 billion or about just 0.28 per cent of GDP. The government spends about 60 per cent of the total R&D spends in areas like space, atomic energy, earth sciences and biotechnology, and science and technology. And of this, the central government makes up the substantial portion.

What is staggering is that the R&D spend-to-GDP ratio has remained stagnant for the past 20 years! Apart from the countries listed in the table, India’s spending on R&D is lower than other Asian countries like Japan and Korea, the Asian science and technology powerhouses, apart from China. What is fascinating is that even as the GDP per capita has increased, R&D spending has declined.

According to one analysis, there are 26 Indian companies in the list of the top 2,500 global R&D spenders compared to 301 Chinese companies. Nineteen (of these 26) firms are in just three sectors – pharmaceuticals, automobiles and software. India’s firms do not feature in five of the top 10 R&D sectors, as opposed to China that has a presence in each of them. In addition, the top Indian sectors for R&D spends are pharmaceuticals, automobiles and software. Lupin, the pharma major, spent about 8.9 per cent of its sales on R&D while Tata Motors and Mahindra spent 5.23 per cent and 4.24 per cent of revenues respectively in fiscal year 2016 comparing well with global majors like Diamler (5.5 per cent), Volkswagen (6.4 per cent) and Volvo (5.1 per cent). However, most Indian auto companies spend just 0.5 per cent to 1 per cent of revenues.

A look at the R&D spends by leading Indian companies (2015) tells a story; India’s largest private sector company, Reliance, spent just 0.3 per cent of revenues on R&D in 2015! In addition, the variation in spends is stark (source).

And why do Indian private companies spend so little on R&D? There is no incentive for companies to invest in R&D-based innovation: this has its origins in India being a capital-starved, high cost-of-capital country, undiscerning customers unwilling to pay for superior quality products, no regulatory requirement to invest in R&D to create safer, better, higher quality products, the lingering meme of the licence raj (coyly referred to as “managing the environment”) era, where control of production trumped winning in the market through innovation, and bad policies that encouraged imports over locally developed products. Imitation is a lower-cost substitute for innovation!

So, what can be done?

First, there needs to be a realisation that to be a serious player on the global stage in this century, owning knowledge (R&D) and innovations (commercialising R&D through engineering and technology) is critical. As Nobel laureate Sir C V Raman said, “We need a spirit of victory, a spirit that will carry us to our rightful place under the sun, a spirit which can recognize that we, as inheritors of a proud civilization, are entitled to our rightful place on this planet. If that indomitable spirit were to arise, nothing can hold us from achieving our rightful destiny.”

We need that Indian dream, the aspiration, the spirit, the sense of mission.

Second, India works well when there is a mission. There are enough and more problems in India that need solving. Why not involve India’s private sector alongside the 12,000 scientists and technical personnel employed in 38 Council of Scientific & Industrial Research (CSIR) labs (and their 39 field research stations) to solve key problems in water, waste, sanitation, agriculture, telecom, security, building materials, infrastructure, defence, energy and other sectors. Open up the 1,376 technologies/knowledge base developed in the last decade of the twentieth century in the CSIR labs for exploitation by the private sector. And create missions and challenges to solve specific problems in each sector, rather than blue-sky research.

Israel has developed technologies for desalination, for personalised agriculture, cyber-security and many other areas and is offering these to India today. Is there any reason India cannot do the same or solve specific problems of the country, given the number of scientists, engineers and technologists it has access to? For example, the biodegradable Nasofilter, developed by the Indian Institute of Technology, Delhi, in November 2017 and aimed at helping people deal with Delhi’s pollution, can now be further innovated upon by industry experts and taken to market around the world.

India is the largest importer of arms and for long, the private sector had been kept out. Most countries have a well-developed R&D-based private sector that is active in the defence sector. Leading-edge technologies are developed by such companies in countries like Israel, the United States and China. India is one of the world’s largest and fastest-growing telecom markets and yet there is no Indian telecom technology company.

Monopoly public sector undertaking companies like ITI (Indian Telephone Industries) and C-DoT were destined to die given the bureaucracy, lack of investment and innovation. Any reason India’s private sector couldn’t have been part of these sectors? Again, outdated socialist policies and vested interests ensured that India didn’t build capability.

Third, policy measures must provide tax breaks or write-offs for companies investing in R&D directly or indirectly (example, through/into technology funds). Encourage Indian companies to partner with government labs, with universities and research institutions by providing incentives for developing solutions or solving challenges for specific problems of India. This will require budgets for training, contracting, marketing, joint development involving technology transfers, commercialisation of technology and the like.

Fifth, the obvious one of reducing bureaucracy and freeing up Indian organisations from raising monies, setting their own policies on hiring, compensation, forging partnerships, licensing and so on. Provide a framework for allowing top-class scientists, technologists and engineers from around the world to be hired by Indian companies – private and public.

These, then, are some possibilities among many that readers can contribute to.

As a country, it is high time we got rid of the culture, politics and bureaucracy that defined the earlier R&D – that is, receive and dispatch – to the R&D that matters – research and development – as it is critical to solving our problems, in our way and at costs that we can afford.