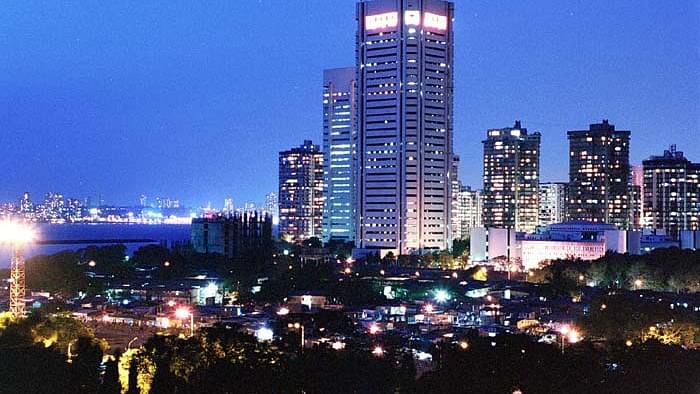 Urban population in India is currently around 35% of the total population. It contributes more than 60% of India’s GDP. Its contribution will increase to nearly 75% in the next 15 years. The definition of a smart city has been much discussed in India for many years, but Prime Minister Narendra Modi described it as “comparable to a developed European city”.

Smart is not just about technology-enabled, but also about power, water, transportation, solid waste management and sewerage. While the smart city is an area of opportunity for infrastructure companies and developers, it’s a long-term project that will need no less than 20 years. Many countries have shown interest in developing Indian Smart cities.

Typically, government has been the sole financier of infrastructure projects and has been responsible for implementation, operations and maintenance of these projects as they require large scale investment, long gestation period and high initial capital.

However, the government solely will not be able to satisfy the rising funding requirements. Thus it has taken various steps to attract private participation and other means of funding. These are Public Private Partnerships (PPP), commercial banks’ lending, take out financing, infrastructure financing institutions, infrastructure debt funds, external commercial borrowing, foreign direct investments. To stimulate public investment in infrastructure, a special purpose vehicle – India Infrastructure Finance Company Limited (IIFCL) has been set up.

Commercial bank financing supplemented with government financial back up in the form of viability gap funding, soft loans, revenue shortfall loans and funding from multilateral financial institutions, funds from Institutions such as EXIM Bank, SFC (State Finance Corporations), IDBI, IRFC (Indian Railway Finance Corporation), IIFCL provides significant liquidity to the infrastructure financing market. However, these financing options have not been able to bridge the gap. In many situations PPP infrastructure projects have not been able to come off the ground and attain financial closure because they have not been deemed bankable.

It has often been felt that robust financing is key to more robust infrastructure. Investments have been already made by big corporate houses in real estate and infrastructure projects, thus an equity portion of the fund has been utilized and most of them are blocked due to various issues like land Acquisition, environmental clearances etc. Important factors affecting project completion are time overrun and cost overrun. There is a lack of long term financing instruments.

Majority of the financial institutions are also facing the problem of Non-Performing Assets and it is acting as a constraint in attracting loan or finance.

There is a need to develop a vibrant bond market, which includes corporate and municipal bond. Municipal bonds issued by urban local bodies could be explored as an important source of financing the requirement of urban infrastructure development. The municipal bond market needs to be developed by providing a robust regulatory framework and possible, tax-free status.

The infrastructure debt fund is also an option for financing infrastructure projects. A lot of players from foreign capital markets are looking for investment options due to slowdown of other economies and these sources need to be tapped. Make in India campaign started by the Government of India could be an attractive investment option for FIIs. The maturity and the viability of projects should be taken care of while approving loan.

Infrastructure development is constrained due to lack of mobilization of financial resources for infrastructure projects. There has been a slow progress in Infrastructure investment initiatives both by the public and private sector due to no clear solution to many problems which also includes land acquisition. The private sector investment enthusiasm has been missing due to problems faced in financing and financial institutions has made lending terms and conditions tough for infra projects due to increased instances of default in recovering amounts.

There is a need to encourage private sector participation and ensure strict regulatory measures to attract private capital, which cannot be understated considering the huge pressure on capital requirement for investment projects. To motivate and attract the increased private sector participation and investment in infrastructure projects it would be beneficial if the Government funding is linked to the effort of developing projects as PPP.

Creating a smart city isn’t just about creating the physical infrastructure — roads, clean water, power, and transport. It is desired that PPP will deliver, but the mechanism appears to require a lot of plucking in order for it to work, a fact recognized in the recent Budget. The big challenge will be to create self-sustaining cities, which create jobs, use resources wisely and also train people. The idea should be to make cities work for the masses. India has to now take an important decision in the context of creating smart cities. It has to determine if it desires to opt for making new cities or upgrade existing ones.