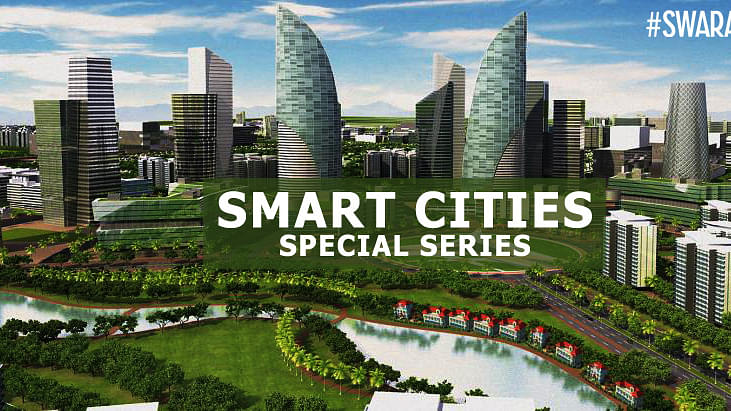 We are living in what has been termed as the “century of the city” — the century in which the world population goes past a tipping point of more people living in urban areas than in rural areas and the dynamics of cities largely shape our world.

As cities evolve to become massive megapolises, the challenges of ensuring safety for the citizens will become increasingly complex. The aspect of safety must be egalitarian in that social status should not be determinants that define the “degree” of safety proffered to citizens.

Safe cities are those that assure their citizenry a sense of security that adds up to an optimal quality of life. History is witness to the fact that cities which provided safety to their citizens have been at the forefront of economic and commercial growth and will continue to lead the charge in their aspiration to become Smart Cities.

Technology can help in providing energy-efficient street lighting, to systems that allow many different local agencies to view the same data and orchestrate the most optimal response to incidents. Cities, with rapidly expanding populations and overstretched financial resources, need to become more innovative in devising solutions to urban security.

What A Technology Solution To City Safety Requires

At the core of a technology oriented safety solution lies the capability to garner multitudes of data, process and assimilate the same, and derive meaningful insights which would enable security agencies to predict and prevent mishaps.

In order to predict correctly, the safety system must create links between data in order to generate key insights. Current technologies provide the ability to identify these correlations, which means they can predict possible outcomes before they happen. The correlations of data — and the insights derived out of them — enable government departments to make necessary changes in security policy, security procedures and personnel training.

In order to prevent mishaps, security agencies must have the ability to view data across multiple departments, and thereby chart out a coordinated plan for multiple agencies to team up for an integrated response. Having intelligence inputs of this sort could thereby prevent incidents.

Surveillance demands technology which can capture, store and analyse data to derive event information together with other intelligence inputs, and provide these views to a wide range of agencies, other government departments, emergency services, and other operations centers.

The ‘’Technology Stack’’ provides a platform that unifies the control and monitoring functions of physical security, building and traffic management, and computer aided dispatch systems to name a few.

This kind of a tiered, open and fault-tolerant architecture provides for easy repair or routine maintenance of the various system components, the enhancement and introduction of new data sources and analysis/ visualization capabilities, and updates to/future exploitation of the overall services (e.g., the addition of new system APIs for external system use)—all while maintaining ongoing operations.

All data needs to be processed by a centralised data center infrastructure with robust networking to ensure bandwidth-intensive data, such as video, is delivered to the data center efficiently. The virtualised compute and storage systems also provide for very high levels of IT asset utilization, energy efficiency, and the ability to readily scale the system for future growth.