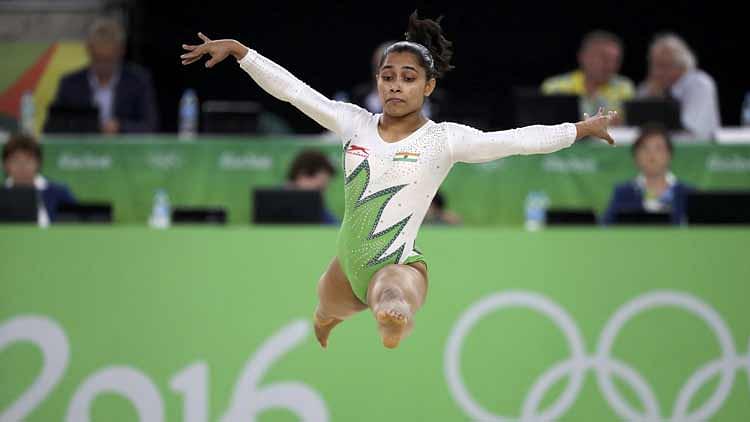 Michael Phelps, arguably the greatest swimmer in the history of the sport, shares an interesting connection with India. Phelps has won 28 Olympic medals, which is the exact number of medals that India has won since the beginning of Modern Olympics in 1900. Infact, Phelp’s record is better as he has won 23 gold medals to India’s nine. This simple bit of trivia effectively elucidates India’s performance at the Olympics. One individual (albeit one with superhuman prowess) has surpassed 116 years of sporting performance of one of the most populous countries in the world. It is plain and evident that thus far India has been a major underperformer in the Olympics arena.

So what can change this abysmal scenario? Perhaps, the more pertinent question is whether we as a society want to change it? If yes, it would require concerted action from all stakeholders to initiate a process of transformation. A process that would require a paradigm shift at the way we look at sporting excellence. It would necessitate relooking at the older methods which have not yielded the desired results.

For too long we have punched way below our weight and it is high time that this be changed for the better. Of course, executing the process of transformation would be an Olympian task given the lethargy and malaise that has been deeply ingrained into our sporting system. Yet, it is possible to enact the transformation through a combination of proper policy, intent and action.

The two most important stakeholders who will play a crucial role in undertaking this transformation will be the government and the sportspeople themselves. The government’s most important role would be to provide an enabling ecosystem for sports. So far, the sporadic instances of sporting brilliance we have seen have been in spite of the government rather than facilitated by the system.

Managing government’s byzantine bureaucracy is one of the many hurdles that sportspeople face along with lack of equipment and coaching facilities. Whatever little success India has achieved has been due to the commitment and dedication shown by its athletes and not because of the top-down support shown by the government. The most crucial paradigm shift in achieving the transformation would be altering the disabling role played by the government into a more productive and enabling role.

The appointment of Rajyavardhan Singh Rathore as the Sports Minister is a massive step in the right direction. As a former Olympic medallist, he would be well aware of the efforts which entail elite level sporting performance. With him at the helm of the ministry, India is well positioned to systematically revive India’s sporting prospects at the Olympic level.

Strategy 101 would suggest having an immediate near-term goal, which is challenging yet attainable while concurrently developing a long-term vision of where we want to be as a sporting country (had a long-term plan been developed and properly implemented in previous years, the country would not have been grappling with the chronic problem of underperformance). In this context, attaining a double-digit medal tally in 2020 Tokyo Olympics would present itself as a suitable near-term goal. Breaking into the top 10 of the medal’s tally by 2028 Los Angeles Olympics can be a heady yet achievable long term vision.

India already has an exciting talent pool in some fields like badminton, shooting, wrestling, archery, hockey, tennis and boxing. This pre-existing strength should be leveraged to the hilt by sponsoring world-class infrastructure like training facilities, equipment, coaching and support staff, fitness and mental strength training etc. Elite level performance requires more than just sheer talent. A world-class ecosystem is needed to harness the talent to its full potential.

Along with the pre-existing strength, new growth areas should be identified which can be converted into future source of strength. India has a wide availability of talent in areas like athletics, weight-lifting and table tennis. With proper focus and investment, the latent talent pool, which is lying dormant currently due to lack of adequate world-class support, can be converted into potential medal-winning prospects in the near future. Exceptional individual talents, like the gymnast Dipa Karmakar, should have all the required resources at their disposal to attain their peak performance. It is also important that the identification and grooming of future Dipa Karmakars begins in earnest to have a fighting chance of attaining the short-term goal in Tokyo.

In terms of long-term vision, it is essential to dismantle the existing bureaucratic set-up of India’s sporting bodies. Retired sportspersons and knowledgeable administrators should be appointed as chiefs of sports bodies instead of career politicians. Currently, politicians treat the bodies as their personal fiefdom and know a lot more about playing politics rather than playing any real sport.

Another important step would be to encourage sports in our schooling system and to complement this, an effective system of spotting and scouting for raw talent should be institutionalised at every performance level. One of the most important steps would be to develop great coaches for our athletes. World-class performers need world-class coaches. A case in point is the Pullela Gopichand Badminton Academy, which has already provided two Olympic medal winners.

All this while, India has not had a concrete sporting policy. It is time to move away from ad-hoc and haphazard decision-making and move towards a well-coordinated and well thought out structure for facilitating a great sporting atmosphere. Top down interventions should be complemented with bottom up efforts. If right policy is backed with right intent and execution then it can shake up even the decade’s worth of policy slumber.

Conversely, continuing with the status-quoist approach would mean getting the same results again and again. If that is the case, then we Indians can only disappointedly grimace in the next Olympics when we see India lodged between Kosovo and Burundi in the medals tally.