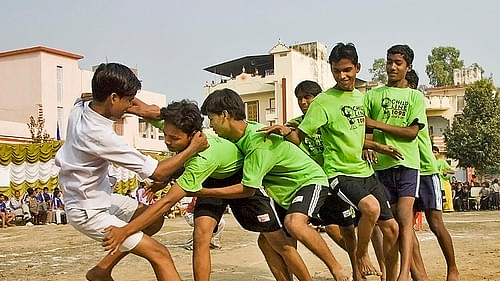 Sania Mirza may have ascended into the pantheon of sporting behemoths, but an endeavour aimed at replicating her achievements has long run aground. It has been almost six years since Mission 2018, saw its major incubator Apollo Tyres ‘backtrack’ on their pledge, of producing an Indian grand slam singles champion. The mantle of fulfilling the prophecy has been assumed by Mahesh Bhupathi, a truly onerous proposition, considering paucity of time and dwindling institutional support.

The lonely battle is reflective of our sportspersons’ seclusion, who experience either exaltation in triumph or derision in defeat. A sweeping nationalistic fervour arouses society’s endorsement of players. Regretfully its arc, doesn’t spawn a genuine appreciation for sports themselves, and the realisation that sportspersons can be bred, bolstered and beatified by our collective efforts. The obliviousness bordering on apathy, vitiates any attempt to systematically usher into a sporting revolution. The ensuing embarrassments on the global sporting arena perpetuates the vicious cycle, deluding us into believing that the outliers are an anomaly, who cannot be churned out under a well-defined sports programme.

Felicitation without Facilitation? The deplorable denouement of sports in India.

It was not until thirty seven years after independence, and the organisation of the Asian Games in 1984, that we managed to develop a comprehensive sports policy. Enshrining the twin precepts of broad basing and achieving excellence in sports, it eventually saw a revamp in 2001. The 2001 policy espoused sports tourism and liaising with corporations , for resource mobilisation.

The Ministry of Youth Affairs and Sports, came out with the National Youth Policy, in 2014, which instead of ushering into a new era, entrenched the myopia emanating from the original policy. The National Youth Policy 2014, envisaged sports, as an essential tool for inculcation of healthy practices among the youth. Generic platitudes were listed within borrowed imperatives of broad-basing and achieving excellence in sports. It failed to acknowledge and subsequently assess the paralysing pressures, plaguing the ecosystem, some of which have been delineated below.

Persistent Problems. Prayers for a Panacea?

Development of sports is enlisted as a state subject, in the Indian constitution. Yet, for a majority of schemes the centre has to take care of the infrastructure costs, bearing in mind the shortage of funds parked with the state governments. This has led to a clamour for shifting sports to the concurrent list for greater collaboration between the union and state governments, for streamlining the implementation of objectives. Conjointly the clubbing of sports with theatre and dramatic performances; cinemas, entertainment and amusements, under Entry 33 in the State List of the Seventh Schedule to the Constitution has evoked strong resentment amongst concerned citizens, who view sports from a more pristine and constructive prism.

The Pyramidal Premise: Prognostication from the Status Quo

Sustained excellence in the field can be manifested by constructing a pyramidal premise comprising of three parts. A broad and deep talent- pool at the base, a rigorous selection procedure for upward mobility in the middle, tapering into a narrow top, home to exceptional standards of coaching and training facilities.

The Sports Authority of India (SAI) taking cues from the 2007 draft policy, has instituted some promising schemes : The National Sports Talent Contest Scheme for scouting promising practitioners aged between 8 to 14, covering 26 disciplines; A subsidiary IGMA i.e. Indigenous Games and Martial Arts scheme aimed at promoting indigenous sports with Akharas in its ambit,etc.

Other initiatives include establishment of SAI sports and extension centres for adolescents covering 26 disciplines and 15 Centres of Excellence(COE) imparting training to potential medallists, aged 12 to 25, in 18 disciplines. Although well envisioned, it is in their execution, that we encounter major impediments, gnawing at our desired progress. The non-residential athletes are paid a measly sum of rupees 12,000 per annum, which includes a pittance of rupees 150 for insurance. This when 1065 Utilisation Certificates involving the total grant of 38401.45 lakhs are pending, as per the information provided by the Pay & Accounts Office (Sports), for the financial year 2014-15. Moreover, the recent upsurge in suicide attempts, within the SAI hostels points to an inhibiting environment, worsened due to the lack of professional counsellors.

As per the Eighth All India School Survey around seven lakh seventeen thousand schools house usable playgrounds, which is roughly fifty-five percent of the total schools in the nation. One hundred thirteen crores, eighty five lakhs have been spent for infrastructural development in the last two financial years, including the ongoing one, under the flagship scheme Panchayat Yuva Krida Aur Khel Abhiyan(PYYKA). Yet fourteen states received zero funds, during that period. In response to a parliamentary question in the Rajya Sabha, the honourable minister of Youth Affairs and Sports, lamented the appalling state of financial influx for schemes convergent with RGKA(Rajiv Gandhi Khel Abhiyan), halting infrastructural development.

Ameliorating initiatives like allocation of land for primary and secondary schools, by the respective state government for creation of recreational zones which will be accessible to the public during off-days is needed. This will require greater interfacing between the Urban and Youth affairs and Sports Ministry. Utilisation of CSR funds for establishing the requisite support systems, is a viable option, especially in rural schools which contain over eighty percent of the usable playgrounds. This can also provide a much needed impetus to indigenous games, ensuring their formalised proliferation across India.

From Idolatry to Inclusion

While the government ponders on the establishment of an “Expert Group on Curriculum Framework Development”, for promoting the nascent proclivity towards physical education amongst our pupils, a plethora of senescent sporting icons live in penury. What is more alarming is the absence of a government database of players who have either won medals or represented India at international events. The onus of notifying the ministry of these sportsmen, rests with the concerned national authorities: Olympic association and SAI but is ultimately a futile exercise due to the absence of a consolidated database. This has resulted in a disorganised disbursal of funds to the tune of Rupees one crore ten lakhs, seventy thousand to merely twenty seven sportspersons in the last four years. Besides, a perfunctory “National Welfare Fund for Sportspersons” providing a lump sum ex-gratia financial assistance to sportsmen earning less than Rs. 2.00 lakhs per annum, or to their family for medical treatment, has been constituted.


An important facet of raising the stature of sports, pertains to their proper categorisation for determining the funds parked with the various national sports federations. At present different discipline of sports are designated as general, others or priority. A recent directive says that a general classification will be predicated on the individual and collective performances at international events. Focussing on one particular sport through four-year long development cycles, as advocated under the 2001 policy may be a viable alternative, financially. The euphoria surrounding the unfurling of multiple sports league in India needs to be encouraged, while ensuring that promoters are ably aided, but prohibited from abdicating their responsibilities.

It is sincerely hoped that a systemic overhaul of our sporting paradigm, would entail a welcome dilemma for the jury selecting candidates for conferment of awards.