The Ancient Olympic Games And The Myths Surrounding Its Origin 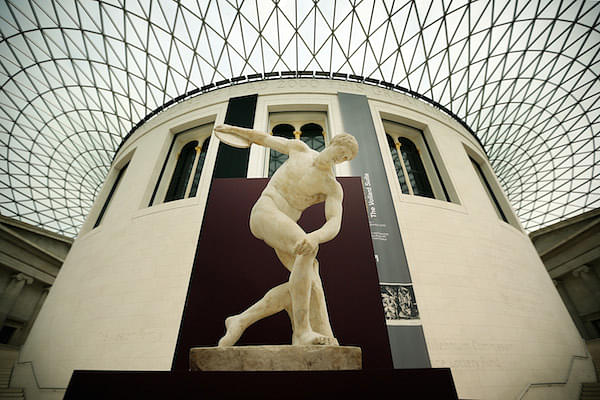 The Games of the XXXI (31st) Olympiad start on 5 August, at Rio de Janeiro‎ in Brazil. The Games have come a long way since their resurrection in 1896. However, what has not changed from some 2500 years ago— when the Olympics were first held in the kingdom of Elis, in Greece, at a site called Olympia— is the aura surrounding the games.

Like most momentous events that become part of humanity’s narrative, the Games, too, have a fair bit of myth and “divine” intervention surrounding its birth. Facts and fiction blur, leaving behind tales which are almost as spectacular and engaging as the Games themselves.

There are many legends and myths about how the Games came into being. While it might seem that most stories are works of fiction, it is important to remember how humans have always had a flair for exaggerating the extraordinary achievements of men (and some women) and have, in most cases, posthumously elevated them to the status of demigods. Thus, the myths and legends associated with the origins of the Games should be viewed through a lens.

The most popular myth, surrounding the origin of the Games, is that of Pelops, the eventual founder of the games. Pelops was a local hero of Olympia and an extremely handsome man. This story begins with Oinomaos, the king of Pisa (a district close to Elis), who had a beautiful daughter named Hippodameia. According to a prophecy, Oinomaos would be killed by his daughter’s husband. Thus, to prevent that from happening, the king decided that any man who wanted to marry his daughter was required to drive away with her in his chariot, and Oinomaos would follow in another chariot and spear the suitor if he caught up with them.

The king was certain his plan was foolproof as his chariot was drawn by supernaturally fast horses, presented by Poseidon, the God of the Sea. However, as soon as the king’s daughter saw Pelops, she fell in love with him and bribed her father’s charioteer to replace the bronze axle pins of the king’s chariot with wax ones. As she had planned, the wax melted during the pursuit and the king fell from his chariot and was killed. Pelops married Hippodamia but, after this victory, Pelops wanted to be purified from the guilt of having killed his father-in-law. He organised chariot races to thank the Gods, as well as to honour King Oinomaos. These became the first ever Olympic games.

However, the lesser known but more interesting story about the birth of the Games involves Heracles, the son of the God of Thunder and Lightning, Zeus. Being the son of a God, Heracles had super human strength but with that, he also had flashes of raging temper. One of the earliest incidents occurred when Heracles was in the midst of a music lesson. Heracles’ music teacher, Linus, told him that he wasn’t playing the lyre very well. Heracles flew into a fit of rage, swung his lyre and killed his teacher with one blow. Over the years, due to his temper, Heracles killed various creatures, but the Gods finally stepped in when in a fit of rage, Heracles killed one of his own children.

As punishment, Heracles was told to serve the king of Mycenae, Eurystheus, for 12 years. During these 12 years, he was given 12 extremely difficult tasks to carry out, which later became known as “The Twelve Labours of Heracles.” These tasks were as follows:

1. Slay the Nemean Lion (A lion monster that could not be killed by mortal weapons)

3. Capture the Ceryneian Hind (An enormous deer which could outrun an arrow)

5. Clean the Augean stables in a single day

6. Slay the Stymphalian Birds (Man-eating birds with beaks of bronze with sharp metallic feathers they could launch at their victims)

8. Steal the Mares of Diomedes (They were four man-eating horses)

9. Obtain the girdle of Hippolyta, Queen of the Amazons (A magical girdle she was given by her father Ares, the God of War)

10. Obtain the cattle of the monster Geryon (A fearsome giant)

12. Capture and bring back Cerberus (A three-headed hound that was the Guardian of the Gates of the Underworld).

According to the Odes of the poet Pindar, it was after performing the fifth task of labour (to clean the stables of King Augeas) that Heracles set up the Olympic Games. This fifth task was meant to be both humiliating and impossible. King Augeas’ stable had over 3000 oxen whose dung had not been cleaned for over 30 years. Heracles achieved this impossible task through another equally impossible feat— he diverted the flow of the river Alpheios (which ran along the southern side of Olympia) and cleansed the land.

In celebration of successfully completing this task, Hercules made a clearing in the grove, fixed the distance of the original race (and, ultimately, the stadium) by placing one foot in front of the other six hundred times, and instituted a competition so that all men could come and display how strong and quick they were. He called this competition the Olympic Games and dedicated them to his father, Zeus. Legend also has it that he planted the sacred olive tree that was later the source of crowns for the Olympic victors.

These ancient games, unlike their modern version, were more like religious festivals than sporting events. While there were running, wrestling and throwing events, the games were dominated by the praying and sacrificing that was done to honour Zeus. This fact eventually led to their demise. In 391 AD, Emperor Theodosius abolished the games as he was a devout Christian and objected to the games which honoured a pagan God, Zeus.

Centuries later, in 1896, Baron Pierre de Coubertin visited the ancient ruins of Olympia and decided to resurrect the games to build character physical, strength and courage amongst the youth. Thus, the world was reintroduced to the Olympic Games.