World Cup 2019: How Rain-Abandoned Matches May Have Played A Spoilsport In The Semi-Finals Race 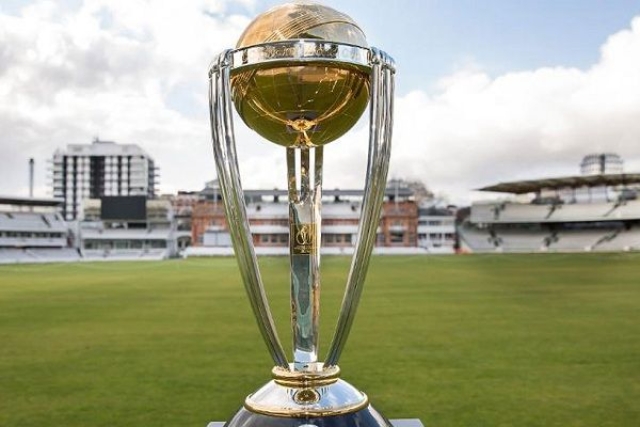 After more than five weeks and 45 games, four of which were washed out due to rain, the cricket World Cup of 2019 is in its final week. India, Australia, England and New Zealand are all set to fight for the biggest trophy in One-Day International (ODI) cricket with the semi-finals starting later today (9 July).

Before going on to thank sponsors and organisers, the International Cricket Council (ICC) must thank the weather gods in England and Wales, for the tournament did not have any more washouts after the 18th game between India and New Zealand. While some games witnessed disruptions due to rain, the tournament, overall saw no games hampered by rain.

The 2019 World Cup, unlike any of the World Cup tournaments from 1996 to 2015, had the round-robin format. This was the first 50-over World Cup tournament without all the Test-playing nations participating as Ireland and Zimbabwe found themselves excluded. Also, there were no associate nations taking part this time.

The fixtures under this format followed the pattern used in the Indian Premier League (IPL), with the only difference being that each team played the other team once instead of twice (as in the IPL).

As the audiences have been accustomed to seeing in the IPL for a decade now, the round-robin format amounts to unexpected team performances, individual highs and lows, and most importantly, a points table where the difference between teams is sometimes of mere decimals.

Apart from these unprecedented upsets, there were a few games that could have gone either way. Afghanistan was very close to defeating both India and Pakistan. West Indies lost to New Zealand by a mere foot-and-a-half as Carlos Brathwaite was caught on the boundary by Trent Boult.

Pakistan and West Indies had a shot on defeating Australia in the early days of the tournament while Bangladesh and South Africa almost had the better of New Zealand.

The ‘what-if(s)’ is a subject of an inquisitive debate when it comes to the round-robin format. Given the length of this tournament where each team played nine games across five weeks, it is not uncommon for analysts and fans to deliberate what could have happened if a game could have gone either way.

The length of the tournament often results in some teams peaking early on only to witness a sharp decline in performance later on, as with New Zealand this year, or have a bad start and then cruise to glory, as Pakistan almost did, or as Mumbai Indians is best known for in the IPL.

Four washed out games out of 45 may appear to be a trivial problem at first. However, in the context of the tournament, this amounts to 9 per cent of the games being washed out. In the scheme of things this year, this was quite a big deal when New Zealand and Pakistan had the same points and were only separated by the net run rate.

In the 2019 World Cup, only Afghanistan, Australia and England played their entire quota of nine matches. The other six teams lost a game each to rain, while Sri Lanka lost two.

Though the teams shared a point each (a team victorious is awarded two points), it is interesting to note if the four rain-abandoned games had any bearing on the final points tally, or what could have been the tally had there been no washouts.

Firstly, Australia. The team ended with 14 points, with seven wins and two losses. Given none of their games were washed out due to rain, they had the luxury of being the masters of their own destiny. England had a rough league stage, especially after their loss to Sri Lanka. However, with no washout, and 12 points from six wins and three losses, they made it to the semi-finals with Australia.

Afghanistan, on the other hand, would have wished for a washout, for that would have enabled them to have at least one point, given they ended up on zero with no wins.

India would have been unhappy with the weather gods for the washed out encounter against New Zealand had South Africa not defeated Australia, thus putting them on the top of the table. Had the game gone through and India had lost, it wouldn’t have made any significant difference to their prospects of playing the semi-final, given India had already bagged four points before the game, winning against Australia and South Africa.

Now, coming to the other teams with one washed-out game in the league stage.

One, South Africa. Though they had a forgettable tournament, it can be assumed that the extra point against West Indies (assuming it had come) would have created some hope within the camp after three defeats on the trot. However, even with that extra point, they would have been a long shot away from a spot in the semis, a shot that would require the best of fluke and fate.

Two, Bangladesh, a team that had a decent shot to the semi-finals before England managed a win against India. Bangladesh had a washed out game against Sri Lanka, a game they would have backed themselves to win.

This would have given them the much-needed hope after the drubbing they received against England and would have added to their spirits in the later half of the tournament given how the loss of England to Sri Lanka opened up the fourth spot.

However, one cannot be sure if they would have made any good of it, given how they performed in the later half. An extra point could have given them some more reason to fight for, especially in the game against Pakistan, but because of their uninspiring performance, they would have been at the mercy of other teams’ performance to get through.

With that extra point from the washout, they had a shot to the semi-finals, but that would have been a gamble of very long odds.

Three, the West Indies. Until 2019, West Indies have made it to the semi-finals only four times and going on to win the trophy on two occasions, in 1975 and 1979. 1996 was their last appearance in the semi-finals. Thus, one may argue that a washout would not have impacted their fortunes, given they registered only five points with two wins and six losses. However, that argument can be put to debate.

They won their first game against Pakistan in a manner that continues to haunt the latter even today, for the net run rate proved to be critical in the final tally for Pakistan. They gave Australia a good fight before going down and had South Africa at 29/2 before the rain took over.

Had that game gone through, based on the form of the teams then, West Indies could have been on four points of their three games, thus garnering momentum in the early stages.

Given their close finish against Sri Lanka and New Zealand (in what would have been the greatest chase in the history of ODI cricket), West Indies would have had some shot, even though a relatively long one with that extra one point to a place in the semi-finals.

Four, New Zealand. Before their washed out game against India, the team had already bagged three wins in three games. However, given how they lost to England and Australia, one may wonder if a defeat at the hands of India, a stronger team than the ones New Zealand won against early on, in the early stages could have dented their semi-final prospects.

Also, a close shave against West Indies and South Africa, two games that could have gone either way, could have further added to their woes.

Though they finished with five wins and three losses and 11 points, it is safe to assume that had they lost their game against India, they could have been on their way home. As of today, New Zealand would be glad about that extra point. Assuming they had won against India, they would have coughed their way to the semi-finals like England.

Five, Sri Lanka, the only team with two washouts but the ones who deserve credit for opening up the Pandora’s box of permutations and combinations for the fourth spot. While they put on a miserable performance in their first two games, winning only against a weak Afghanistan team, their consecutive washouts against Pakistan and Bangladesh, within the first two weeks of the tournament, are two big ‘what if(s)’.

Given how unpredictable Pakistan can be, Sri Lanka would have backed themselves to gain two points and had Sri Lanka continued their winning streak against Bangladesh, the semi-finals could have had two teams from the sub-continent.

Sri Lanka, however, apart from their game against England and West Indies, had a forgettable tournament, and therefore, the two washouts wouldn’t hurt them as much. For all we know, they could have lost both their games giving Pakistan a win and a foot in the door to the semi-finals.

Lastly, Pakistan, a team that was wronged by the weather and by the intricacies of the net run rate. The nation has a history of impeccable performances in England, for this is where they won their maiden T20 World Cup in 2009, the ICC Champions Trophy in 2017, and played Australia in the 1999 World Cup final.

Pakistan, finishing with 11 points and five wins and three losses, were tied with New Zealand in the final tally.

However, owing to their poor performance against West Indies and India early in the tournament, they were at the mercy of India, New Zealand and Australia, for if either of these two teams had defeated England, they would have been through.

For Pakistan, their washout against Sri Lanka will hurt. Not only it denied them an extra point but also left the fans without a thrilling encounter. At this point, many in Pakistan would be pondering over the fate of their team had Pakistan played Sri Lanka and New Zealand played India.

The four abandoned games may not have made any difference to the final four, and yes, there are strong chances that we could have had a different team taking on India today in the semi-finals (assuming India finished on the top of the table).

Clearly, the absence of any washout would have intensified the competition between New Zealand, Pakistan, Sri Lanka, and either of Bangladesh or West Indies for the fourth spot.

Ideal for a World Cup, the round-robin format is instrumental in bringing out the best of players and their teams and must be the go-to format for future tournaments. However, the ICC must do better when it comes to scheduling the games.

If four washouts can amount to such permutations for a spot in the semi-finals for four teams, it is important that each team gets to play all their share of games. A single point is no assurance of fairness, for it may bring joy to one team, in this case, New Zealand, and misery to others, in this case Pakistan and, perhaps, Sri Lanka.

Brushing the ‘what if(s)’ aside, the tournament is now in its final three games, as India takes on New Zealand in the first semi-final. In the end, it’s all about cricket being the winner, but the joy of this victory must not be subject to the permutations that the weather gods bring along.