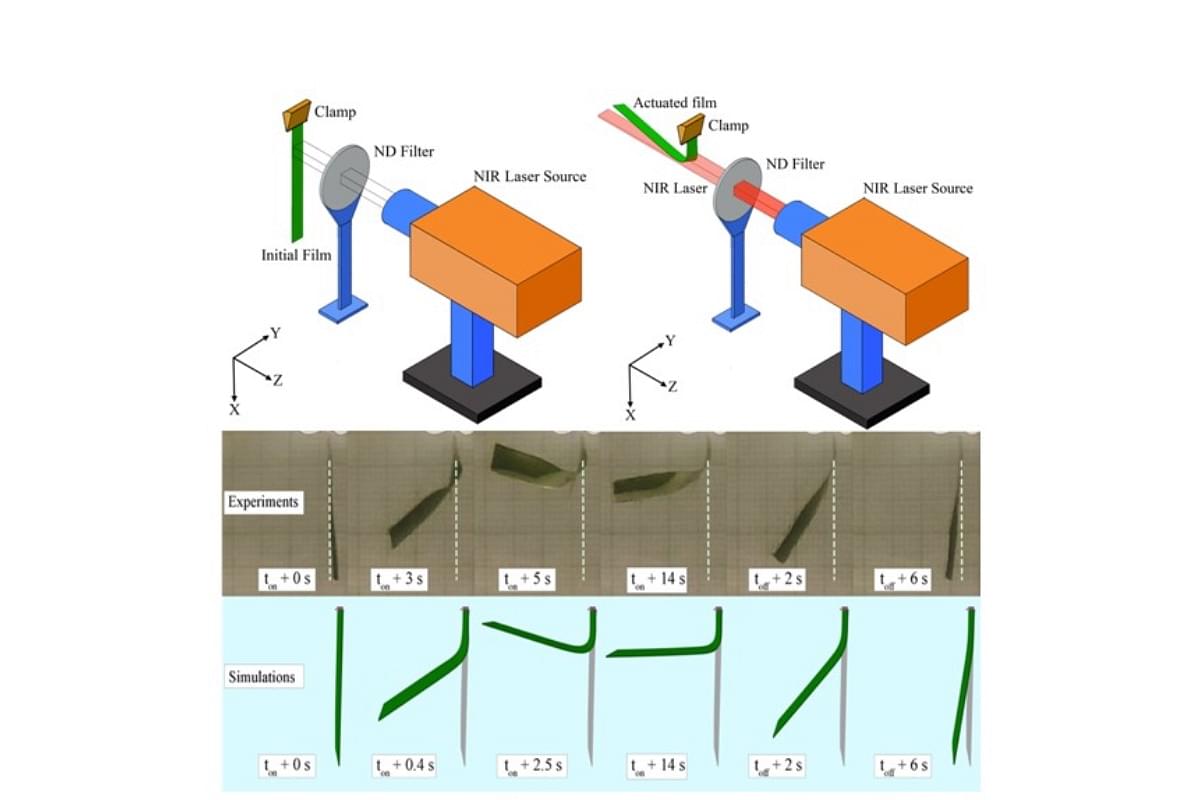 Indian scientists have developed a smart material which responds to light stimulus easily by converting light into thermal energy. This can be helpful for harnessing solar energy for applications in soft robotics and micro-electromechanical systems (MEMS) devices.

Many smart materials have successfully replicated stimuli-responsive behavior seen in abundance in nature like in Venus flytrap, pine cone, leaf of Mimosa pudica ('touch me not' plant), or a sunflower always trying to face the Sun. Venus flytrap closes its ciliated leaves when prey is in the vicinity.

Liquid crystal polymer networks (LCNs) is one of such smart material. On application of heat, a uniformly aligned LCN film undergoes a reversible 2- or 3-dimensional shape change caused by the LC- liquid phase transition. By manipulating the average orientation of the rod-shaped LC molecules, various shape deformations like bending, curling, and even the formation of spiral ribbons have been attained in the past, the Ministry of Science and Technology said in a release on Wednesday (25 May).

As a solution to this problem, in a collaborative study, researchers at the Centre for Nano and Soft Matter Sciences (CeNS), Bengaluru, an autonomous institute of the Department of Science and Technology (DST), and the Department of Mechanical Engineering, IIT Madras, have fabricated spatially splay-deformed (spread out) LCN films, by crosslinking a mixture of mono-functional and bi-functional liquid crystal mesogens (a chemical compound), the ministry said.

The two types of liquid crystal mesogens comprise one and two molecular units to absorb light, respectively, and incorporate near-infra-red (NIR)-active dye into the system. The NIR laser beam impinging on the film causes a significant rise in the local temperature, and the ensuing order-disorder transition leads to a change in the macroscopic shape or, in other words, thermo-mechanical actuation. The research has been published in the journal Soft Matter.

A further extension of the work demonstrated that the films also perform exceptionally well under solar stimulation, suggesting that they could be employed to harness solar energy for applications in soft robotics and MEMS devices, the ministry said.