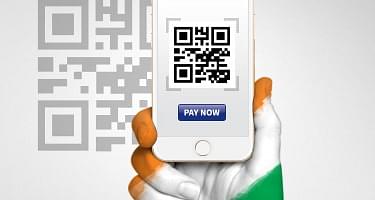 Why the need for another app?

The app is aimed at easing payment transactions for consumers as well as the merchants. If a customer has the app and wants to make a payment to a merchant who doesn’t have a card swiping machine, one can just scan the merchant’s QR code and transfer the money directly from the bank account.

Though the private payment firms like Paytm already offer the facility of money transfer, it requires both parties to have a Paytm account. BharatQR overcomes this shortcoming by allowing people to make payments without having to choose one payment network over another. This will, however, need a large number of bank apps to support such payments.

How the app will work?

BharatQR is a common QR code that has been jointly developed by all the four major card payment companies — National Payments Corporation of India that runs RuPay cards, MasterCard, Visa and American Express—under instructions from the Reserve Bank of India (RBI).

The user interface of this app is simple. All that is required by the user, is link the card or bank account with the mobile app as a one-time activity. Hereafter, payments can be made scanning the 'Bharat QR' code, using the mobile app. The billed amount gets transferred from the user’s account to the merchant’s account.

What is unique to this app?

The QR code based app has an advantage of being infrastructure-light. The merchant doesn’t require equipment to accept digital payments, which reduces costs. The new standard QR code would enable easier movement of money between all three systems, and there will be no restriction on usage of card from any particular provider.

The merchants will be identified by one QR code, whether the payment is through MasterCard, Visa or RuPay. This will result in convenience for the merchant and consumer. BharatQR will also facilitate acceptance using Aadhaar-enabled payments and Unified Payments Interface(UPI).

As of now, the app will not work across UPI and wallets, however plans are underway to incorporate this feature too.

Well, both the apps were launched at the behest of the government. However, they are different with regards to its usage and interface. Bharat Interface for Money (BHIM) isn’t an e-wallet. It is an easier access bank account to make payments, transfer and receive money. On the other hand, BharatQR gives easy access to the MasterCard, Visa or any debit card to make payments, using a common QR code.

Sanjana is a staff writer at Swarajya.