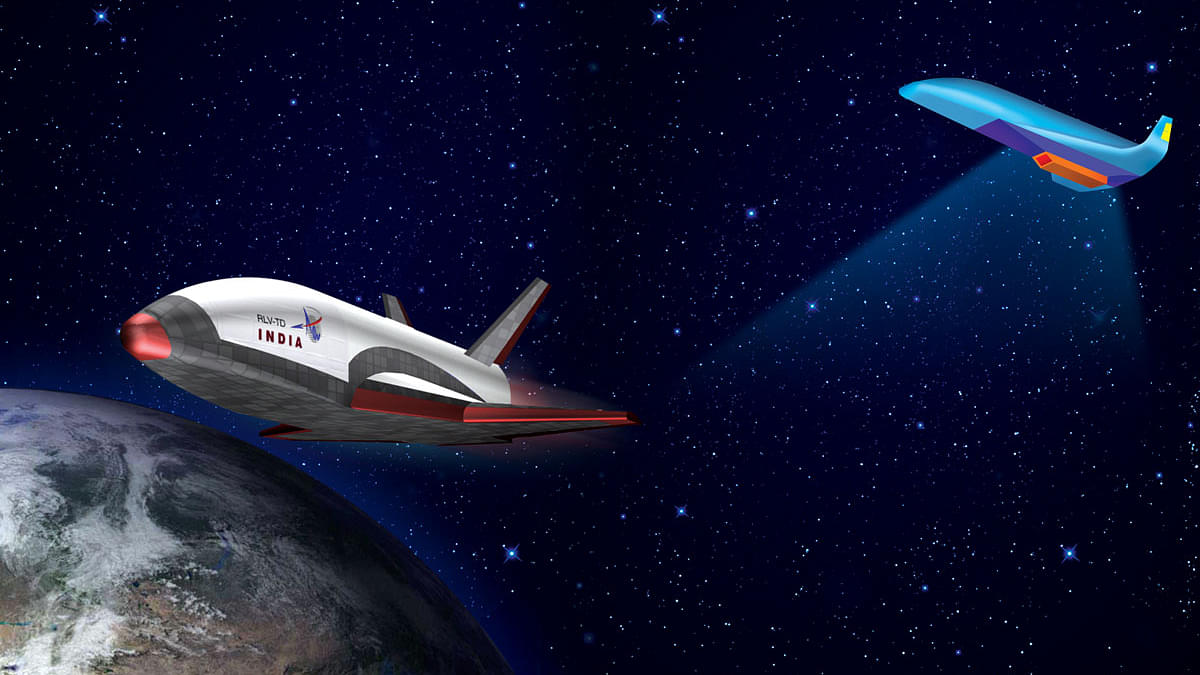 As the name suggests, it’s a first in many of the tests that will have to be conducted before the real reusable vehicle can be developed. The RLV-TD is just a scaled down version, one-fifth of the size of the yet to-be developed real vehicle.

What is so special about a ‘reusable’ launch vehicle?

The short answer is economics. Launching a satellite or any other object (could even be a human) is expensive business. For each launch a new rocket is produced which once launched is simply discarded (i.e falls into) the oceans or is left floating around in space. Reusable launch vehicles will make allow for the same rocket or ‘vehicle’ to be used again and again - thus cutting costs.

Scientists claim that if this experiment succeeds, the costs will come down by 10 times, from current $5,000/kg to $500/kg payload.

The nine tonne solid booster HS9 launched the 6.5 m long and 1.75 tonne RLV-TD and delivered it up to 50 km. After this the booster separated and fell to the earth.

The launch vehicle continued its flight up to 70 km into space. At this point the vehicle attempted re-entry into earth’s atmosphere at hypersonic speeds - hence its name hypersonic experiment (HEX01).

The RLV’s reentry was successful - the vehicle eventually fell into the Bay of Bengal. This experiment allowed ISRO to validate the design of the RLV - especially in hypersonic re-entry conditions.

This is all that ISRO wanted to check today. K Sivan, talking to Mint, said “We are not even looking at landing. This is more of an experiment to see whether we are able to achieve certain conditions on flight. We need a vehicle that can come from a speed of Mach 25 to Mach Zero, has material that can survive very high temperatures and also test our own mission management software.”

How Many More Tests Will Be Conducted?

There will be more tests to validate autonomous landing, powered cruise flight and hyper-sonic flight using air-breathing propulsion in due course.

When Will It Be Complete?

Today’s launch was supposed to take place in 2009, seven years ago. The program is way behind schedule. This is mainly due to ISRO giving more priority to its commercial projects ahead of RLV. Some delay was also caused due to a leak found last year before the final testing.

The full development of the vehicle will take another 10-15 years. Today’s launch was just a baby step in that direction.