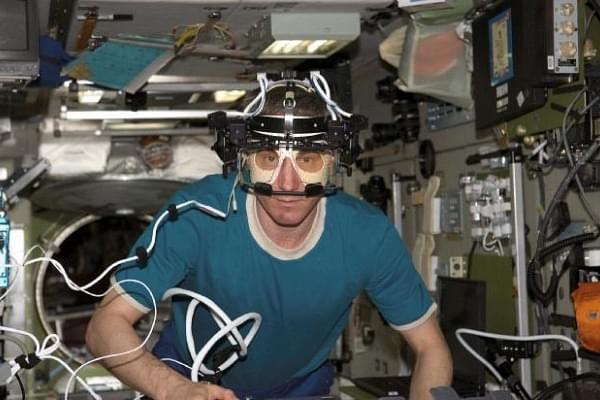 Prime Minister Narendra Modi’s announcement of an Indian human spaceflight mission, to be executed by 2022, has set off a debate over the viability, pros, and cons of such an endeavour. (Read: How Close Is India To Developing Human Spaceflight Capability?). While the space mission will require considerable financial investment and will involve considerable risks, the technological benefits of an indigenous piloted mission will outweigh the costs in the long run. The experience of other countries which have invested in such space missions has shown that these result in the development of technologies that help improve the quality of human life.

Here, we visit examples of technological spin-offs of human spaceflight missions that are helping humanity.

We can see clearly even when our heads are shaking or tilted because our sensory system can make the necessary adjustments. But they are slightly disoriented in the low-gravity conditions of the International Space Station. An eye-tracking device experiment researched ways involved in the process, and how the frames of reference are altered in space. The experiment showed that our balance and control of eye movements are affected by weightlessness. The experiment used a specially designed headset fitted with high performance and image-processing chips able to track eyes without interfering with the astronaut's work. Laser surgery has a similar requirement as the eye position has to be tracked without interfering with the surgeon’s work.

The eye-tracking device is being used today in corrective laser surgeries around the world.

The formula fed to babies contains an algae-based additive called formulaid, which is a product of research, sponsored by the National Aeronautics and Space Administration (NASA), that explored the potential of algae as a recycling agent for long-distance space travel. Nutrients in formulaid are beneficial to the visual and mental development of infants. Technicians and founders of Martek Biosciences Corporation, in Maryland, which developed microalgae-based products acquired their skills and expertise while working for NASA.

The challenge of recycling and reusing water in the International Space Station has given rise to several filtration technologies that are helping provide access to safe drinking water in several underdeveloped countries. The Environmental Control and Life Support System, or ECLSS, project at NASA's Marshall Space Flight Center developed a water purification system that recycles air and water aboard the International Space Station. Technology derived from the water recovery system (WRS), a part of ECLSS, was commercialised by companies in the United States. The microbial check valve (MCV), an integral component of the purification and filtration process used for devices in remote areas, is derived from WRS. The MCV is an iodinated-resin that can control microbial growth in water without the use of power. Iodine consumed by children and adults while drinking the purified water meets their vital nutritional requirements as well.

The technology has been used in water purifiers in remote areas of India and Central and South America, and in first-response devices of natural disasters, refugee camps, and other emergencies.

Freeze-dried food had originally solved the food requirements of astronauts who were on board the long-duration Apollo missions. Freeze-dry food technology preserves the nutrition of foods, reduces weight, and increases the shelf life of the food. Meals are reconstituted for consumption by adding hot or cold water depending on the food and are ready to eat within 10 minutes.

Oregon Freeze Dry Foods, a pioneer in freeze-drying technology, was a NASA partner in preparations for a human spaceflight. It went on to develop the Easy Meal, a product aimed at providing nutritious hot food for the elderly. The product was an offshoot of a demonstration project in collaboration with Johnson Space Center. Thus, today’s ready-to-eat products had their origin in human spaceflight research.

The development of fire-resistant space suits has led to an improvement in the protective gear used by firefighters and soldiers. NASA teamed up with Celanese Corporation to develop a line of Polybenzimidazole textiles for use in space suits after the death of three Apollo mission astronauts in January 1967. The product, initially developed for defence applications, was improved upon by NASA for space suits.

After 1978, the material is being used in protective gear for firefighters. It’s also finding use in several applications that require heat-resistant properties.

The Indian human spaceflight mission can similarly lead to technical innovations that will eventually spur economic opportunities. The cost constraints on the Indian space mission will also lead to innovations which could help Indian industry in the long run. The recent decision of the Indian Space Research Organisation to share lithium-battery technology with Indian industry is one good example. Young Indian scientists will also find opportunities to hone their skills while solving complex problems with limited resources.

The Prime Minister’s call for a human space mission, therefore, is welcome – it offers a great opportunity for India to develop indigenous technologies.