How Close Is India To Developing Human Spaceflight Capability? 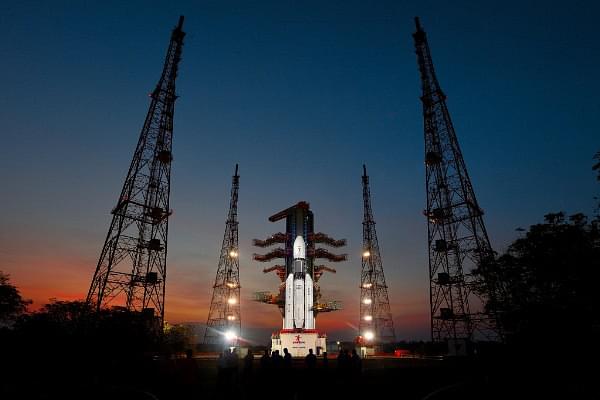 Addressing the nation on Independence Day from the ramparts of the Red Fort, Prime Minister Narendra Modi announced that India will launch a crewed space mission by 2022 to mark 75 years of independence.

The announcement did not come as a surprise to many, given that the Indian Space Research Organisation (ISRO) has been working on the various parts of the human spaceflight puzzle for the past few years.

Surprisingly, though (or maybe not), something as technical as a spaceflight triggered a controversy on Twitter, where some claimed that the mission was earlier scheduled for launch around 2020, hinting that the Modi government had ‘in fact’ slowed the programme down and pushed it down the line.

Let’s start by stating the facts as they are.

Therefore, if the government hadn’t approved the programme officially, how could there have been a launch date? And since there was no prescribed launch date until now, the claim cannot be made that there was a delay in this mission.

However, now that the Prime Minister has set a deadline, it is important to know how close or far India is from developing the capability which only a select few nations – the United States, Russia, and China – currently have.

ISRO’s programme, which has been on the table since 2004, involves taking three Indians into a 400 km-high low-Earth orbit (LEO) for a period of seven days in a crew module placed on a variant of the Geosynchronous Satellite Launch Vehicle (GSLV). ISRO will conduct two crewless test flights before the actual launch of the mission; the first will be conducted in two years from now.

Despite no official approvals from successive governments, ISRO had been working on the technology and the hardware it would need to accomplish this task. Over time, it has developed the crew module, escape system, flight suite, reusable launch vehicle, docking technology, and environmental control and life support system (ECLSS).

Crew Module and the Escape System

In its early years, ISRO had benefited greatly from its cooperation with the Soviet Union (now Russia), which used to be a space superpower back in the day, often leaving the United States behind in the space race during the Cold War. The impact of the close cooperation is visible even in the crewed space programme, where the organisation has selected Russia's proven Soyuz spacecraft as the model for its crew vehicle.

The crew vehicle is that part of the aircraft which provides a safe habitat for astronauts during the mission. ISRO will be redesigning the Russian aircraft to better suit India’s needs, the organisation had revealed back in 2008.

The escape system, as ISRO defines it, is an emergency measure designed to pull the crew module along with the astronauts quickly to a safe distance from the launch vehicle in the event of a launch abort. If anything goes wrong during the launch, the escape system will trigger and the crew will be pulled out.

ISRO has successfully tested the crew module and the escape system.

The ECLSS is a set of hardware which performs tasks like providing oxygen, water, and food, removing carbon dioxide, particulates, and microorganisms, and maintaining cabin pressure and temperature. These tasks are essential to help astronauts survive on board. ISRO says it has completed the development of this system.

The GSLV Mark-III, a three-stage heavy-lift launch vehicle, is capable of lifting up to 10 tonnes of payload to the LEO, enough to carry a manned module. The first developmental flight of the vehicle was conducted in June 2017. ISRO has confirmed that it will use this vehicle for the launch of the crewed space mission.

During the first experimental flight in 2014, ISRO had attached a crew module to it. The module had re-entered the atmosphere, deployed its parachutes as per the plan, and splashed down in the Bay of Bengal. The test had confirmed that the crew module developed by ISRO for the human spaceflight can withstand high temperatures and gravitational force on re-entry. The crew module will encounter temperatures around 1,000 C upon re-entering the atmosphere.

ISRO plans to conduct multiple launches of GSLV Mark-III in 2018 and 2019 – one of which will be for India’s moon mission involving a soft landing on the lunar surface. This means that the platform will have matured before the first test launch of the crewed space mission, likely to lift off in the year 2020.

A reusable vehicle is a system built to allow for recovery of all or part of the launch vehicle after lift-off. The vehicle is launched like a rocket with the help of solid boosters and returns to Earth like a glider to a defined landing spot. Although not an essential part of the piloted space mission, as ISRO can use an expendable launch vehicle, the organisation has been working on it for almost a decade and has successfully conducted the first test flight of the technology in May 2016.

So, considering that ISRO has developed the most critical of the hardware and technology that it needs for a successful crewed mission, it is likely to accomplish the task of putting an Indian into space by 2022.

However, ISRO needs to marry all the technology and hardware developed over the years to make the one system that will be launched to accomplish the mission. This will require the development and integration of sub-systems.

The organisation will also have to come up with a roadmap and stick to it. Its last-minute changes to the Chandrayaan-2 mission has led to the mission being postponed twice in one year. The Mangalyaan, or the Mars Orbiter Mission, also suffered delays. ISRO’s first challenge would be to achieve the target of launching the first test flight for the mission “in two years from now”.

In 2013, S Ramakrishnan, the then director of the Vikram Sarabhai Space Centre – a facility working on the human spaceflight mission – said that it would take India 10 years to undertake human spaceflight. If ISRO launches the mission successfully in 2022, it would finish the race ahead of time.