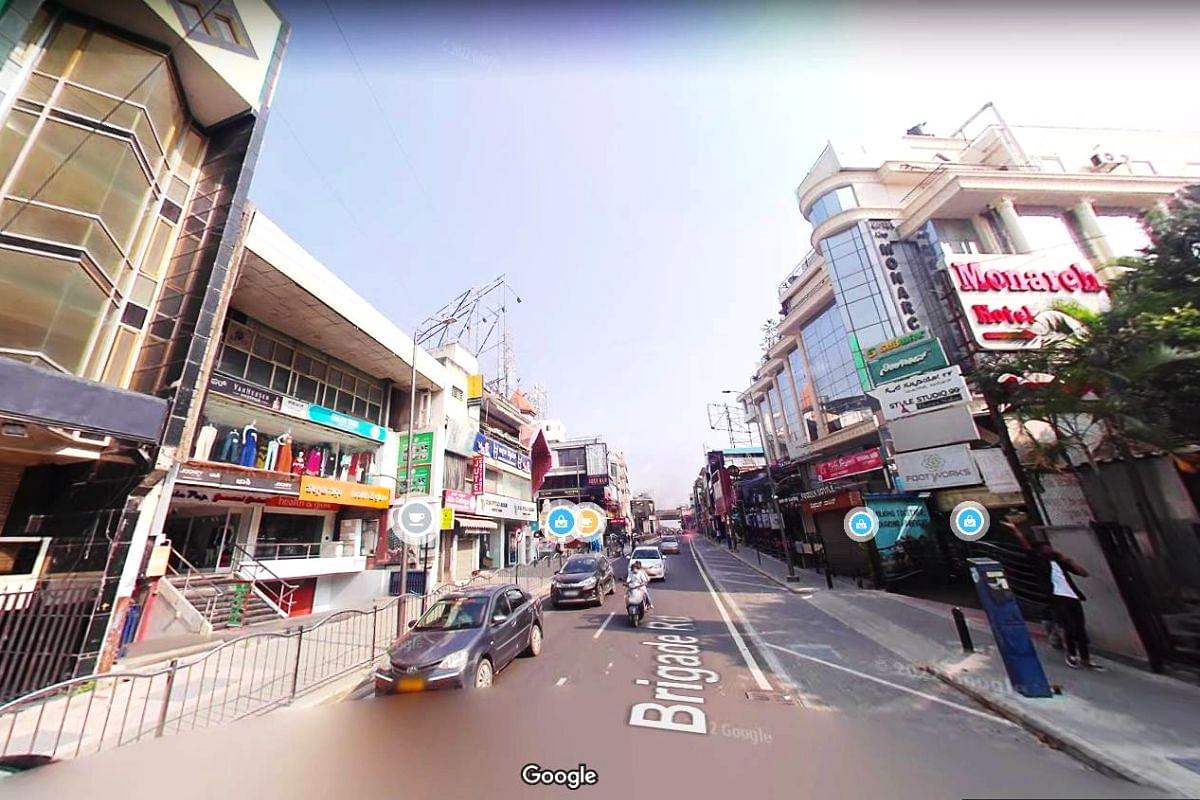 In an age of 360-degree digital cameras and augmented reality imagery on smart phones, flat maps are so passé. No one knows this better than Google, whose maps app is arguably the most widely used cartographic tool on, hand-phone, desktop – or vehicle dashboard.

Since 2007, the company has been offering a plug-in feature with Google Maps that converts flat street maps into 360-degree three-dimensional images which add greatly to the ease of navigation.

By 2011 when the company decided to enhance its India street maps with this new tool – Street View – some 27 cities world-wide already offered this feature: on Google Maps, you looked for a small icon called the PegMan and activated it to switch to a 3-D view of the street which you could swing through 360 degrees.

After a big media launch in the car park area of Google’s Bengaluru centre, in May 2011, the two platforms fitted with multiple 3-D cameras – one a car, the other a Trike or three wheeled bicycle (to navigate narrow streets) hit the city’s main roads, gathering the necessary imagery.

It went on for a day or two, then was stopped by the police, who began rather belatedly to assess the security implications. Saner elements in civil society tried to argue that the Street View cameras recorded only what anyone could see on public roads: they had no way to peep behind the high walls of any security establishment.

But the wheels of bureaucracy turned at snail’s pace 11 years ago and there was much to-and-fro messaging between city officials and central ministries like home and defence.

With no solution in sight, Google called off the India editions of Street View. If you wanted to see what a stunning improvement in navigation such views provided, one had to go to Singapore which was the last country to enable the Google apps.

Having invested in a lot of data gathering systems, Google cannily offered its services gratis to government departments like tourism and archeology as part of its cultural outreach: by 2015, some 50 Indian monuments from the Taj Mahal and Red Fort to Shaniwar Wada in Pune and Fort St George Chennai, could be viewed in walk-through 360-degree imagery. The collections of leading museums from Victoria Memorial in Kolkata to Salar Jung in Hyderabad, were also added to the list.

Private players including the entire Oberoi hotel chain, turned to Google to provide virtual walk-through experience of their properties for marketing purposes. To get a feel of 360-degree 3-D imagery, checkout the Google Street View-generated Taj Mahal walk through here.

Around 2013, one Indian company, Genesys – a mapping specialist – decided to do its own version of Street View and launched a free app called WoNoBo, offering 360-degree views of many city streets in India. It also partnered with the government tourist departments to create a walking tour platform for visitors.

By now the rationale for limiting street views of Indian metro cities had begun to wear thin – and this week Google is finally relaunching Street View in India, with one caveat: The actual collection of street-level imagery, its management and analysis before it is uploaded into Google Maps will be done by two Indian partners: Genesys and Tech Mahindra.

It was a win-win all-round: Google can finally launch Street View on the maps of one of its biggest markets. And the government has ensured that the data was essentially collected and processed by Indian entities.

Starting this week, Street View will be available on Google Maps with fresh imagery licensed from these local partners, progressively covering over 150,000 km across ten cities in India, including Bengaluru, Chennai, Delhi, Mumbai, Hyderabad, Pune, Nashik, Vadodara, Ahmednagar, and Amritsar.

The plan is to expand this to more than 50 cities by the end of 2022. Google says: “This India launch marks the first time in the world that Street View is being brought to life completely by local partners.”

Sajid Malik, Managing Director of Genesys International reminded everyone that they are old hands at this technology: "We were the first Indian firm to perform street imaging of all major cities in India. Our fleet is still swiftly photographing Indian cities, bringing to life our city's amazing tapestry of streets and landmarks.”

Even as the formal announcement of the three-way partnership came on 27 July, the yellow PegMan symbol appeared on Google Maps of 10 Indian cities listed above and a click takes you to a real life 3-D view with an arrow head that helps you navigate across 360 degrees. The 3-D imagery is not fully populated as yet, and Google seems to have put it in what archival data was available, till its new partners create new content.

On the same day that Google and its partners announced the availability of Street View for India, leading Indian geographic information services company, MapMyIndia whose map and navigation tools are used by many leading car and to-wheeler makes ( including Maruti-Suzuki cars and the new Ola Electric scooters), launched RealView, its own 360 degree panoramic street views with the promise of more: a metaverse 3-D maps service.

Metaverse is a hot new technology, which combines elements of Virtual Reality (VR), Augmented Reality (AR) to create a new virtual world on the Web. MapMyIndia has rolled out its new service on a free-to-use platform called Mappls with Android and iOS apps.

Says MapMyIndia CEO Rohan Verma: “Users can virtually explore India like never before and see and interact with full 360-degree panoramas of streets and roads looking into various tourist, residential and commercial areas of cities and travel destinations as well as highways. They can also experience immersive 3D maps for pan India and detailed interactive 3D models of tourist, commercial and residential landmarks across India.”

With Street View and RealView, India joins 80-plus other nations which have documented their streets and highways, with user-friendly 3-D mapping tools – and all the software is developed in India, by Indians.

In more ways than one, 2022 is turning out to be a year when the frenetic pace of fast interstate road network creation country-wide is matched by the availability for Indians, whether pedestrian or motorist, of cutting-edge, realistic tools that shows them where they want to go and how to get there.