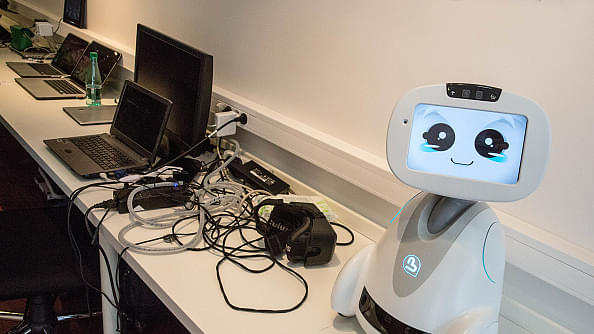 An explosion is happening in the Artificial Intelligence (AI) world ranging from self-driven (driver-less) cars to automated code that can take care of most of the work that is being done manually today.

While this explosion is leading to a multitude of possibilities, this also means that there would be a huge downsizing of companies. People at the lower rung of ladder involved in routine tasks are likely to lose their jobs.

In the past weeks we have been hearing from many tech giants about job cuts and companies like Microsoft have announced that they are going to include AI in almost all of their products going forward. Machine learning, speech recognition and computer vision are going to be part of some cutting edge products that are awaited.

In the AI world, researchers, technologists and scientists are creating systems that can rapidly learn from a small amount of sample. Though many doubt the possibility of AI systems overtaking human potential, there is no doubt that there will be a drastic shift in the way things are done. For instance, Google’s smart messaging app Allo suggests responses based on your previous messages and there are algorithms that can compose news articles.

Such technological leaps are not new. This happened in the 19th century during the industrial revolution when it led to a lot of inventions and innovations. Automated machines were created that enhanced the productivity of corporations.

Again, with the usage of computing systems in the 20th century, the dynamics changed multi-fold. Repetitive and mundane tasks were given away to robots and large code bases. Though there were misgivings about these revolutions at that point in time, we have definitely gained from them through positive adaptation.

If AI were to be a revolution, then not only technologists but policy-makers may also have to take cognisance of it.

This iot-for-all article highlights some consequences of AI. The report says that “83 per cent of jobs making less than $20 per hour are endangered by automation”. This means that there is a definite threat to low level jobs in various sectors. It also adds that “the level of education plays a huge role as 44 per cent of those with less than a high school degree hold jobs easily displaced by AI-driven automation, whereas only 1 per cent of those with a bachelor’s degree or higher hold such jobs.” This again means that people with low level of education are more at risk of being replaced by AI automation.

As Indian multi-national companies (MNCs) are rapidly integrating AI and automation, it would be important to look at the dimensions where policy inclusions or changes will be necessary. Microsoft founder Bill Gates had even suggested a ‘robot tax’. The UK government has been proactive in looking at the policy implications of AI. The report can be accessed here.

Redesigning policies to be better prepared for the AI explosion will be a multi-dimensional task involving a multitude of stakeholders right from educators to ethics experts. We look at two dimensions of the issue here:

The much talked about consequence of this AI explosion is job cuts. This Swarajya article on job cuts and decimation of jobs that people want, discusses at length some of the implications of automation on jobs.

Jobs will be impacted on two dimensions – the current job profiles will see a shift and many routine jobs will be lost to automation. Though there are many who campaign that profiles like doctors and customer-care executives should not be replaced by AI, organisations are constantly striving towards building systems that can mimic humans as closely as possible.

If we were to send away people, we will need policies in place for their smooth exit and life after their “voluntary” retirement. This could be in the form of healthcare benefits or pension schemes.

There is also a possibility of increase in contractual labour that has high-quality skills. Hence, a redesigning of contractual policies may be necessary to embrace the rise in such arrangements.

Geographic obstacles to work will have to be reduced so that people with requisite automation skills can move freely and offer their services. This will also push for a collaborative eco-systems both online and offline. For many employees, a smooth transition through re-training will be extremely beneficial.

Employee training programmes will have to step up to meet the new demands.

Reports are also predicting that startups will play a key role in exploiting AI. We will need policies that encourage more people to join the startup ecosystem in India. It is going to be exciting and challenging at the same time.

When technological advancements happen, both the market and the university are impacted. Bringing about changes in the Science, Technology, Engineering and Math (STEM) curriculum will be very important. For instance, most of computer science curriculum deals with a linear model of programming. AI requires a completely different level of expertise that includes machine learning, parallel programming, advanced human computer interaction and related skills.

The under-graduate and post-graduate engineering curriculum will have to see an overhaul. Even school curriculum will have to be changed to stay abreast with these rapid advancements. Problem-based education, experiential learning and a hands-on approach to education will be critical. Innovation should be a key aspect of education. AI has the potential to create personalised learning systems, adaptive examination systems and evaluation systems, something that is being envisioned as a part of NITI Aayog’s three-year action plan.

Education and research are closely connected. A vital part of preparing for the AI explosion is to fund more research in AI at the Indian universities. High technology AI research that has societal impact will immensely benefit India.

Changes to existing policies will be a team effort that includes technologists, think-tanks, academicians, researchers, psychologists and policy-makers. A 360-degree view of the implications will be necessary and rapid implementation will be needed as AI is already here.

As researchers are grappling with questions that AI explosion is raising, it is only getting more intriguing, exciting and opening up new vistas that humanity is yet to venture into.

It is not going to be a simple task to redesign some of the policies but nevertheless the time has come.

Smrithi Adinarayanan is the Co-Founder of Anaadi Foundation, an organization working towards spreading the essence of Indian thought and principles to young people. She was formerly a Faculty member of Computer Science and has worked extensively on Educational Technology. She can be reached at smrithi@anaadifoundation.org