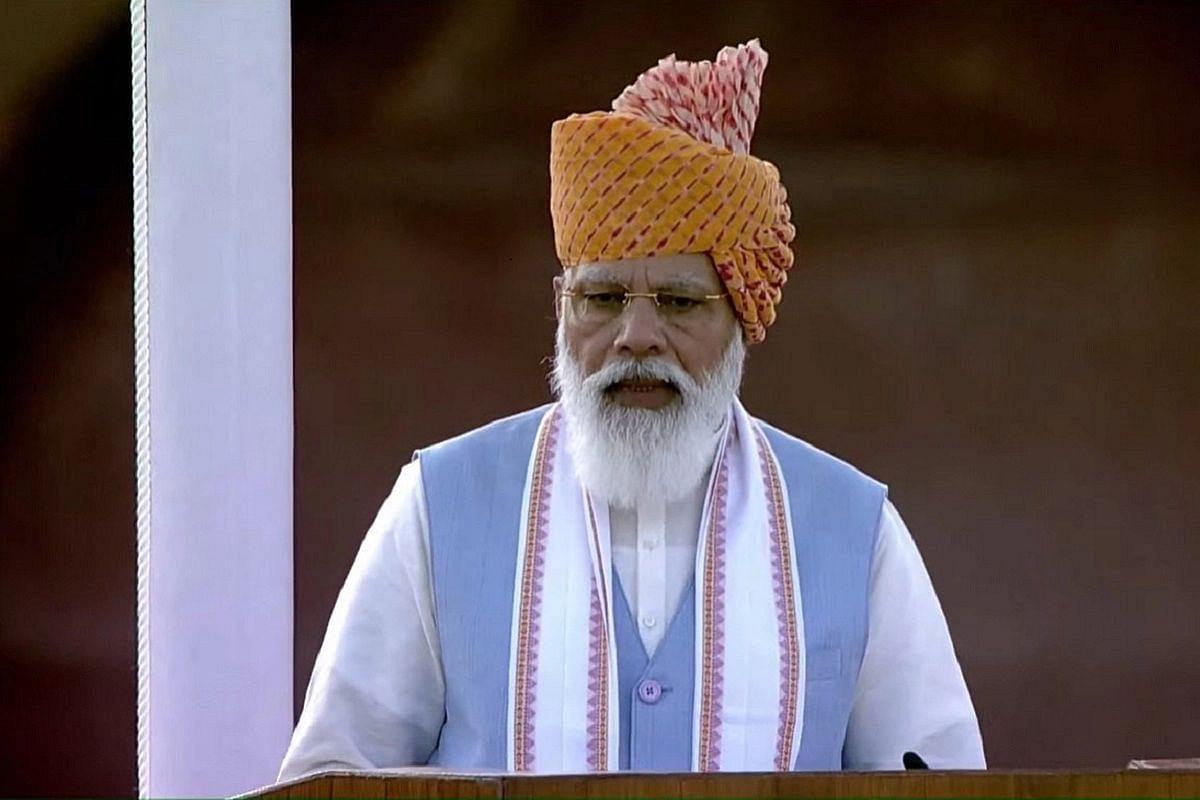 India used to buy mobile phones worth $8 billion seven years ago, but now exports such devices worth $3 billion while drastically lowering imports, Prime Minister Narendra Modi said on 15 August. While addressing the nation on Independence Day, he also noted that to support the flagship 'Make in India' programme, the government has announced a production-linked incentive (PLI) scheme.

"Electronic manufacturing sector is an example of the change that the scheme is bringing. Seven years ago we used to import mobile phones of approximately $8 billion. Now imports have reduced. Today, we are exporting mobile phones worth $3 billion," PM Modi said.

Under the PLI, the Ministry of Electronics and Information Technology has approved 16 bids from local, as well as international industries totalling Rs 148 billion in investment. PM Modi stated that while the manufacturing sector in India is advancing, it will be ideal to focus on producing high-quality items that can compete in the global marketplace.

He said: "We have to target the global market. Your (manufacturers) product is the brand ambassador of India. Till the time it is in use, its user will proudly say this product is Made in India. This temperament is required."

According to him, thousands of start-ups were formed during the global health crisis caused by the novel coronavirus, and such companies are becoming unicorns.

The Prime Minister noted that "their market value is touching thousands of crores. They are new kinds of wealth creators in the country. They are standing on their own with the power of their unique idea. They are marching forward."

Additionally, he said, "In this decade, we need to work to make the Indian start-up ecosystem the best," while adding that the government will support them "with full vigour".

Since the beginning of this year, 21 firms have already joined the unicorn club. Until July of this year, much over $20 billion has been raised, with multiple rounds expected to produce Indian unicorns in 2021. The unicorn narrative of 2021 is one of many firsts, as the ecosystem saw the first unicorns in health-tech, social commerce and e-pharmacy. Till 10 August, there are 63 Indian IT startups with a valuation of more than $1 billion.

Education technology, or edtech, was one of India's least funded sectors until 2019, but the advent of remote learning during the Covid-19 plagued 2020 has given this previously overlooked market a boost. Between January 2020 and August 2021, three Indian firms became unicorns (a company valued at above $1 billion), while one became a decacorn (a company valued above $10 billion).

In terms of the export of mobile phones, according to reports, in FY20, India exported 36 million smartphone units, up from 17 million units in FY19. In terms of value, exports increased by 91 per cent year on year in FY20, with India selling devices worth $2.98 billion (Rs 21,000 crore). It was also said that the contribution of India to the global smartphone market increased from 9 per cent in 2016 to 16 per cent in 2019.

According to reports from last year, India is anticipated to export more than $100 billion worth of mobile phones.

The tech behemoth Apple—which started manufacturing iPhone 11 series as well as the iPhone SE in India—and Samsung, which announced its participation in PLI along with the American tech giant, plans to export phones worth $50 billion each over the next five years. However, there are also five Indian phone makers or manufacturers, including Micromax, Lava, Karbonn, Optiemus and Dixon, who could help India to become a major mobile phone export hub.

Then-IT Minister Ravi Shanker Prasad said on Twitter: "2020 - iPhone 11, 2019 - iPhone 7 & XR, 2018 - iPhone 6S, 2017 - iPhone SE. This chronology is a statement in itself as to how @narendramodi govt. has developed the mobile phone manufacturing ecosystem in India. It's only a humble beginning."