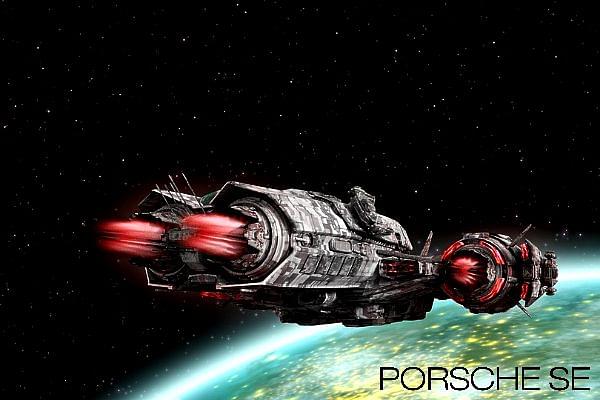 The competition between business magnets became pretty evident after Amazon founder Jeff Bezos and English business tycoon Richard Branson challenged each other to win billionaire's space race, while Elon Musk's company SpaceX is collaborating with American space agency NASA. Now this competition has a new name on the list—Porsche SE.

Considering the fact that these billionaires have a strong desire for space, it comes as no surprise that the luxury car manufacturer Porsche is joining the private space race alongside Bezos, Branson and Musk.

Porsche Automobil Holding SE or Porsche SE is a corporation that has a controlling part in Volkswagen AG, which is the parent company of Porsche. On 28 July, the Porsche SE stated that it has invested in a Munich-based firm that designs and manufactures launch vehicles for satellite transportation, Isar Aerospace, with an aim to securing access to upcoming technology. It also added that "the investment was part of a new financing round of Isar Aerospace".

According to the statement published on Porsche SE's website, Lutz Meschke, who is a member of the board of management responsible for investment management, said: "As an investor with a focus on mobility and industrial technology, we are convinced that cost-efficient and flexible access to space will be an enabler of innovation in many industry sectors. With Isar Aerospace, we are investing in a company that is well-positioned to establish itself as a leading European manufacturer of launch vehicles."

Additionally, Porsche SE is investing $75 million in Isar Aerospace as part of a $165 million fundraising round led by venture capital firm HV Capital and Swiss bank Lombard Odier. This funding will help Isar to expand launch, manufacturing and production capabilities. Stella Guillen, the chief commercial officer of Isar said: "Isar has shown that it has a good business plan and that they can tell the story of how space can be a trillion-dollar economy by 2040. This is a huge sign that European investors are waking up to the benefits of space."

Isar Aerospace operates in the same sector of the space business as Bezos' Blue Origin and Musk's SpaceX, both of which specialise in low-cost, low-earth-orbit satellite launch services.

Porsche SE said in its statement that with "Spectrum," the company's first launch vehicle, Isar Aerospace hopes to launch its first satellite next year, providing a more cost-effective and flexible launch capability for satellites. The cost savings over currently available launch vehicles will be achieved primarily through a high degree of automation in the rocket production process.

According to the statement, because of recent advancements in satellite technology and resulting business models, such as connectivity and earth observation, demand for small satellite launches is expected to increase significantly in the coming years. It also added that as existing launch capacities are insufficient, too expensive, or too rigid, private companies such as Isar Aerospace seek to meet this demand in a more cost-effective and flexible manner than established space companies.

Isar CEO Daniel Metzler said: "A competitive and diverse space ecosystem will be crucial for humanity in the decades to come. We are convinced that European cooperation, a level-playing field for all players, and a demand-driven approach will provide customers with access to different and internationally competitive launch capabilities for a broad spectrum of payloads. The U.S. has shown that cornerstone contracts based on demand — instead of political parameters — are preparing the ground for innovation and growth in the space sector."