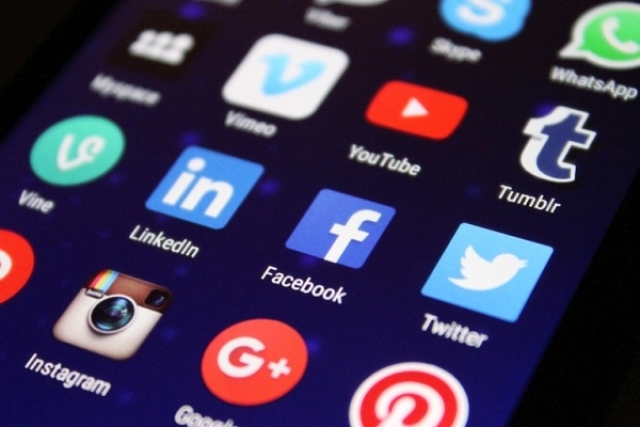 “I'm frightened because our enemies are no longer known to us. They do not exist on a map. They're not nations, they're individuals. And look around you. Who do you fear? Can you see a face, a uniform, a flag? No! Our world is not more transparent now, it's more opaque! It's in the shadows. That's where we must do battle. “

In one of the sequences of the movie The Clanging of the Swords -IV, the soldiers of the Iraqi army raid the homes and hideouts of several military bosses and government leaders working with the United States.

None of the four parts had a Hollywood-styled release in multiplexes and theatres across the globe. Unlike Dunkirk, Pearl Harbor, Fury, Saving Private Ryan, or The Hurt Locker and other renowned war movies, none of these four parts were backed by any big production house from Hollywood, and were therefore released online.

Yet, the fourth part of the movie went viral, gaining traction amongst inquisitive viewers in Europe and the Middle East. The movie had been produced by the Islamic State in Iraq and Levant, or ISIS, as they are known across the globe.

The impact of The Clanging of Swords - IV was terrifying. Right after its release, the pro-government leaders in Iraq, working with the United States, offered an explanation for their actions. Confusing the fictitious movie sequences, where ISIS fighters were playing officers of the Iraqi army, with real-world occurrences, many military and political leaders exposed their themselves, their families, and their secret locations.

Soon, they were hunted down by terrorists of ISIS and killed. A couple of weeks after the release of the movie in June 2014, Mosul, Iraq’s second-biggest city was captured by ISIS.

Some Iraqi soldiers were so horrified by the sequences in the movie that they did not even resist the capture of Mosul. Dropping their arms and burning their uniforms, they mixed up with the locals, leaving no trace of their past employment. The movie had served its purpose.

Five years later, in hindsight, the movie may appear to be merely one of those many online shenanigans of ISIS that made it popular amongst gullible teenagers in states like Germany, Ireland, Italy, New Zealand, United Kingdom, United States, Pakistan, and even India. However, with a few Twitter, Facebook, and YouTube accounts alone, ISIS proved itself to be far more powerful than Osama Bin Laden, who operated from the caves of Afghanistan.

ISIS ushered the age of social media weaponisation. Sermons were no longer being served from poorly recorded videos or from discreet caves of the Hindu Kush, but online, in the form of tweets, posts, and images. Live streaming of beheadings became a norm as ISIS reached out to a global audience. Almost all videos had subtitles in English, thus bridging the cultural gap between the regressive world of ISIS and the progressive one in the West.

The social media messaging by ISIS was not restricted to recruitment or propagation of violence alone. A majority of the content was focussed on the spread of fear and to intimidate the Shiite population of Iraq. A few digital circulations also portrayed the ideal world under the reign of ISIS where workers were shown coordinating food and medicine deliveries.

The idea behind this social media weaponisation was simple - cut one head and two more shall take its place.

ISIS created content that invited coverage from media outlets across the globe. The coverage by these outlets thus ensured a global audience for ISIS’ activities.

Further, even if the content was taken down by Twitter or YouTube, as it was in the case of The Clanging of the Swords Series and other similar movies, the media stories fueled the propaganda. Thus, the terrorist group gained sympathisers and fighters from across the globe at a swift pace and the process of social media weaponisation went on.

A few days ago, five young boys uploaded a video on a social networking platform TikTok, stating that if the children of Tabrez Ansari, lynched in Jharkhand, grew up and avenged their father’s death, then the people shouldn’t say that a Muslim is a terrorist. Given the format of TikTok, the video was picked up by other accounts and many other users uploaded their own version with the same audio.

What should have been a condolence message for a man lynched turned into a communal provocation. The total follower count of these five boys, collectively called ‘Team 07’ was over 50 million. Though TikTok took down the video and later suspended their accounts, the damage had been done.

As of today, a simple Google search can link one to results with the video that was taken down and videos shot by other users with the same audio.

The intervention of Mumbai Police, at a very later stage, and even TikTok, was good enough to suspend the messenger but not the message. TikTok, as of today, has a countless number of videos with communal messaging, some using the audio from ‘Team 07’ while some recording their own versions, and many of them will go unnoticed by the law enforcement agencies, and yet, they will be critical in weaponising social media.

Today, the prospect of the return of ‘Team 07’ is being cheered on by millions of online fans, irrespective of the communal tension they were trying to create.

However, it is not only about these five ‘influencers’ of TikTok. Another actor whose claim to fame was Bigg Boss, a show hosted by one of India’s biggest celebrities Salman Khan, and Comedy Nights with Kapil, circulated a self-recorded video where he was urging 40 crore legal and illegal Muslims to come out in the open and riot.

The same actor’s TikTok account also features members of the above mentioned ‘Team 07’ in many videos. As of today, the actor has an active verified account on Twitter, YouTube, TikTok, and Facebook. The video where he urges Muslims to riot has not been taken down by any platform.

The above instances may seem trivial compared to what a movie like The Clanging of the Swords-IV was able to accomplish. However, it does highlight the potential damage a user online can usher with an average smartphone and a cheap internet connection, even if the users are with verified accounts on Twitter and TikTok.

This was not the first instance, however, in India, where social media was being used to exploit communal faultlines. In 2018, in three charge sheets filed by the National Investigation Agency, a former air hostess was named for running Facebook Pages, WhatsApp groups, and Telegram channels through which she carried out recruitments for ISIS in India.

In November 2018, India Today carried out a report on 22 Kerala youngsters who went to Afghanistan to fight for a terror group after being radicalised on WhatsApp groups.

ISIS, when it claimed responsibility for the bomb blasts in Sri Lanka earlier this year, issued its statement claiming responsibility for the attacks not only in English but also in Tamil and Malayalam. The terrorist group was now going beyond the usual drill of issuing statements in English and appealing to a new segment of the population, the same they wanted to radicalise online and recruit remotely in South-East Asia.

Social media weaponisation is not a theory, but a full-fledged industry. Communal faultlines across the world are exploited by extremist and terrorist groups, terabytes of digital content is uploaded online for the world to see, and many young men and women across the world are radicalised. In an age where the internet is cheap and too widespread to be regulated, social media serves as an ideal placement field for the likes of ISIS.

This social media weaponisation has given rise to a new kind of terrorism tactic, that of ‘lone wolves’. Given it is now impossible to carry out 9/11 styled terrorist attacks, groups like ISIS have resorted to hiring people remotely.

These radicalised people then carry out attacks with knives, vans, and cars, as Europe has witnessed recently. The idea of such attacks is to intimidate the societies in the West, and are carried out without any human resource backing from any group.

Thus, all a radicalised young man is required to do is drive his car through scores of people in a crowd, kill a few and get killed in the process, and fulfill their responsibility towards the group that hired them. If fortunate, the family they leave behind are paid off by the terrorist groups.

The terror attack then makes headlines across the world in digital and print publications, the sacrifice of one is used to inspire other recruits on social media, and the vicious cycle goes on.

For many youngsters joining such groups, the motivation does not come from religion alone. A few of these recruits are well-educated, are students of renowned universities in the West, are enrolled in engineering colleges in India, but are driven towards hate after well-scripted and choreographed videos that showcase atrocities against a certain community inspire them to take up arms.

Many do not even care to validate the authenticity of such videos and leave their homes in the hope of pursuing a “holy war”. Thus, a video as trivial as the one recorded by ‘Team 07’ and as elaborate and well-shot like The Clanging of the Swords -IV can be used to incite hate, radicalise gullible men in the name of religion, and possibly, carry out small-scale attacks that injure people, if not kill.

Given the speed and scale at which such content is circulated and how quick the entire process of radicalisation is, the law enforcement and intelligence agencies, often, miss the trick.

Even if one assumes that of the one million viewers on a communally provocative video, only 0.001 per cent of the viewers are convinced of the “holy war”, the extremist group behind that video has one new recruit for every one million viewers. India, by 2025, will have 800 million internet users alone, and this is where the threat in our digital faultlines lies. By the early 2020s, 100-120 million views on any viral video will not be an anomaly, but a routine.

In May 2011, as two teams of the US Navy SEALS raided a hideout in Abbottabad, Pakistan, a man residing near the hideout, in a series of tweets, posted about the blast and gunshot sounds he was hearing.

A few hours later, when the world came to realise that the operation was to kill Osama Bin Laden, the man realised that, unknowingly, he had live-tweeted the biggest military operation in the history of the United States military.

Social Media weaponisation has enabled the shifting of sleeper cell operations online. Yes, not even TikTok or Facebook video, made by gullible teenagers, can be blamed for inciting hate or for a terrorist attack or be taken down instantly, but it is through this muddle that the likes of ISIS or future terrorist groups will make headway into India, a country of 800 million internet users.

In the age of cheap smartphones and cheaper data, social media is where the next battle against cyberterrorism and extremist groups for our intelligence and law enforcement agencies lies, in the shadows.