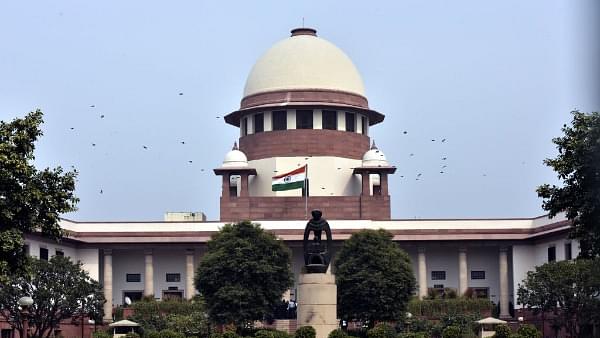 Do we need a “master of the roster” in our courts to schedule cases and allocate work to judges?

Do we need the current court system where counsels shout each other down to make their points?

Does it need to consume so much of the judges’ time if most of the disputes and prosecutions can be adjudged objectively with little personal involvement of judges?

How can the worrying long-term trend of ‘delayed justice’ due to a pile-up of case files in court rooms, be ended?

These were the questions I posed to the students of the National Law School of India University (NLSIU) in Bengaluru, where I was invited to give a lecture recently on the role of artificial intelligence in the legal profession.

If you have been following the developments in the artificial intelligence and machine learning space, you will know that that time is not too far when machines will assist court administration, adjudication, and even support counsels to a great extent. One convincing reason for this transition is that machines are too fast and accurate in learning and memorising indefinite amounts of records and documentation and can help analyse and adjudicate cases without any subjectivity or bias.

Machine learning is reaching a level where machines can read and memorise the entire universe of legal literature, national and sub-national statutes, national and international case laws, and legal publications and academic papers in legal journals, in addition to general news articles. Machines will be able to recall from memory for any relevant dispute or prosecution and analyse objectively to arrive at fair and equitable decisions in pico- or femtoseconds. Machines can today analyse a specific case with respect to its jurisdictional statutes, circumstantial and documental evidence of the case and relevant case law, and help adjudicate the matter in a just and fair manner.

Advanced research in natural language processing (NLP) is enabling machine learning to help understand voluminous unstructured data, including depositions of the complainant, defendant, and witnesses, besides analysing video, audio, and photographical evidence to help settle cases objectively. Machines can now understand your local dialect and ask questions relevant to a case in your language of preference. All these will come in handy in court administration, besides assisting counsels and judges to end the peril of piling up case files in courts.

Early developments in this space are taking place in Canada, which is emerging as a key centre of artificial intelligence and machine learning research. The tools in these spheres are in use in Canada to help lawyers in such areas as compliance, contract analysis, case prediction, document automation, and e-discovery.

A large number of Canadian legal tech startups are working on transforming the legal profession and the process of adjudication using latest developments in artificial intelligence and machine learning. For instance, ROSS Intelligence, an artificial intelligence engine developed by a group of students from the University of Toronto, has captured the imagination of everyone. Further, a virtual ROSS Legal Assistant powered by IBM Watson using NLP was developed and deployed to understand questions posed by lawyers, pick up the right statutes, case law, and secondary sources from its memory and return evidence-based answers in no time.

Going a step further, ROSS constantly monitors the case law, journals, and legislation like a professional lawyer and uses its machine learning capabilities to continuously improve its learning and thereby its results, which in turn helps produce outcomes far more accurate and in quick time.

Similarly, Tax Foresight, a joint initiative by a Canadian startup and Thomson Reuters, predicts what a court of law should hold in a particular circumstance, with over 90 per cent accuracy. Tax Foresight would ask relevant questions about clients’ position and analyse all orders passed by the Tax Courts of Canada, the Federal Court of Appeal and the Supreme Court of Canada to arrive at the right decision.

In the United States (US), judges in some states are allowed to use artificial intelligence algorithms as part of the sentencing process. Many law enforcement agencies are using the algorithms to predict crime occurrence. However, this hasn’t in any way reduced the expertise required from the judicial system and the law enforcement agencies. Many of the algorithmic tools are available in the US to conduct legal research, predict legal outcomes, and even to find out which lawyer will win before which judge in a particular case.

And these artificial intelligence skills will get more refined as machine learning and predictive coding become more advanced, with the deployment of deep learning, where machines learn autonomously. With deep learning, algorithms will surpass the normal capacity of human brains and would start behaving far more efficiently than the currently available tools. That is no too far away, and may happen in a year or two.

MikeLegal is Asia’s first artificial intelligence-powered legal associate to help lawyers save time on mundane work and spend time more productively. Using advanced artificial intelligence, MikeLegal sieves through millions of documents to offer the relevant answer by learning the context and intent of the research. MikeLegal, empowered with IBM Watson, has two key products – one for trademark search and management named ‘MikeTMSuite,’ and the other, ‘MikeLitigator’, focusing on legal research.

Closer home, a legal tech startup called CaseMine has developed a virtual legal research assistant, CaseIQ, to automate routine legal tasks. CaseIQ reduces research time from up to 50 per cent and, therefore, a research project that lasts a couple of weeks can now be reduced to a few hours. CaseIQ helps judges too. If they inject submissions by counsels of the appellant and respondent into CaseIQ, it would throw up what both parties missed out on important precedents and lines of thought with respect to the case.

CaseIQ too uses NLP and text analytics techniques and is built on a library with unique algorithms. Hosted in the cloud and offered as a SaaS (software as a service), this engine also incorporates tools for data visualisation, collaboration, archiving, and drafting.

Notwithstanding these developments and enough and more evidence, a section of senior lawyers and law school professors in India, however, think that artificial intelligence will not allow their associates and students to refine their research skills. But the fact remains that harnessing and using the technology in legal research is a new skill that will make young lawyers and law students learn faster and become more efficient.

As research and development continues in this space, the march of artificial intelligence cannot be stopped, even in India. The only factor that can hold back Indian judiciary from embracing artificial intelligence is the limited progress of digitisation in the judicial system. It is commendable that most of the judgements and orders delivered across the Indian judicial system today are digitised, thanks to the e-Courts Mission Mode Project and National Judicial Data Grid. However, very little effort has been made to digitise and archive old judgements, legal literature, legislation, and rules. We require all these records in digitised formats to read, memorise, and analyse to bring about a radical shift.

Also Read: Tech Solutions, Like Blockchain, Won’t Help Much In Solving The Crisis In Judiciary