The World May Soon Root Out Terror With An ‘Ion’ Hand 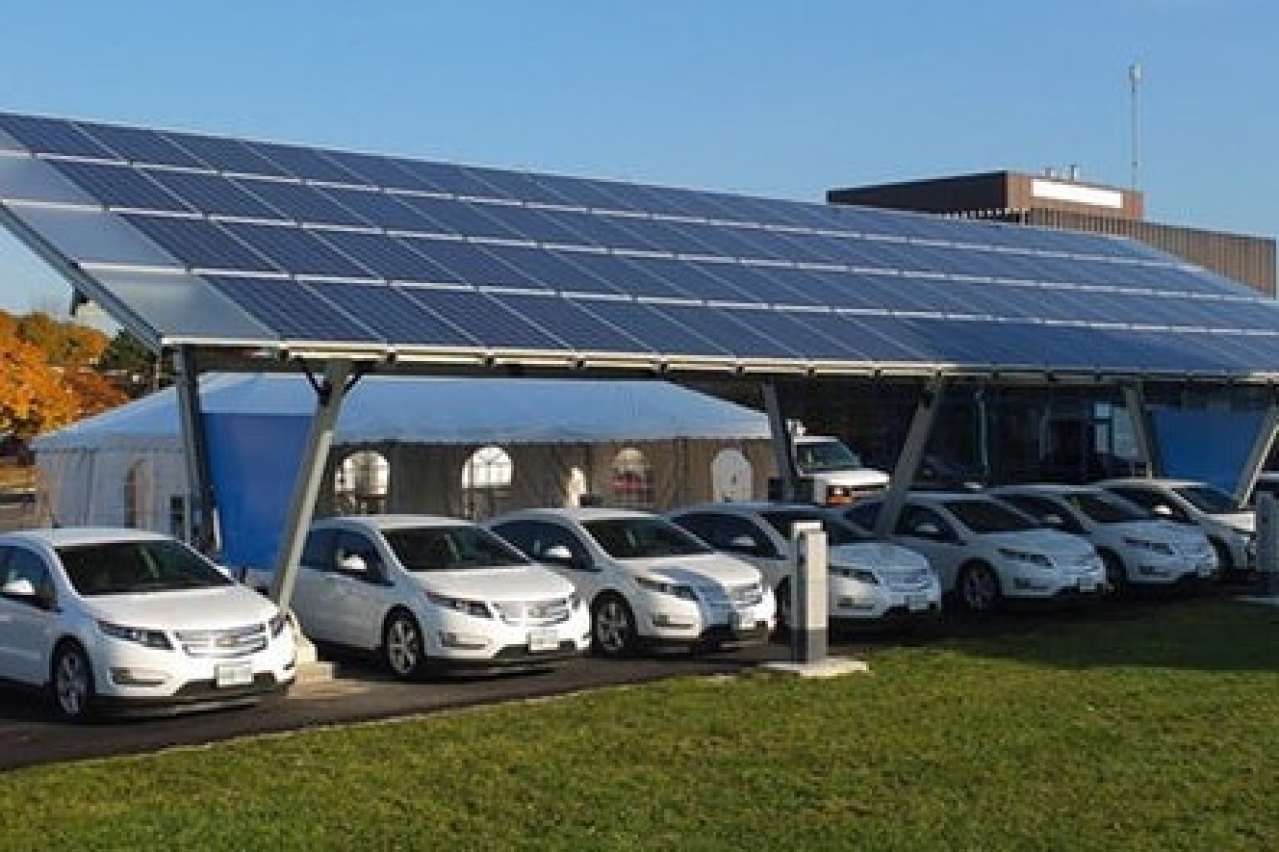 With terrorism today being a global phenomenon, hardly a day goes by when one does not hear about an incident on such lines in some part of the world. Terrorist attack on an Army camp in Kashmir, a bomb blast in Afghanistan or Pakistan, a lone wolf attack by an Islamic State-affiliated terrorist in Europe, manslaughter by Boko Haram in Nigeria or by Al-Shabab in Somalia, mass shooting in the United States or attacks by Palestinians in Gaza/Israel are almost daily occurrences. There is no one certain answer as to why in a matter of a few decades, the entire world has been engulfed by this menace. But the most probable answer to this question is a simple three-letter word -‘oil’.

The countries of Saudi Arabia, Qatar, Oman and Kuwait are home to a miniscule proportion of the world population (4.32 crore people to be precise) but hold an abnormally high share of global petroleum reserves and the production of crude oil. With low domestic requirement vis-a-vis production, most of these countries export a major portion of their crude and generate billions of dollars in the process. Such is the level of oil money generated by these countries that their citizens are not required to pay any taxes on their income, something which is completely unimaginable in most parts of the world. Even after spending lavishly on all kinds of infrastructure and other projects for the welfare of their citizens, these countries still have billions of dollars to spare. And, there the role of Islamic charities and trusts established in these countries commences.

It is the duty of every Muslim to donate 2.5 per cent of his annual income (zakat) to charity. However, in the overtly religious Islamic states of the Middle East, funds much greater than the mandated zakat are collected (like in the instance of Saudi Prince Alwaleed Bin Talal who in 2015 pledged to donate his entire fortune of $32 billion to charity or the initiatives undertaken by the King Faisal Foundation and its Centre for Research and Islamic Studies across the globe). While the aim of global charities such as the Bill and Melinda Gates Foundation is to provide relief to the poor across the world irrespective of their religion or colour, the sole aim of the charitable trusts established in these countries is the propagation of the Saudi Arabian version of Islam or the ‘Wahhabi’ Islamic thought through the construction of mosques and madrasas.

‘Wahhabism’ (called so after its founder Muhammad ibn Abd Al-Wahhab) aims to restore Islam to its purest monotheistic form (Tawhid) and thus removing idolatry, impurities and innovations that may have seeped in on the way. The ideology is known for its contempt for non-believers (or non-Muslims) as well as for Muslims who do not subscribe to the ideology. It is worth noting that more often than not, insurgents across the globe subscribe to this particular Islamic school of thought.

Corresponding with the change in fortunes of Saudi Arabia starting in the mid 1970s, the ideology has been exported to every nook and corner of the world through mosques constructed with Saudi support. Even today, while Saudi Arabia bluntly refuses to accept a single Syrian or Rohingyan refugee, it has offered to construct mosques (with Saudi imams) in Germany and other European countries for those finding refuge in Europe. Imagine an Afghan escaping the Taliban in Afghanistan only to encounter Wahhabism in faraway Germany. This Wahhabi ideology backed by petrodollars already has or is overpowering most moderate and tolerant Islamic philosophies across different geographies. It is safe to assume that till the time easy oil money is available to these countries, they will continue to radicalise gullible people across the world through an ideology that is at loggerheads with the modern civilisation. Only if their hegemony over global energy supply is ended, will the prospects of a peaceful and terror-free world improve. This is where the ‘electric car’ comes as a ray of hope for the entire humanity.

With growing realisation of the ill impact of pollution on the environment, countries and people across the globe are trying to migrate to cleaner and green technologies. This has led to the realisation the world over that non-polluting or electric vehicles (EV) are the need of the hour. Consequently, during the year 2017, the world witnessed the sales of electric vehicles rising by 100 per cent (over 2016) to an all-time high of 1.1 million units with China being the largest market for electric cars with the sale of 579,000 units. China also accounts for 99 per cent of electric buses and two-wheelers operating in the world, with 370,000 electric buses and 200 million two wheelers. United States was the second largest market for electric vehicles with sales of 198,000 units in 2017. In Norway, electric cars accounted for 39 per cent of all new cars sold in the country. In Japan, the number of electric charging stations has exceeded the number of petrol pumps operating in the country.

Even in India, a start has been made with cab aggregator Ola operating a fleet of electric cars in Nagpur and the Government of India coming out with an order of 10,000 electric cars for its officials. Sensing a global shift in customer preferences, almost all leading global car manufacturers have launched EVs or have announced their foray into this segment. American electric car maker Tesla leads the world in devoting its entire lineup to electric vehicles, while Volkswagen, Volvo and General Motors have also announced that they will go all-electric in the coming decades.

The biggest impediment in the growth of the electric car market has been the high cost of the car and the lithium ion battery that it uses. The lowest priced vehicle being currently offered by Tesla Motors called the Model 3 is sold at $35,000 or Rs 24 lakh. In addition, adequate charging station infrastructure is required to be in place so that owning an electric vehicle does not become a hassle for the consumer. The electric cars currently available can travel a distance of 200 to 300 kilometres on a single charge and it takes 25 to 30 minutes to fully charge a vehicle even on a direct current rapid charging facility. In case of commercial electric vehicles such as trucks, it is likely to cause a major obstruction, as trucks will have to stop every 200 km for a recharge, thus increasing the time needed to cover a distance of say 2,000 km.

But there is hope as already in countries of Western Europe, China, North America and Japan, thousands of new charging stations are being opened every year. Almost all of these charging stations are integrated with Internet applications to provide information on availability of charging points. In addition, these charging stations have inbuilt cafes in order to take care of the consumer while a vehicle is being put on charge. Also, companies such as Tesla Motors are pouring billions of dollars in facilities such as the ‘Giga Factory’ initiative where it mass produces batteries and undertakes research to improve performance. It is expected that all these initiatives will soon yield results and help in lowering the cost of the battery used in an electric car, which currently accounts for up to 50 per cent of the total car cost.

The electric car has the added advantage of the lost cost of refuelling as the cost of charging the vehicle is several times lower than the cost of petroleum-based fuels. Thus, over a period of time, the cost of running an electric vehicle will turn out to be much lower than a conventional car. With the competition heating up in the electric vehicle space, it is almost certain that within the next few years, such vehicles would be made more affordable and brought within the reach of common man across all developing countries.

The current trends of growth in sales of electric cars indicate that the demand for oil or petroleum will continue to rise till the year 2030 after which it will start falling as more and more consumers across the globe shift to electric vehicles on account of their improving affordability and reliability. With the demand for petroleum actually falling post-2030, it should spell a death knell for all oil dependent economies of the world. The hardest hit would be Saudi Arabia, Qatar, Oman and Kuwait, which have very little alternative sources of revenue and depend almost entirely on petroleum for their survival.

With the falling demand for petroleum choking their supply of money, this would also be the beginning of the end for the so called Islamic charities operating in these countries, which solely operate for the purpose of spreading the hardline Wahhabi Islamic thought. Although great damage has already been done and these countries may continue to generate revenues for may be 10 years after 2030, this ultra-radical ideology is poised to face its greatest existential challenge from the seemingly unassuming technology called the ‘electric car’.

10 Reasons Why High Oil Taxes Are Good For India; They Are Also An Antidote To Jihadi Islam

The writer has an MBA in Finance and is based out of Jammu. He tweets at @us3d19