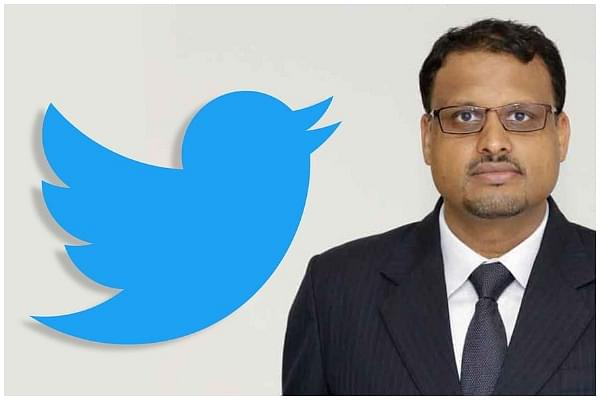 Manish Maheshwari, the India head of Twitter, has been transferred to the United States on 13 August. He will take on the new role based in San Francisco as Senior Director, Revenue Strategy and Operations focussed on New Market Entry.

This move comes amid Twitter’s clash with the Indian government and after an FIR was filled in Uttar Pradesh in connection with an investigation into a video of an alleged hate crime.

Even though the microblogging platform did not specify any reason for Maheshwari’s role change, it is possible that the recent legal issues could have played a part in his transfer.

Yu Sasamoto, Twitter Vice-President of Japan and the Asia Pacific, announced the news in a tweet, which reads: “Thank you to @manishm for your leadership of our Indian business over the past 2+ years. Congrats on your new US-based role in charge of revenue strategy and operations for new markets worldwide. Excited to see you lead this important growth opportunity for Twitter.”

In response, Maheshwari said: “Appreciate your support @yusasamoto for this new role. Thank you to all the Tweeps, clients and partners in India that I have worked with over the past few years. Looking forward to leverage my India experience to drive revenue growth in new markets around the world.”

Twitter’s Chief Customer Officer, Sarah Personette, said in an email to the employees that after working for two years as the Twitter India head “Manish will be taking on a new role in San Francisco as Senior Director, Revenue Strategy and Operations focused on New Market Entry — reporting to Deitra Mara".

As reported, the email also noted that Kanika Mittal, Twitter's current Head of Sales, and Neha Sharma Katyal, the company's current Business Head, will handle revenue and sales in India and report to Yu Sasamoto.

Additionally, Personnette said: “Instead of a single country Director, India leadership Council will guide and support the team moving forward… As we continue to invest in India as a strategic, high growth market for our company.”

“I want to share a massive thank you with Manish for all he has done as our India lead — especially during extraordinarily challenging times. I’m excited to see you in the new role, where you can leverage all that you have learnt in leading India to help impact the rest of the company,” the email further added.

The Times of India reported that Krishna Iyer, the head of channel sales for Twitter India, will now report to global business partners, as will Mitchell Kreuch, who leads the APAC “agency development” function.

He will almost certainly be a member of the leadership council.

However, Maheshwari was the CEO of Network18 Digital before joining Twitter. He has also worked with companies such as Flipkart and P&G, among others.

But as the chief of Twitter India, it hasn't been an easy few months for Maheshwari.

Since February, Twitter has been in the news for several issues. Twitter Public Policy head, Mahima Kaul, left the company in April, the India office in Delhi was raided in May, an FIR was lodged against Maheshwari in June for alleged hate crime-related videos and another FIR was filed against the India Twitter head in the same month for allowing an incorrect India map on the platform.

Amid the clash between the government and Twitter regarding the new IT rules, Twitter also faced court proceedings for taking too long to appoint a chief compliance officer (COO), a resident grievance officer (RGO) and a nodal contact person permanently in India.

But on 6 August, the company told the Delhi High Court that it has recruited all the officers to comply with the new IT Rules.

Now, while it appeared to have reached an agreement with the government, Twitter has been accused of bias and interference in the country's political processes by the Opposition Congress and its top leader Rahul Gandhi, after blocking the accounts of many party functionaries.

In response, the company said It took the action after Congress and its leaders tweeted pictures of the family of a nine-year-old victim who was allegedly raped and murdered in Delhi.