Upcoming Windows 11 Launch Is Part Of Push To Cloud Computing — But Isn’t Google’s Chrome Already There? 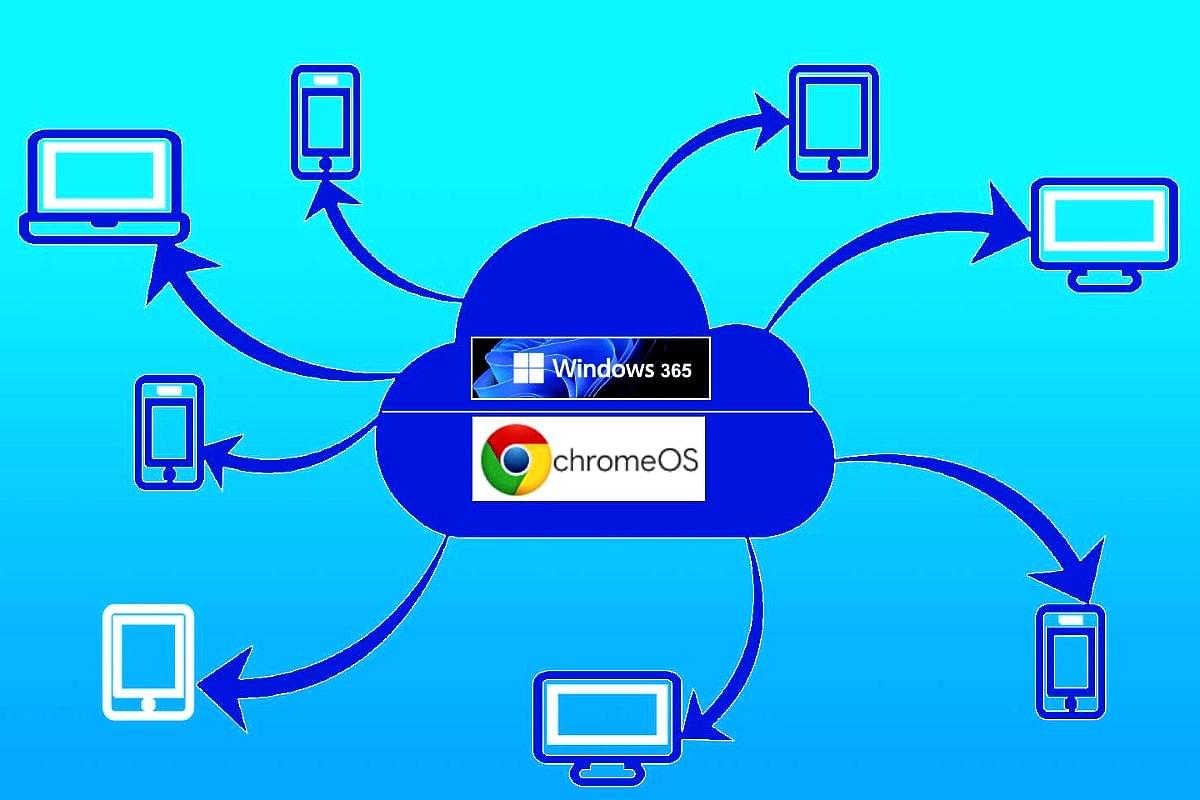 After a long race, you arrive hot and breathless at the finishing line, only to find your biggest competitor is already there, cool and relaxed, saying: “Welcome to the club”!

At the risk of seeming facetious, this is roughly what is happening right now in the world of cloud computing solutions and operating systems.

Microsoft recently announced the upcoming global release on October 5, of Windows 11, the next iteration of its operating system for desktops and laptops, now six years old.

It promises multiple tweaks and improvements which make multitasking and shifting seamlessly from platform to platform a cinch.

New Artificial Intelligence-powered widgets help users personalise their desktops with custom feeds, to an extent never possible before. Like Windows 10, the new edition will be a free download for legal users — but they are not likely to be invited to upgrade till sometime in 2022.

New desktop and portable PCs bought later this year, may come pre-installed with Windows 11 — or with a free assured upgrade of Windows 10 (Details here).

Microsoft preceded the announcement of Windows 11 with a curiously timed announcement: that 10 years after it converted its office suite into Office 365, a cloud-based pay-and-use utility, it was going to do likewise with its operating system, Windows.

Windows 365 is said to be a cloud service that delivers a new way to experience Windows, streaming personalised apps, settings, and content from the Microsoft cloud to any device.

Users select Windows 11, once it is generally available, along with a configuration of processing power, storage and memory that suits their needs.

They then access their Cloud PC through a native application or web browser on any device, from anywhere with an internet connection.

Microsoft is touting this as a new working model in the New Normal of Work-From-Home or, at any rate, Work-From-Anywhere: “Remote workers flip the lid on their laptop, bootup the family workstation or clip a keyboard onto a tablet, launch a native app or modern web browser and login to their Windows 365 account. From there, their Cloud PC appears with their background, apps, settings and content just as they left it when they were last there — in the office, at home or a coffee shop!”

Such smooth working comes at a price. Your devices (you can work on up to 5) need to have 12 GB of RAM and 512 GB of storage. It then costs a minimum of Rs 2,410 per user, per month, to subscribe to Windows 365 — and that can amount to a pretty pile of cash even for a small office of a dozen users (check plans here).

But it is in sync with current industry trends that make you subscribe to popular business software rather than buy it outright — making you pay again and again for perpetuity.

While Windows 11 will continue to be free for existing users of a legal version of Windows 10 or earlier, at the least, till its support ends on 14 October 2025, home users are already having to pay Rs 4,899 annually for a single user and Rs 6,199 for up to six users in a family, if they want to access what used to be the Microsoft Office suite for document creation, presentation and spreadsheet: what is now Microsoft 365, the cloud-based service, with 1 terabyte of cloud storage free.

This is where Google is able to make a Godfather-like ‘offer you can’t refuse’, because its alternative operating system and office suite is free-to-use for lay users.

ChromeOS, the operating system that Google created for a predominantly always-online user, is 10 years old this year. Most of us installed ChromeOS as a second string to a primary desktop or laptop OS like Windows.

But over years, its USP — being lite, lean-and-mean — saw it creeping on to more and more desktops, laptops and of course Android phones.

But a laptop with Chrome as the only OS? That looked like a case of living dangerously.

Not so. At least, not for today’s mobile-first generation which is used to switching smoothly from smartphone to laptop or desktop multiple times a day and wants a consistent experience: carrying on a task on phone that one had initiated on a laptop or vice-versa.

The other fact of life that underpins a Chromebook — as Chrome-driven devices like tablets, laptops, are known — is uninterrupted Internet. If your mobile phone has a data plan for Internet, it is easy enough to rejig it into a private hotspot so that you can use the same data plan to access the Internet on your nearby laptop.

Possibly to smoothen the learning curve for a laptop that runs only on Chrome, Google uses the term confusingly and interchangeably for the Operating System as well as for its free browser that comes by default on any handphone powered by Android... even the logos are identical.

Once you have continuous access to the Internet, it no longer makes sense to use the laptop or tablet’s real estate to store heavy office applications — or even to store the data or video files you save.

It can all be done in the cloud — which is where Google has put all its free-to-use office and productivity apps: Google Docs, G Suite, Google Drive, Google Workspace, Gmail, Google Playstore… This means you can get away with a minimally powered platform with just enough memory and local storage to run all these applications after going online.

Chromebooks: Is there life without Windows?

Asus has recently launched a quartet of Chromebooks and the smallest and lightest of them is the Chromebook C223 which I have been using for a couple of weeks.

It is arguably the cheapest fully-loaded laptop you can buy today which also raises the question: Can you live without Windows?

Weighing just 1 kg and with a 11.6-inch diagonal LED screen with a HD resolution that approximates to 720p, the C223 has a 38 watt-hour battery that is good to go for a full working day of about 10 hours.

These days, video conferences have become central to our work style and the 720p HD camera and stereo speakers are more than adequate for Skype, Zoom, Cisco-Webex or whatever.

Like all Chromebooks, the C223 uses solid state storage, for a quick start and faster data exchange and 32 GB storage is just about enough provided you “live” online — using only cloud storage; As long as you have no issues being a Google Guy all the way, you will be surprised how much you can do without a lot of hardware-installed tools and apps.

The laptop is fuelled by an Intel Celeron N3350 with 2 MB of cache and this is just about adequate to perform most office functions. Ultimately all Chromebooks stand or fall depending on how good your Internet connection is.

After a fortnight using only the C223 for all my work, I have to admit: yes; you can do your basic office computing without Windows — but there is a learning curve. Considering its very light build, the Asus Chromebook C223 is fairly light on purse — at an affordable Rs 17,999.

By eliminating Windows and the Microsoft Office suite, the makers are able to shave off at least Rs 10,000- Rs 15,000 from the asking price of a similarly sized laptop.

Welcome to the new club of always-on-Internet cloud computing!